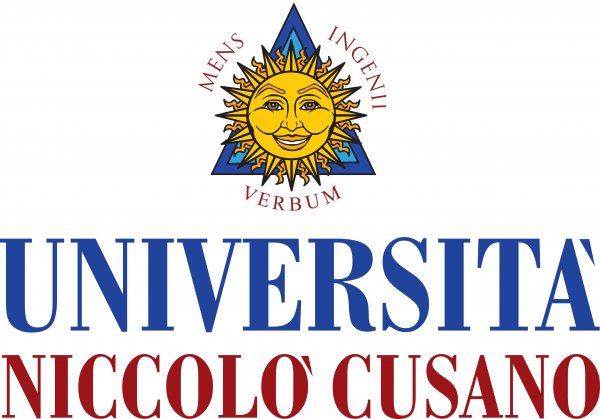 NiccolÃ² Cusano University, founded in Rome in 2006, is a ground-breaking institution which combines Italian academic traditions with the use of innovative technologies. It merges e-learning with face-to-face teaching at its Rome campus, and both methodologies are available to students in accordance with their needs. Our mission is education at a university and post university level, plus the carrying out of scientific research.

Research
The University devotes a large amount of time and space to its research programs, which are an increasingly important part of it educational activities, especially in the fields of engineering and medical science. In 2017 it reached sixth place in the special category VQR (Evaluation of Quality of Research) compiled by the National Agency for the Evaluation of Universities and Research (ANVUR). This important result was achieved by the Faculty of Engineering, thanks to the efforts of its teaching staff and funds provided by the university. The engineering laboratory is the â€˜jewel in the crownâ€™ which has enabled Cusano University to also win two PRIN projects (Projects of paramount national interest) announced by the Ministry of Education, Universities and Research.
In its Department of Industrial Engineering, the University has set up several laboratories, fully equipped with cutting-edge equipment. The activities of the following three laboratories should be of special interest to Maker Faire:

In the near future, we shall probably see a significant increase in the use of drones in urban areas, for multiple purposes: delivery of goods, transport of small urgently needed packages, surveillance and anti-terrorism activities. To achieve this, certain aspects involving drone flight and security must be considered. Cusano University is developing systems to reduce the rotor noise of drones and thus their acoustic impact. The novel solutions applied to designing and producing rotor blades have been inspired by certain solutions adopted by animals such as owls and whales, some of which are already widely used in the wind farming industry.

The development of 3D printing techniques has led to new operational practices in cranio-maxillofacial surgery, orthopaedics and heart surgery, thanks to the possibility of planning operations using specially designed and created models which can be printed directly from â€˜custom-madeâ€™ implants (PSI, patient-specific implants). This has allowed surgeons to simulate complex operations and thus reduce the length of time needed and the risk of complications during and after the operation itself. In this sector, the Laboratory of the Science and Technology of Bio-materials at Cusano University is working on the identification and production of new materials and the creation of new biomedical implants, to overcome the limitations of those currently in use, in close collaboration with other laboratories in the field, with Research Centres and health care institutes.

In the virtual reality sector, a laboratory is shown allowing the visitor to interact with a new setup (Oculus Rift visor plus touch controllers) and enter into a reality very similar to a real one. Various scenarios are presented which reproduce the sensorial features of the outside world, allowing the participant to carry out actions in the virtual space which would not be possible in the real world, thus â€˜deceivingâ€™ his or her perception. Users can, in fact navigate the virtual space which reacts to their interactions during their exploration, just as would happen in the real world. Also, software for virtual environment development is available (Unity) a real time program that enables the user to add or subtract objects, or move them in different ways inside the visor.