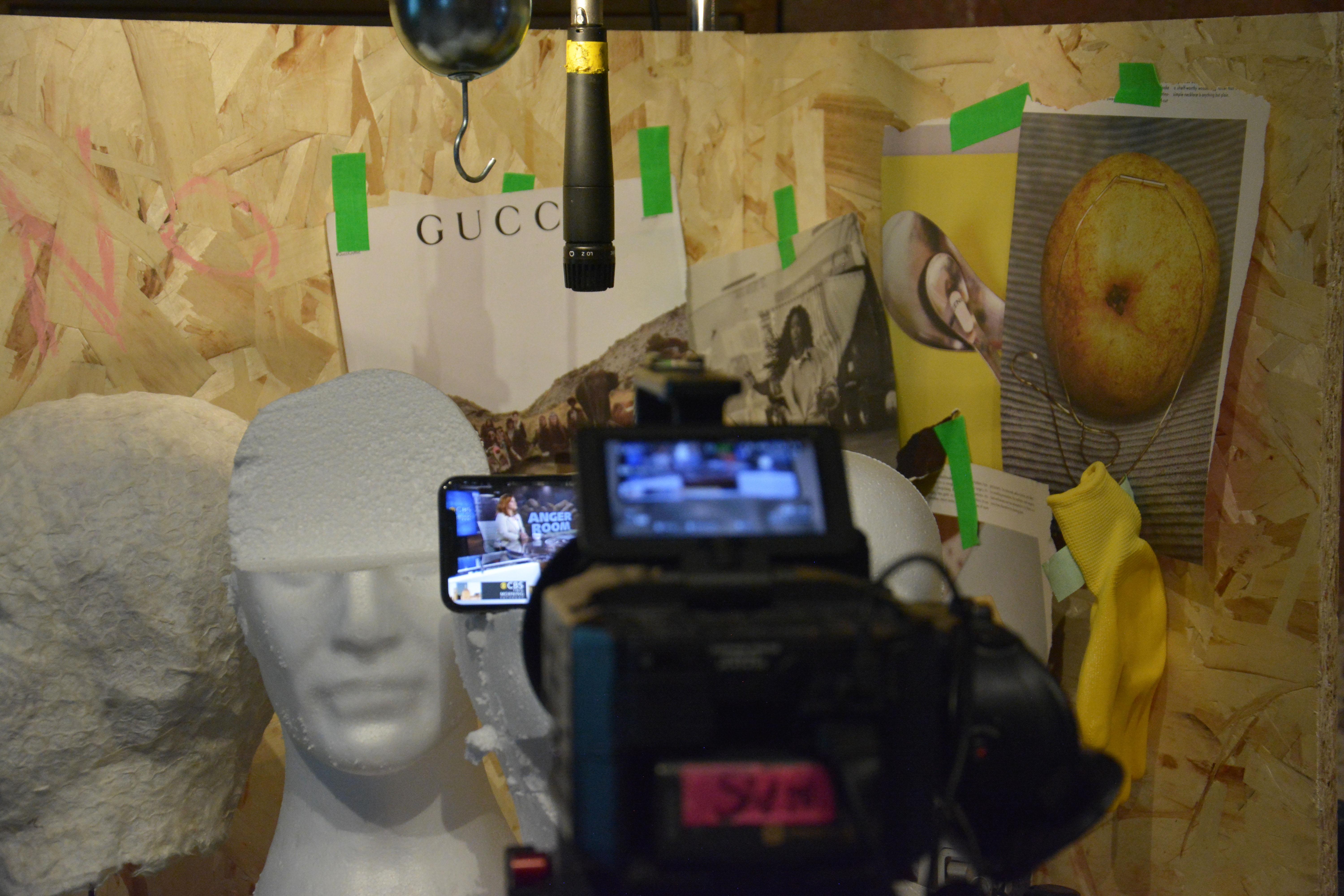 MASBEDO project a sequence of images generated at the moment on multiple screens: the performance is totally improvised and becomes the genesis of a video work. The work, in fact, develops by building itself under the gaze of the visitors, thus allowing them to be witnesses of a creative process. Objects and photographs accumulated on tables represent a static universe that comes to life thanks to the gestures, filmic and musical action of the artists. This a-setting implies that the artists choose to rely on the dictates of insecurity, the latter among the most important topics of contemporary times, staging risk and error, elements generally considered disturbing and unsightly.

“The two artists have worked together since 1999, focusing on video art and installations. They express themselves through the language of video, in different forms such as performance, theater, installation, photography and recently cinema. In Italy they are recognized among the most important video artists and innovators in the field of contemporary art. Their artistic research has focused on the theme of incommunicability, highlighting the paradox of our communication society. This has led them to produce very intimate pieces alongside work with a greater anthropological, social, and political feel. They strive to engage their audience by using the moving image as an immersive installation. MASBEDO have also worked with video-performances to engage their audience within the creative space and gestures created by the video itself.”