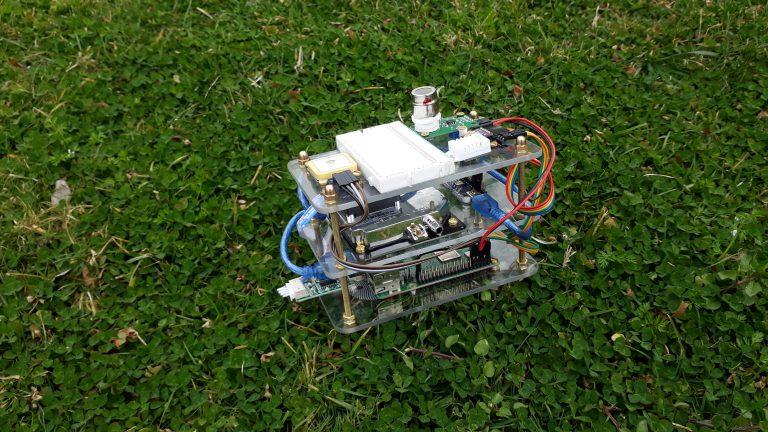 The European Space Agency (ESA/ESRIN) has developed a low-cost customised platform (AQP: Air Quality Platform) to measure Air Quality parameters like CO2, PM2.5, PM10, etc. using a RasperryPi, an Arduino board and several different kinds of low-cost air quality sensors. Several units have been assembled and distributed around Europe, in schools, universities and other locations, allowing the deployment of a network of connected air quality sensors, in the spirit of IoT.

The exhibition will walk you through the AQP hardware and demonstrate the web/software capabilities of the AQP-IoT network.

Since a couple of years, the Italian site of the European Space Agency (ESA/ESRIN) runs some hardware prototyping activities with the goal of producing tangible assets that can be used for outreach, educational and scientific (e.g. calibration, validation) purposes. This has given rise to an internal Making capability, made possible by genuine in-house Makers.

One of these activities aims at measuring Air Quality parameters like CO2, PM2.5, PM10, etc. using a low-cost customised platform built from an ensemble of a RasperryPi and an Arduino board, along with several different kinds of low-cost air quality sensors. This platform is called AQP or AQS: Air Quality Platform/Station. Several of these units have been assembled and distributed throughout different sites around Europe, particularly in schools, universities and other locations with a tie to ESA's Education Office. This has allowed the deployment of a network of connected air quality sensors, in the spirit of Internet of Things and Citizen Science.

Apart from the outreach (there is an artistic AQP unit sitting inside a robotic globe of the Earth which opens like a flower) and educational goals (large events with schools have been organised, see https://aqp.eo.esa.int/aqstation/), ESA has an interest in the scientific value of the AQP, as it can be used to support use-cases such as the calibration and validation of its satellite data (chiefly Copernicus Sentinel-5P, see https://www.esa.int/Applications/Observing_the_Earth/Copernicus/Sentinel-5P/Introducing_Sentinel-5P) or super-resolution (i.e. artificially increasing the resolution of data obtained from space through its fusion with in-situ, local data).

The AQP is also a valuable tool from a technological point-of-view, particularly to the ESA/ESRIN Phi-Lab, a laboratory which has a mission to accelerate the uptake of disruptive innovation and technologies in Earth Observation, as it allows exploring topics which are of great interest, such as the Internet of Things (IoT), Citizen Science and Artificial Intelligence (AI). In this regard, work is on-going to augment and expand the network of AQPs, making it more IoT-enabled. A project exists to deploy dozens of AQPs (standard AQPs with surrounding so-called micro-AQPs currently being designed/procured/assembled) around the ESA/ESRIN site, communicating using IoT protocols and relying on moving calibration platforms (rovers/drones and professional calibration instruments). A medium-term goal is to use the collected data for cross-Atlantic exchanges (in cooperation with the University of Texas at Dallas), exploring how AI can be used to support calibration and prediction/regression in such a context.

The exhibition will consist of a demonstration of the web and software capabilities of the AQP IoT network as well as a walk-through of the AQP hardware. Some more recent, exotic AQP prototypes (a light-bulb, a message in a bottle, a backpack...) are also available for play and display.