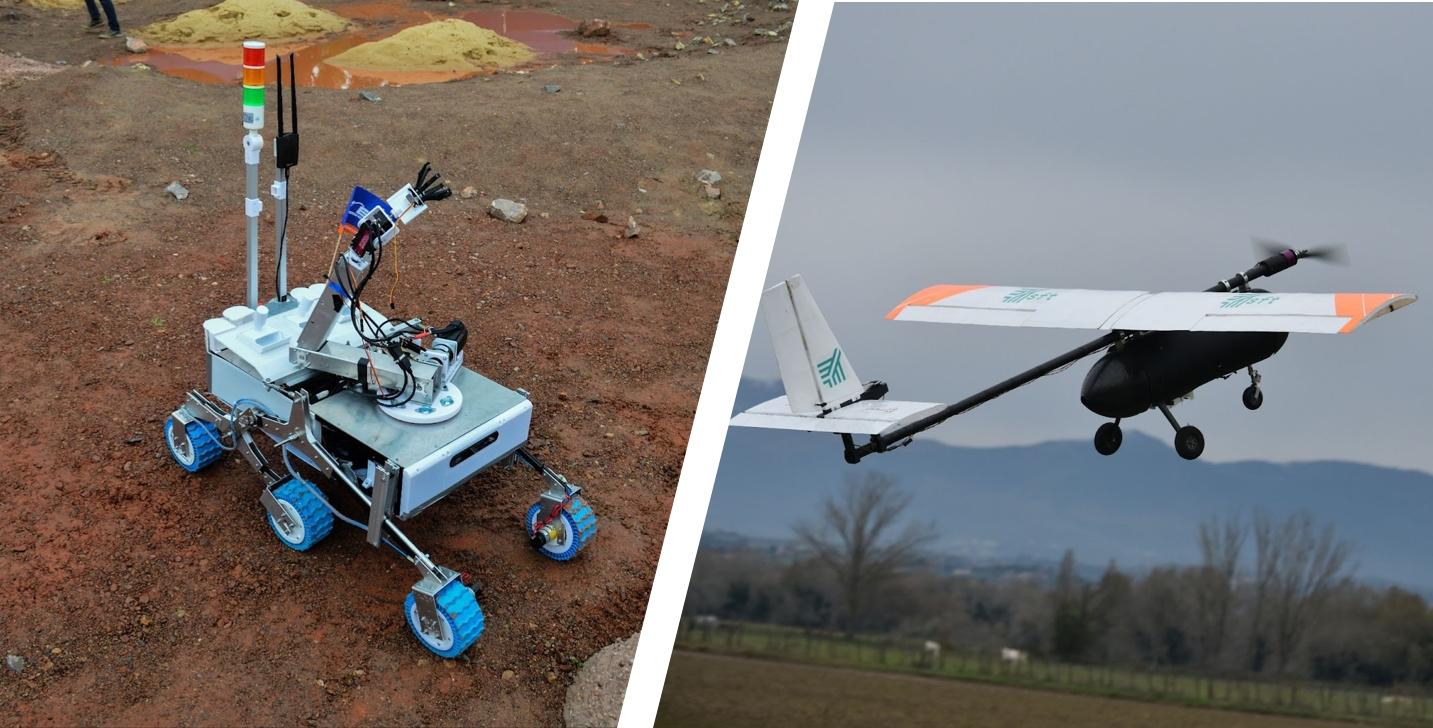 The Technology Team will exhibit past rovers built in the previous years and the project built in 2022, a rover able to autonomously navigate and equipped with a robotic arm that allows to carry out manipulation operations on electronic panels and collecting surface samples. The rover took part in the European Rover Challenge 2022.

The Flight Team design and build an UAV able to flight autonomously,detect objects and deploy a small rover able to navigate autonomously. The goal is the participation in the american competition SUAS.

The Sapienza Technology Team and the Flight Team, are two of the 4 teams of SASA (Sapienza Aerospace Student Association), is made up of university students from various faculties such as aerospace engineering, electronic engineering and artificial intelligence and robotics, control engineering, and Physics. The Technology Team was founded in 2016 with the aim of conceiving, designing and building Rover prototypes as well as developing new skills by applying the theoretical knowledge acquired during the university career. For more than ten years, the Flight Team has been involved in the design and construction of a fixed-wing electric drone with autonomous flight capabilities, capable of carrying out computer vision tasks, and of uncoupling a small self-driving rover. Both teams participate in international competitions with their projects.