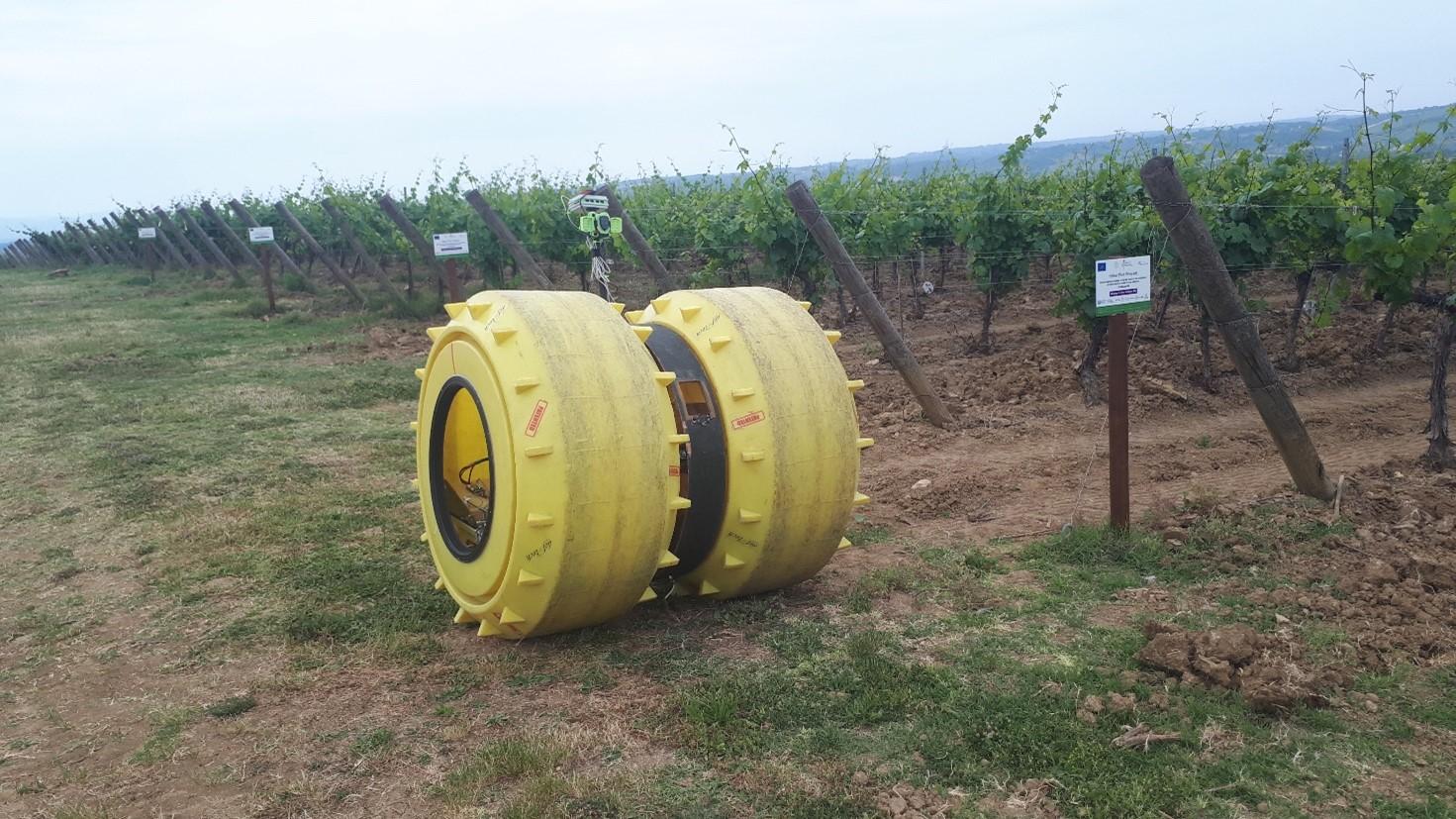 The project shows a new generation amphibious-terrestrial drone whose movement is based on a pendulum system positioned inside it. Each time the pendulum moves, it shifts the center of gravity of the drone and it moves following the new position of the center of gravity. The drone looks like two large wheels that allow you to house the handling equipment, the control electronics and any payload. The handling apparatus takes the form of a cradle on which both the electric motors and the power supply batteries are inserted. The cradle is positioned in the lower part of the wheel and is floating inside and not integral with the wheel itself; in this way, when the wheel moves, the cradle always remains positioned in the part of the wheel closest to the ground. This particular arrangement gives to the drone great intrinsic stability also because all the heavier objects are positioned at ground level. The cradle is in contact with the internal part of the wheels by means of wheels. Connected to these, there are the rotation shafts of the electric motors which, when set in motion, make the cradle "walk" inside the wheel, thus shifting the center of gravity and thus transferring movement to the drone's wheels. The wheels are made of plastic in rotomoulding technology. Due to its intrinsic stability characteristics with the ability to maintain the geographical point, this type of drone would find application both offshore for surveillance activities and on land for example for precision agriculture activities. In this latest application, the drone is appreciated for the weight / size ratio of the wheel which makes it less impactful compared to a normal tractor allowing it to carry out, in perspective, also activities of administration of substances (pesticides, fertilizers, water, etc. .) directly on the single plant thus obtaining targeted treatments reducing waste. In both operational situations (amphibious, terrestrial), depending on the sensors that will be mounted on board, the drone can carry out research activities and could be particularly useful in archaeological environments. This kind of analysis, so as the correct handling of the drones, can be realized only using a complex structure of sensors, which is the aim of the project.

Fabio Leccese: Associate Professor of Electrical and Electronic Measurements and Head of the Laboratory of the same name in the Science Department of the "Roma Tre" University. He is the author of over 200 scientific publications and involved in national and international research and development projects. Currently, among his researches, he is involved in the development of AGRIDRONE and is investigating the interaction between static wireless sensor networks with dynamic systems for precision agriculture.