FoodMakers, a year after: the road to success! 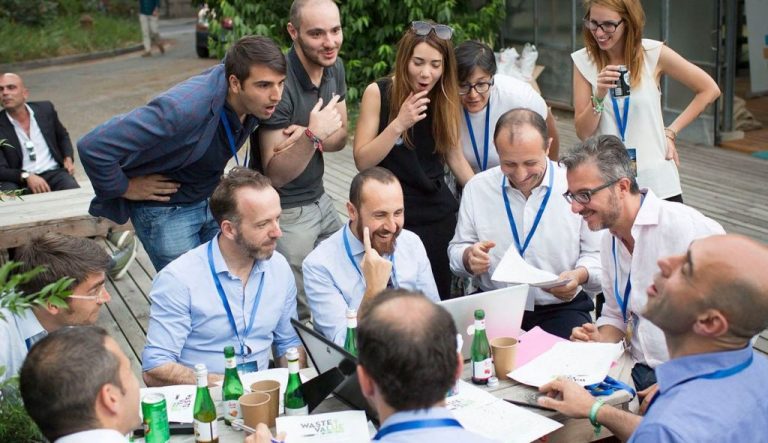 “What do we do at Maker Faire?” “Simple! Trying to take over the world!”

In October, comes back the expected Maker Faire Rome, the event that puts in first priority the ideas and projects from diverse areas, presented to the public and connecting them to the frontiers of the digital world. Maker Faire, the biggest Show & Tell of Europe, is proudly a partner of the Future Food Institute, who sustains and supports extraordinary talents from all over the world; the ones that once again will enter the game of the sectors to be discovered. If we think about the edition of 2017, many were the ideas that managed to be presented in the huge display of Maker Faire, and now, almost a year afterward, we would like to talk about it again. Therefore, we ask one question: How has Maker Faire helped the most innovative and disruptive startups of the food technology and sustainability sectors?

In this first part, we talk about 3 projects oriented to the alimentary sectors. Here they are!

Giuseppe Grammatico has talked about Cooki, a software that allows food experts from the GDO to manage recipes, ingredients and allergies, print labels and menus, as well as fulfilling all the current regulations.

From their participation at Maker Faire 2017, the startup from Bologna has been able to grow considerably. About the team, “We were only two people when we started and now we are five!”, says Giuseppe. About how it works, he shares: “Now it offers a multilingual module and at the end of the year we will have the automatic version”. The team has decided to dream big: “You can’t be true innovation without information. We want to deliver at the Italian government level, eventually to Europe, with standardized information…everyone needs a real guide!”

What is the biggest merit of MFR17 to Cooki? “Maker Faire Rome has given us more visibility and has allowed us to establish contact with many organizations like the National Olympic Committee of Italy”. Giuseppe leaves with this hope: “That in the future, Cooki can be an instrument for all the Italian sports!”

Dina La Greca, the co-founder of BioSpremi, developed a zero waste system that extracts oil olive oil in cold only by pressure and without adding any water. What changed for you this year in comparison to MFR17? “Now we are preparing for the final product tests for the 2018 market, and as a consequence, it has been tiring coming out from the shell”, Dina confesses and continues, “Maker Faire is an excellent opportunity for us, a starting point for important events and partnerships for our project”.

Dina leaves with a fantastic news: ”We are accumulating visibility and we are not closed anymore! It also happened to sell a machine even before it was on sale!”

We finish our brief overview with Sara Teglia, coordinator of the project Waste2Value, based on one challenge: to create a circular economic project of a closed cycle, starting from using the waste of a commercial center in order to give it a new life!

Thanks to a series of hackathons, the project is finished as a prototype that will be presented during MFR18. “The idea” explains Sara “is to reuse the waste of coffee and skins of oranges from the commercial centers and create fertilizers for plants”.

How has Maker Faire helped your project? In the visibility and the promotion of new objectives! “Indeed the Maker Faire has helped us promoting the circular economy model and increasing people’s awareness in the field!”

And that’s all for this first part. Who will be the nexts? Don’t miss our next article about the Food Maker Champions of Maker Faire Rome 2017!