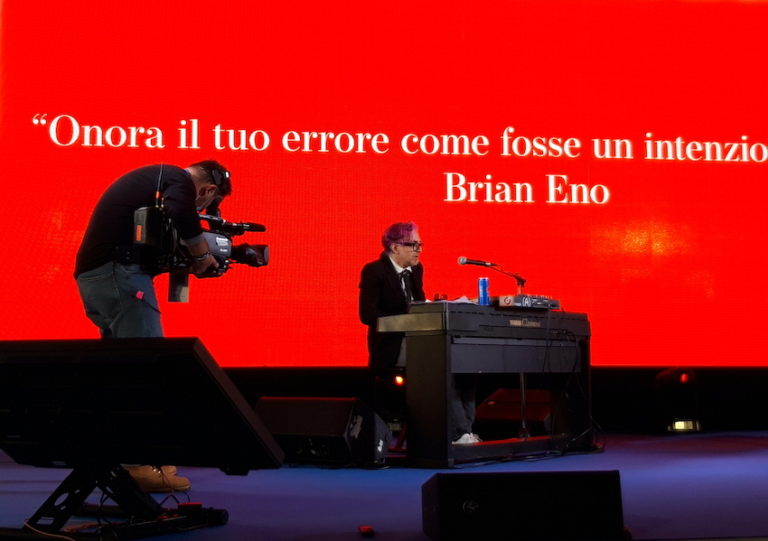 Did you think you’d seen it all at Maker Faire Rome? No, we haven’t. The Innovators’ Fair continues to hold surprises in store. After makers, institutions, researchers and innovators of all kinds, Marco Castoldi, better known as Morgan, made an appearance on the Main Stage. A super-versatile musician, former leader of Bluvertigo, a historic musical group, and host of several editions of XFactor. And many other things. All the signs of music and love of art. What’s Morgan doing at Maker Faire Rome? We’ll tell you here. 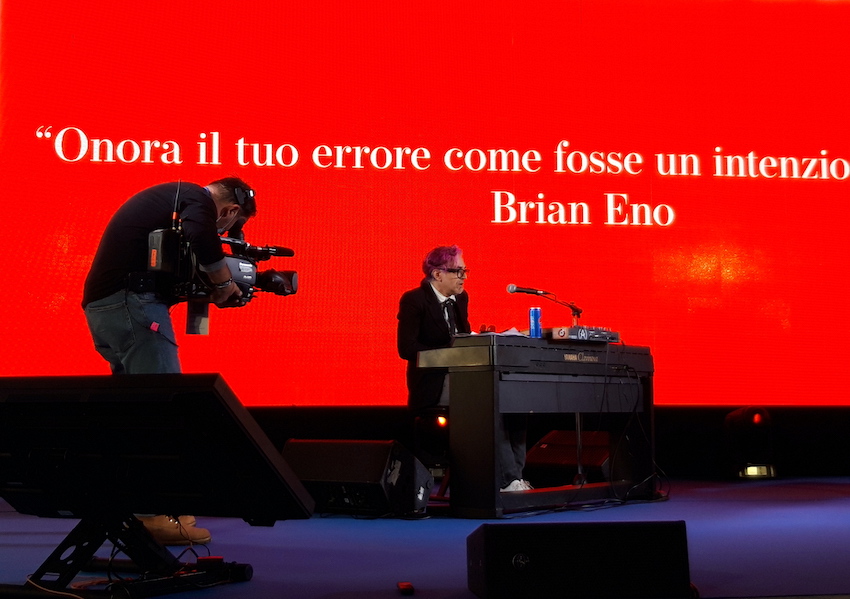 Interviewed by Andrea Laj, curator of Maker Music at Maker Faire Rome 2021, Morgan, seated at the piano, spoke on the theme of Errare. «Error is the basis of the romantic hero, ugly but handsome, Dracula, Jim Morrison. Heroes are mistakes». And the music? Between Petrarch, Brian Eno-like suggestions, the relationship between knowledge and error, Morgan sees error as the meaning of “love”. More than a speech, it is a performance by a seasoned theatre actor. A performance. Error, falling, wandering, loss, poetry. Telling Morgan is, it must be said, a complex thing. It is not just words, but music, poetry, quotations from contemporary music, with jumps in Petrarch’s verses and in the 1200s, Bacon, Robert Fripp and their dissonances, up to David Bowie’s “Heroes”, «an expressionist, a fallen angel», Pythagoras, the concept of tonal music, Wagner too. Why, one wonders, Maker Faire Rome? Because wandering, and therefore error, is the primary building block not only of creativity, but also of creation (craft, artistic, scientific). Now it is clearer. «What is beautiful about error? Bringing together things that are not similar. Dissonance in music».