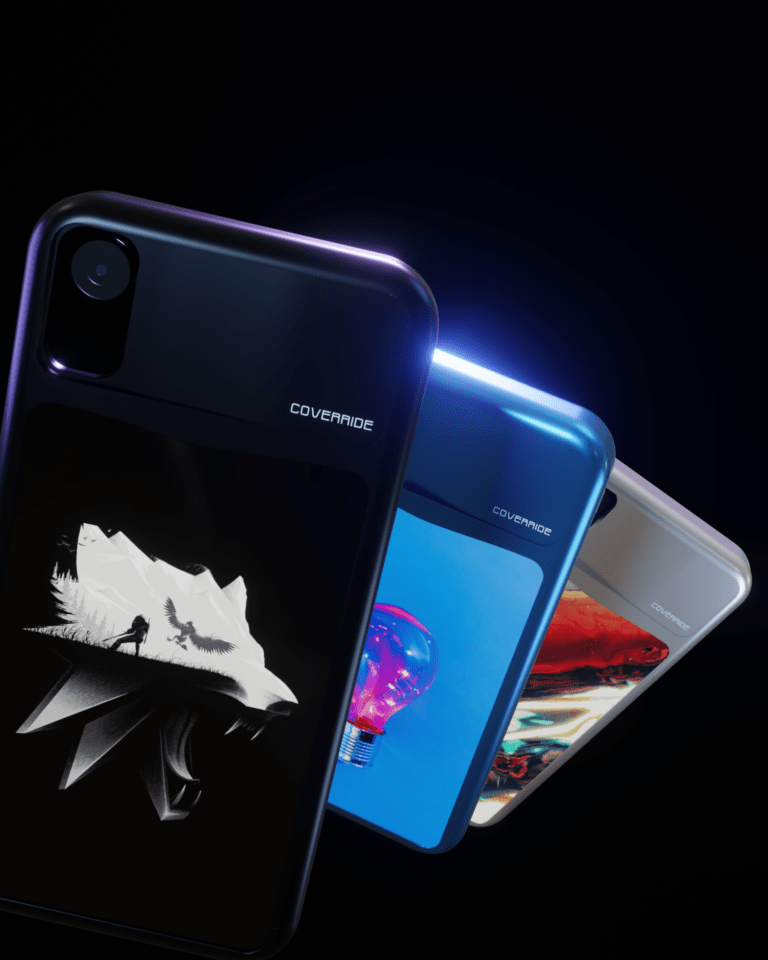 It is a project supported by I3P – Incubatore Imprese Innovative Politecnico Torino, by Invitalia (through the Smart&Start) and by several relevant business angels on the national ICT scene. It is a patented product, Made in Italy and has been elected project of the month of June 2021 by the IBAN (Italian Business Angel Network) committee. We are talking about Coverride, an electronic cover for smartphones developed by Searcode, a startup from Calabria. Coverride was one of the featured projects at Maker Faire Rome 2021. «Today, the smartphone cover sector is mainly based on customisation and the aesthetic contribution offered by the product – explained the company’s CEO, Rizieri Mele –  Coverride – he added – allows you to customise the design of your smartphone at any time, through an app, without new purchases and also with videos and animations». The product comes bundled with an app that has social dynamics, allowing users to share their designs with the community and follow their favourite artists. The designs will then be certified by NFT technology. A US launch is planned for November. In the meantime, we caught up with Rizieri Mele to talk about Coverride, Maker Faire Rome, makers and many other topics. Here’s what he had to say.

How did the idea for Coverride come about?

«Since I was a child I had an interest in IT and its applications and during high school I worked with companies and individuals throughout Italy as a consultant and developer, soon I began to cultivate a dream: to launch my own innovative startup.  The birth of Searcode is almost accidental, during the years of university I met an IT entrepreneur in Rome, Rinaldo Piccolomini, with him we began to collaborate and attend various events, including an event dedicated to WordPress at the headquarters of the most important private incubator for startups in Italy: Luiss Enlabs. We decided that Coverride would be the first project, it was an idea I had been cultivating for a couple of years, observing around me a big market for smartphone covers and several friends who bought at least one a week. Coverride, the world’s first electronic smartphone cover».

«In Coverride – said Mele – there is also a strong impact from the point of view of environmental sustainability as the cover industry produces thousands of tonnes of plastic every year against the principles of circular economy, due to the repetitiveness of purchases, in fact every time the user wants to change design he has to buy a new cover».

Mele, which maker are you?

«I’m a creative person, my goal is to create innovative devices that can disrupt their respective markets. I started with Coverride, but there are several projects in the pipeline, and for some of them we have already received the willingness to collaborate with some university institutes. In the last year I have filed 3 patents with the startup, of which I am an inventor, in different fields: Blockchain & Fintech, Electromagnetic resonance charging & home automation, disability support technologies. As a maker, I want to give life to new technologies, but which are disruptive and which, each in its own way, have a utility for the user and above all a positive impact on the environment».

Why did you decide to bring the project to Maker Faire Rome?

I have participated in several editions of Maker Faire Rome as a visitor, I consider it the most fascinating innovation event in Europe. Each participation has left me with indelible memories, I have always found projects that have impressed me and stimulated my creativity

«During my last visit, in 2018, I promised myself that one way or another one day I would exhibit a project at Maker Faire Rome, this year I did and I’m really glad I succeeded. I am of the opinion that what Maker Faire can give in 3 days, to those who dream of launching a startup or a new product, is invaluable, it opens your mind and guides you in the right direction thanks to the feedback from potential customers and partners».

What convinced you about Maker Faire Rome’s hybrid version (online and in-person)?

«The hybrid version is the right compromise to offer everyone the possibility to participate in the event, what convinced me most is this: the flexibility».

There are many people who, for one reason or another, whether for work or because they are too far away, would not be able to attend the event in person, so the online edition, albeit with its limitations, solves this problem

«Another element that certainly convinced me was the live streaming of the event on social networks. I believe that Maker Faire Rome is moving in the right direction, that of breaking down any barriers that might prevent people from enjoying the event. In 2021 this should be the norm, but unfortunately this is not always the case, which explains Italy’s low propensity for using information technology and the generally low level of digitalization».

Would you prefer to attend next year’s fair remotely or in person?

«The remote fair is a great opportunity, the user can enjoy the best of the event from the comfort of his home or in his spare time, and the maker can often avoid travelling hundreds or even thousands of kilometres to reach the event in person, but this mode limits human contact, interaction with the project and networking opportunities. If I had to choose as a maker, but also considering that our project has a strong emotional component and therefore it is preferable for the visitor to experience it first-hand, I would prefer to attend the in-person event».