Maker Faire Rome it’s not to be missed! 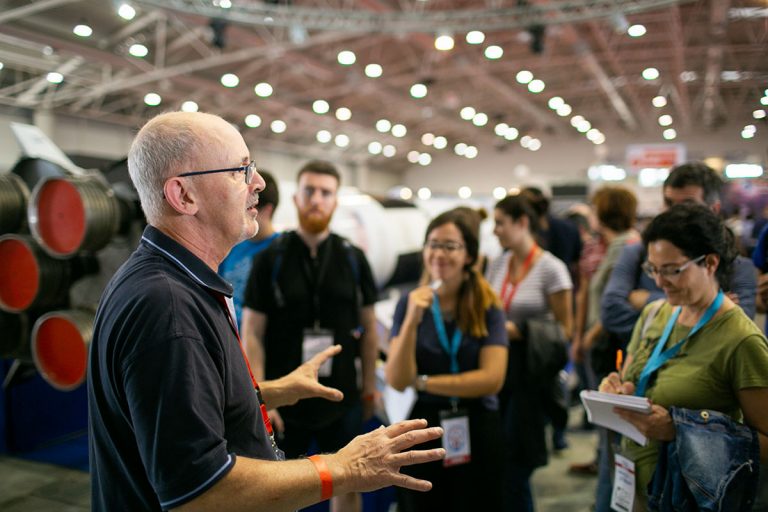 Maker Faire Rome – The European Edition it’s a not to be missed event!

Thanks to Maker Faire Rome, for 3 days starting from 18 to 20 October, Rome becomes the European capital of innovation hosting one of the most important worldwide events about:

The initiative, because of the consolidated format that combines conferences, workshops and exhibition areas, offers a high-level of information and training moments.

But it is also for its interactive appeal, that the event has evolved encompassing many topics and therefore MFR19 has become an unmissable event.

In fact, Italian and European companies, makers and innovators bring their experience and ideas in order to networking and moreover to compare best practices.

With “Maker Faire Rome – The European Edition” the city of Rome turns into the hub of the culture of innovation.

Above all, the event has become the kick off point for many start-ups and the “must attend” gathering for innovators, digital artisans and entrepreneurs boasting numbers in constant growing.

Really impressive numbers, indeed. Hundreds of innovations from all over Europe and over 100,000 in general audience.

So, Maker Faire Rome has become an accelerator for the culture of innovation also because it has been able – over the years –  to involve the general public as well as makers and corporations.

THE REASONS FOR ITS SUCCESS

Thus, thanks also to a 7,000 sq. M. Pavilion entirely dedicated to the very young, MFR19 in addition to amaze the audience by exhibiting prototypes that anticipate the market, it is a mental space in which operators can seize opportunities for networking, business, training but also for entertaining in a productive way.

Maker Faire Rome was born, in fact, as a moment of dissemination of the innovation culture aimed to everyone by showcasing, in a simple and informal way, topics that otherwise would have been inaccessible.

Its core is being an “hybrid faire” thus Maker Faire Rome – The European Edition is one of a kind event.

The digital economy is in turmoil. Where there is excitement, there is a need for a creative entrepreneurial culture, open to the new.

But the right attitude is not always there.

For this reason, the organizers have chosen an attractive formula with WOW- effect, attractions and an affordable policy pricing.

MAKER FAIRE ROME, AN EVERYBODY EVENT: THE TICKETS’ COST!

Firstly, we start with the “Early Bird Promo Ticket” a fare at only 5 euros, which can be purchased online from 2 August to 2 September.

Then, starting from September 3 onwards, we move on to the sale at full price (12 euros) but, pay attention, there are many formulas to get reductions and discounts.

For an overview of all rates and how to buy, read HERE.

Low fares are possible mainly because Maker Faire Rome – The European Edition is organized by the Rome Chamber of Commerce with the support, as an institutional partner, of the ICE – Agency for the promotion abroad and the internationalization of Italian companies within the framework of a broader support from the Ministry of Economic Development to initiatives in favour of the Italian competitiveness and innovation.

Consequently Maker Faire Rome is the outcome of a constant work of co-creation carried out together with:

aimed at bringing up Italy to the top ranking among the most innovative countries.

Finally, judging by the number of projects that made their first appearance at Maker Faire Rome,  which today are successful companies, the event can be considered a real platform for enhancing business ideas.