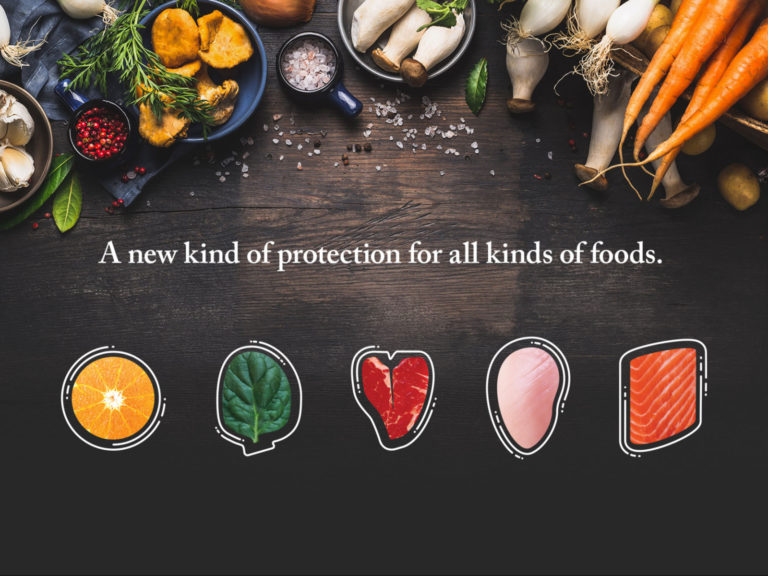 The coating is perfect to preserve meats and produce

Benedetto Marelli, assistant professor of civil and environmental engineering at MIT, was a postdoc at Tufts University’s Omenetto Lab when he stumbled upon a novel use for silk. Preparing for a lab-wide cooking competition whose one requirement was to incorporate silk into each dish, Marelli accidentally left a silk-dipped strawberry on his bench: “I came back almost one week later, and the strawberries that were coated were still edible. The ones that were not coated with silk were completely spoiled.” Marelli, whose previous research focused on the biomedical applications of silk, was stunned. “That opened up a new world for me,” he adds. Marelli viewed his inadvertent discovery as an opportunity to explore silk’s ability to address the issue of food waste.

Marelli partnered with several Boston-based scientists, including Adam Behrens, then a postdoc in the lab of Institute Professor Robert Langer, to form Cambridge Crops (now MORI) The company aims to iterate and expand on the initial discovery, using silk as its core ingredient to develop products that extend the shelf life of all sorts of perishable foods. The company’s technology sees broad impact on extending the shelf life of whole and cut produce, meats, fish, and other foods. With support from a startup competition and subsequent venture capital, MORI is equipped to increase global access to fresh foods, improve supply chain efficiencies, and even enable new products altogether.

A simple solution for a complex issue

One-third of the global food supply is wasted annually, yet over 10 percent of the population faces hunger.

Food waste has massive social, economic, and health implications that affect developed and developing countries alike. While many technologies have emerged aimed at extending the longevity of fresh foods, they often employ genetic modifications, environmentally harmful packaging materials, or are costly to implement. “So far, the majority of innovation in food- and ag-tech is based on genetic engineering, plant engineering, mechanical engineering, AI, and computer science. There’s a lot of room to innovate using material, like nanomaterials and biomaterials,” explains Marelli. The professor views technology like silk as an opportunity to mitigate many of the issues facing the food industry without changing the innate properties of the foods themselves.

Silk’s strengths stem from the material’s natural simplicity, honed by millennia of evolutionary biology. MORI utilizes a proprietary and efficient process using only water and salt to isolate and reform the silk’s natural protein. This makes MORI’s silk coatings easy to integrate into existing food-processing lines without the need for costly new equipment or modifications. Once deposited on the surface of food, the silk coating forms a tasteless, odorless, and otherwise imperceptible barrier that slows down the food’s natural degradation mechanisms. Depending on the food item, the result can show up to a 200 percent increase in shelf life. Not only does that enable less food waste, but that also reduces the pressure on cold chains, allowing shippers to reduce greenhouse gases in transportation. 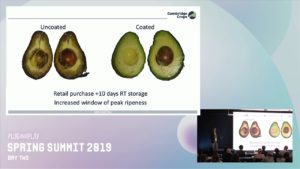 Cambridge Crops (now MORI)  gained early industry traction after winning first place in the 2017 Rabobank-MIT Food and Agribusiness Innovation Prize, a competition for early-stage startups sponsored by Rabobank and the Abdul Latif Jameel Water and Food Systems Lab (J-WAFS) and supported by the student-run MIT Food and Agriculture club. The technical feedback and industry connections Cambridge Crops leveraged through its participation in the competition proved invaluable in identifying key pain points and market opportunities in the food industry that could be addressed through its core technology. “It was great for us,” explains CEO Adam Behrens. “[The prize] was important for doing technical validation in addition to forming early value propositions.”

MORI has since raised two rounds of financing, both led or co-led by The Engine, which helps incubate startups working on “tough tech.” These have been combined with awards from AgFunder and multiple Massachusetts Clean Energy Center grants. The initial successes even merited a mention in Bill Gates’ “Gates Notes,” and by a company tackling food waste naturally.

Behrens maintains that investors’ contributions go beyond strictly their monetary value. “Our investors have been an integral part of our early stage success … adding value in all kinds of ways — from brand positioning to overall strategy.”

Behrens and Marelli view MORI’s technology as a true platform, reaching far beyond just that initial strawberry. Not only can the technology extend the shelf life of whole produce, but it also sees a dramatic effect on cut produce, meats, fish, and processed foods. MORI is leveraging its breadth of application to address the broader needs of the food industry through strategic partnerships.

MORI is optimistic about silk’s potential to mitigate many of the challenges facing complex food networks. “We think that our technology is one that can actually enable [the elimination of plastic food packaging],” adds Behrens.

In the classroom, Marelli tries to instill a sense of excitement about technology’s role in the future of food and agriculture, such as in his Department of Civil and Environmental Engineering class, Materials in Agriculture, Food Security, and Food Safety. “They see an angle on agriculture and food science that they never thought about,” he explains, “and they see how much it can be a technology-driven sector.” As MORI prepares for the commercial launch of its own patented technology, it is poised to tackle some of the most intractable obstacles facing global food networks to reduce waste and make nutritious foods more accessible to all.