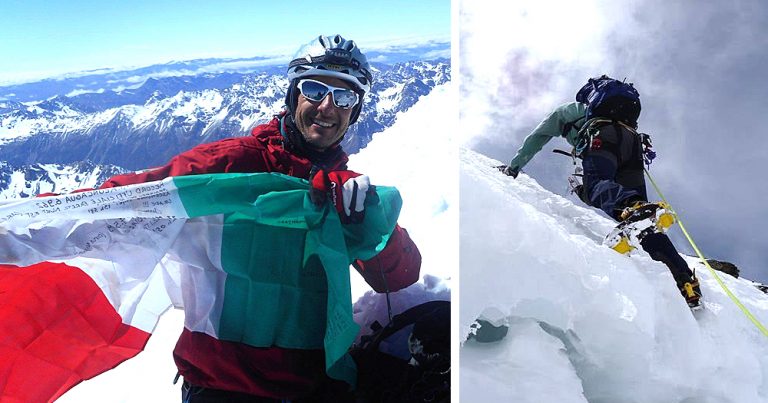 The mountain is an environment as fascinating as it is worthy of respect, humility, and precautions. Any mountaineer worthy of the name knows this well and before embarking on a climb or any high-altitude initiative, a good deal of preparation, and awareness is needed.

This is even more valid when you test yourself in new and extreme conditions at the same time as Luca Colli did. This man, a mid-mountain guide from the Lombardy Alpine Guide College, has even managed to climb Mount Everest without any respiratory aids.

As one of the key speakers, Colli shared his incredible experience at Maker Faire Rome – the European Edition 2019, the largest European event dedicated to innovation. In this context, the mountaineer, the speaker at the opening conference, focused on how he managed to complete what for many people would simply be impossible.

The initiatives accomplished by this mountain guide have seen him reach the top of many of the highest peaks in the world, establishing, on some of them, world records of climbing speed. In a context like that of Maker Faire Rome, where technology, art, creativity, and environmental sustainability come together, Colli described the SensorTile.box sensor system by STMicroelectronics, which he carried in his pocket during his climb on Everest.

In fact, these new technological devices monitored, measured, and collected data on his performance in extreme environmental conditions, minute by minute. And, in a context such as that of a journey to the highest peak in the world, and being able to keep an eye on this information assumes a fundamental, if not vital, importance.

Hosted in the Pav. 8, right where the Italian-French company specialized in the production of semiconductor electronic components was present, Luca described his experience of climbing on the “roof of the world’, where physical conditions are certainly not the same as those that one has for normal altitudes. The ST’s sensors, however, managed to function very well even at that altitude, keeping a constant record of Luca’s position and his vital functions, as if it were a “digital sherpa”.

There is no denying that a combination like that of Luca Colli and STMicroelectronics is a perfect example of technology that integrates with nature and offers a very useful service to human activities: the perfect invention prototype for an event like the Maker Faire.