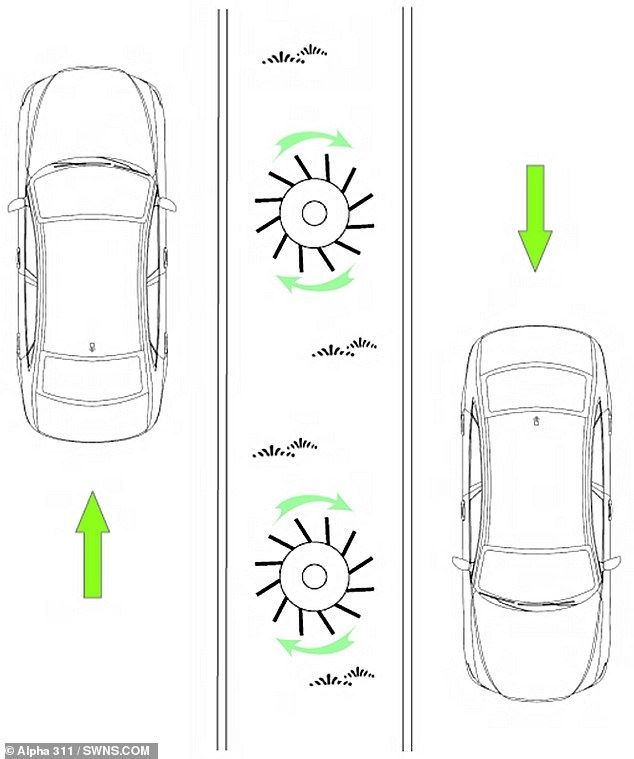 Wind-turbines that fit around motorway lamp posts and are powered by passing vehicles could help the UK reach its target of being carbon neutral by 2050.

Kent-based businessman Barry Thompson, CEO of Alpha 311, invented the unusual-looking devices and says they could initially be used to power the lights they are attached to. They would spin when the wind is brisk but also when vehicles rush past. Eventually, the entrepreneur hopes the energy generated from the spinning cylinders will be enough to sell back into the grid.

Each turbine is two metres tall, currently costs £20,000 to make, and generates the same amount of energy as 21 square metres of solar panels. The turbines will likely become more efficient and smaller with further development. 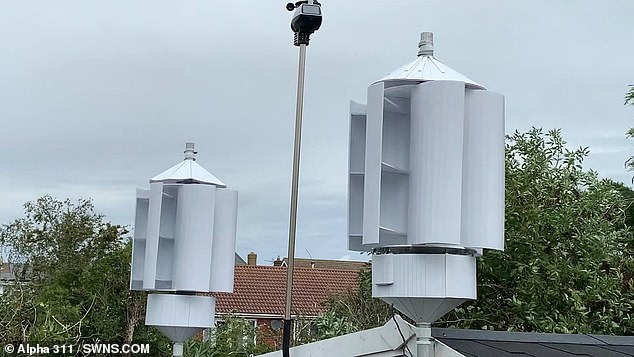 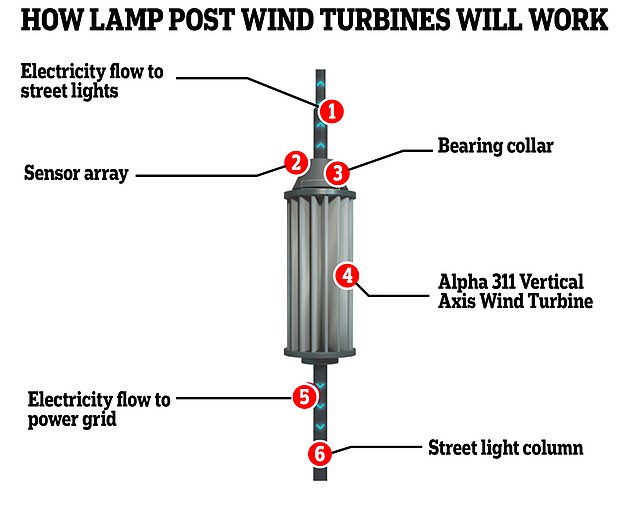 Last week Prime Minister Boris Johnson pledged that an impending green industrial revolution would power every home in the UK with offshore wind by 2030. But Mr Thompson disagrees with the Premier and believes onshore solutions are also needed to reach this ambitious target.

The chief executive officer of the company based in Whitstable, Kent, said: ‘Do I think offshore wind is everything? No, I think onshore wind is the cheaper option, and a distributed network needs to really push this thing forward.

‘Whether we’ll be doing it by 2030 I don’t know, it’s going to need a lot of collaboration.’  Speaking from his home office which is powered by the prototype units, the 51-year-old added: ‘If you’ve ever stood by the road and a lorry has gone past, you’ll feel the air that moves – we capture that energy.’