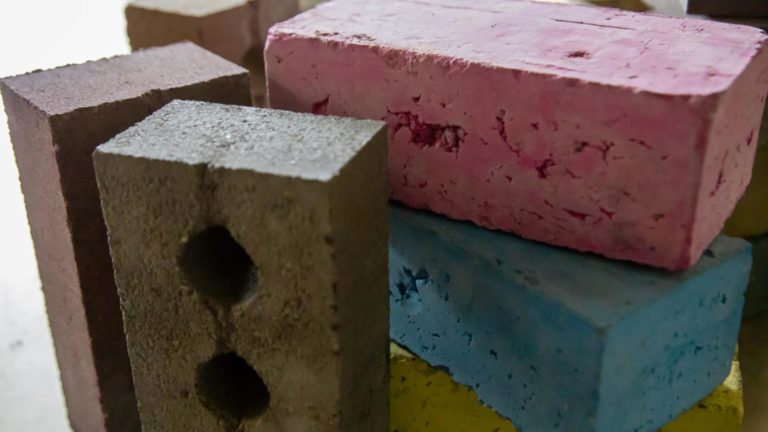 The bricks are made up of construction waste: perfectly “circular”

Bricks have played a major role in the world around us as they’ve been used for thousands of years in most construction sites. Moreover, these clay-fired bricks have not changed since they were first introduced all those years ago.

Unfortunately, they’re not very environmentally-friendly. They use up raw, finite materials, and create carbon emissions. Now, a team of engineers in Scotland that opened a startup, Kenoteq, has created the K-Briq, an eco-friendly brick.

Civil engineer and professor of Geotechnical and Geoenvironmental Engineering at Heriot-Watt University in Scotland, Gabriela Medero, decided to combine forces with fellow engineer Sam Chapman, to start Kenoteq in 2009.

The company’s main contender is the K-Briq, made up of 90% construction waste, and as it doesn’t require a kiln to fire it up (unlike regular bricks) it produces only one tenth the carbon emissions of typical bricks.

A more sustainable construction industry, starting with the foundations: bricks

Even though regular bricks are made up of natural materials, they require a lot of clay (their main component), which, when mined, strips land of fertile topsoil, which in turn inhibits plant growth.

And in regular brick production, these need to be fired up in a kiln at high temperatures. These kilns are usually heated up with fossil fuels, which contribute to climate change.

With that in mind, Medero and Chapman created the K-Briq. In order to make it, demolition waste is used, this includes gravel, sand, bricks, and plasterboard that is crushed and mixed with water. These are then pressed into customized molds and can come in any color by being tinted with recycled pigments.

Kenoteq celebrated a victory earlier this year by being commissioned to provide its bricks for the Serpentine Pavillion 2020 in London’s Hyde Park in the U.K. (The project has been postponed until 2021 due to the current global situation.)

The Pavilion is designed by the architectural studio Counterspace and will use Kenoteq’s K-Briqs in gray, black, and 12 different shades of pink.

As per Medero, the K-Briqs last longer and are more durable, offering more insulation, than regular bricks.

At the moment, Kenoteq operates out of Edinburgh in Scotland, and can produce up to three million bricks per year. The duo hopes to scale up considerably in the coming years but first has to overcome the hurdle of a notoriously slow-moving construction industry.