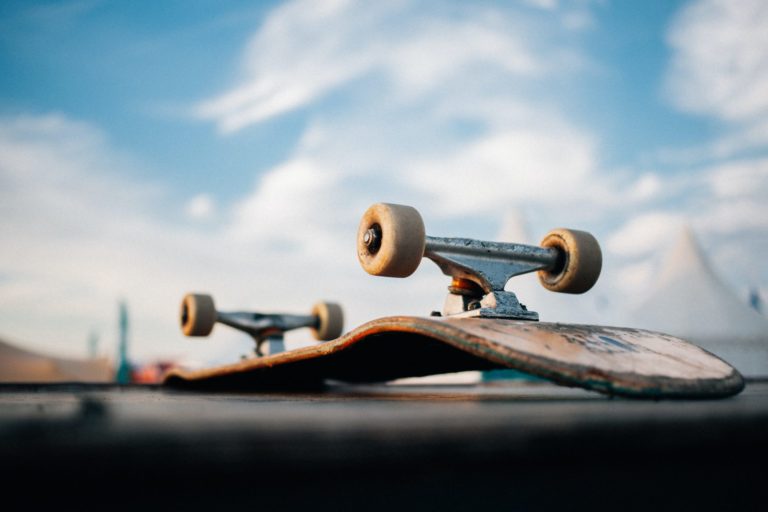 About sixty chewingums are needed for a skateboard. Maybe we all should start  chewing for the cause!

Hugo Maupetit and Vivian Fischer from l’Ecole de Design Nantes Atlantique — an international design school in France — have come up with a novel use for discarded chewing gum. for their 3rd year design project, the students created a circular system that collects gum from urban areas and repurposes it into colorful wheels for skateboards.

The project looks at the problem of plastic pollution, and in particular, discarded gum in urban areas. In response, Maupetit and Fischer developed a strategy to transform the gum into colorful skate wheels. Their study imagines a speculative collaboration between Mentos and VANS, the former being one of the biggest gum producers in Europe and the latter being a well known skating brand.

The system works by installing a number of ‘gum boards’ around cities, which the students have already prototyped in their university city of Nantes. Instead of throwing gum on the sidewalk, people can stick it onto the board, and to encourage them to do so, Maupetit and Fischer devised a lottery concept where people can win discounts on the chewing gum wheels.

The boards will be collected every week and then in a factory, all of the little pieces of gum will be crushed and combined before being turned into a small ball to be machined. Finally, the wheels are machined and stamped with the slogan, ‘VANS x mentos’.

The students installed special collection boards in urban areas of Nantes, France, where passersby could stick their used gum rather than dropping it on the floor.

The gum was then collected every week before the gum was ground together with the collection board itself, which is made from polymethyl methacrylate (PMMA) plastic. The PMMA helps to stabilise the chewing gum as it is melted together and machined into wheels.

“During our test phases we needed between 10 and 30 chewing gums per wheel, depending on the size of the gum and the desired hardness of the wheel,” Maupetit told in an interview with Dezeen.

From the collected gum, the students propose to create three grades of wheel hardness: soft, medium, and hard. The chewing gum wheels would also be available in various sizes to suit different boards.

Chewingum, a guilty pleasure (a little too guilty, though)

Chewing gum, which has existed since antiquity, was originally made from the sap of different trees. But most modern gum consists of a synthetic rubber called polyisobutylene that is also used to create car tyres.

It is estimated that as little as 10 per cent of this gum is disposed of correctly, which means that in the UK alone, local councils have to spend £60 million a year cleaning up the other 90 per cent.

The initiative is envisioned to clean the streets in a sustainable way: ‘our system may have started in nantes, but it is designed to be used all over europe! through this collaboration we can clean the cities and make them better, greener, and more colorful for young people,’  say Maupetit and Fischer.

“By recycling this waste, it becomes a virtuous circle, with the company losing less material and making money from what was originally waste.”