This dress can trick surveillance cameras 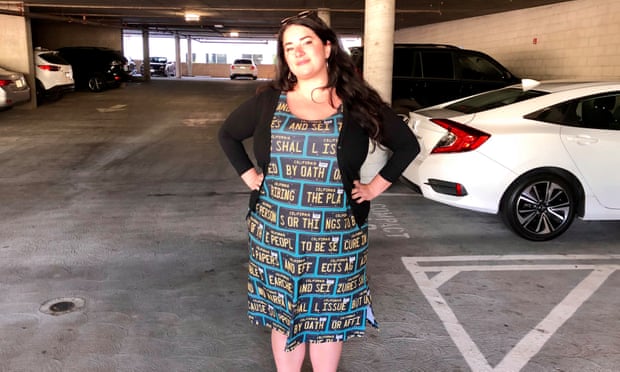 the new line of clothes is meant to confound automated licence-plate readers.

One line is tiled with fake license plates that spell out the Fourth Amendment (!). It was presented at Defcon –  one of the world’s largest hacker conventions, held annually in Las Vegas, by the hacker and fashion designer Kate Rose.

Automatic license plate readers, which use networked surveillance cameras and simple image recognition to track the movements of cars around a city, may have met their match, in the form of a T-shirt. Or a dress. Or a hoodie.

Rose credits a conversation with a friend, the Electronic Frontier Foundation researcher Dave Maass, for inspiring the project of anti-surveillance garment: “He mentioned that the readers themselves are not very good,” she said. “They already read in things like picket fences and other junk. I thought that if they’re fooled by a fence, then maybe I could take a crack at it.”

To human eyes, Rose’s fourth amendment T-shirt contains the words of the fourth amendment to the US constitution in bold yellow letters – The amendment, which protects Americans from “unreasonable searches and seizures”, has been an important defense against many forms of government surveillance. But to an automatic license plate reader (ALPR) system, the shirt is a collection of license plates, and they will get added to the license plate reader’s database just like any others it sees. 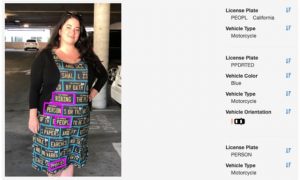 The intention is to make deploying that sort of surveillance less effective, more expensive, and harder to use without human oversight, in order to slow down the transition to what Rose calls “visual personally identifying data collection”.

“It’s a highly invasive mass surveillance system that invades every part of our lives, collecting thousands of plates a minute. But if it’s able to be fooled by fabric, then maybe we shouldn’t have a system that hangs things of great importance on it,” she said.

Rose likens her work to that of other security researchers at DefCon. “If a phone is discovered to have a vulnerability, we don’t throw our phones away. This is like that, disclosing a vulnerability. I was shocked it was so easy, and I would call on people who think these systems are critical to find better ways to do that verification.”