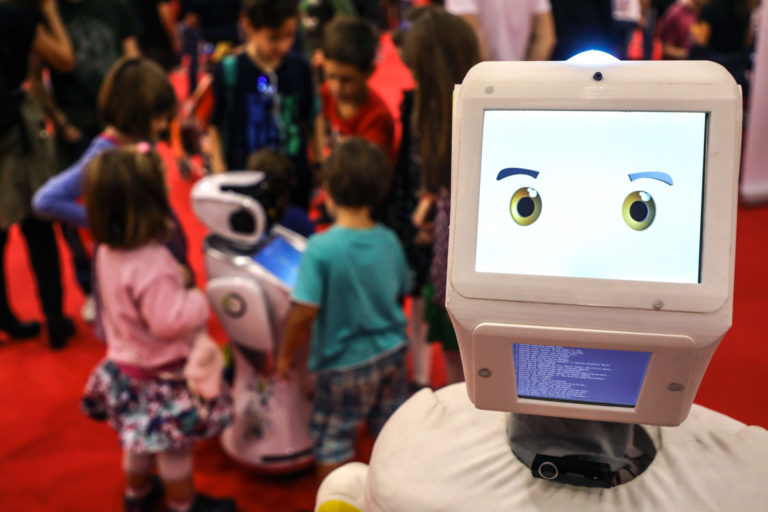 From the robot assistant that helps young patients in hospitals turning visits into a game, to DIY robot construction kit to make the robot world accessible to everyone, many robotics enthusiasts will present their inventions at MFR

Robotics is one of the most fascinating technologies ever. Robots have inspired movies, cartoons, TV series, comics, and if until a few years ago this discipline was considered pure science fiction, today it is more real than ever.

A real science in continuous evolution that embraces the most diverse disciplines: linguistics, mathematics, psychology, electronics, mechanics and we could continue.

The result? Robots that help us to clean our homes, cook, learn and take care of people have become part of our daily lives.

And it is precisely to robotics that are dedicated the projects we are going to describe here: 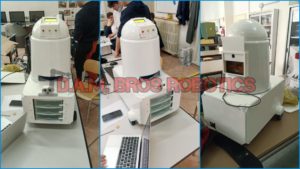 “Robot-Assist” is a robotic assistant developed to provide playful therapies and meals to young patients.  The project was born during a school-work alternation path at the Ferraris Buccini Technical Institute of Marcianise (CE), with the aim of building a robot to participate in the 2022 Robotics Olympics in “Robots for personal assistance” category.

Children hospitalized, in addition to medical care, need positive incentives that reassure and accompany them during their stay and the various therapies. The direct interaction of young patients with Robot-Assist establishes a friendly relationship and transforms the visits and the administration of therapies into a game thanks to lights and sounds.

The robot monitor and transfer via wifi to doctors and nurses, temperature, heart rate and blood oxygen levels. But that’s not all: according to the person identified, Robot-Assist distributs meals and administers medicines, allowing to minimize human error, and it is also able to reach an assigned point inside a building avoiding objects and people.

Robot-Assist operate independently or can be controlled remotely by an operator through Smartphone, Tablet or PC. 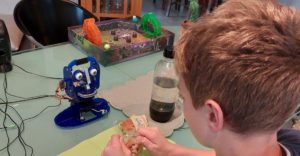 Orazio: the robot for the autism

Orazio is an easily programmable talking robot that helps autistic kids to improve their social skills. It is part of an ongoing trial, which aims to make this robot a tool to teach and exercise the social skills of children with autism spectrum disorder.

The robot Orazio is equipped with special sensors and motors that allow him to move the head or parts of the body. It is able to speak and recognize specific words and it is programmed with a block language.

Orazio is also an element of motivation for autistic children, as well as a mediator between them and the people around: family, friends and therapists. The ease of programming makes Orazio customizable, according to the specifics of the autistic subject.

The project was designed by Marco Picarella, who teaches inclusive robotics for students with disabilities at the University of Padua. By combining his field experience with technological and digital knowledge, he has managed to create a new and different way to help autistic kids. 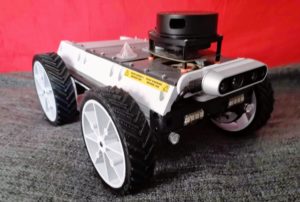 Slammer is an autonomous rover robot born as a project to learn robotics.

Based on several open source technologies such as ROS (Robot Operating System), it is also used as a development platform for the uNav project, an advanced motor control system for robotic applications.

The robot uses several sensors (Depth Camera, Lidar, IMU and GPS) to perceive the surrounding environment, create a map of it and navigate autonomously around obstacles. AI algorithms of Real-Time Object Detection are used to detect objects in the space. 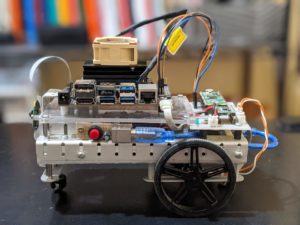 Sandwich is a small robot based on ROS and built to learn, experiment and test artificial intelligence algorithms for robotics.

It has been designed with a focus on modularity and expandability, to facilitate the development of improvements and functions. Sandwich can be remotely controlled via smartphone or computer and can move independently in the environment using a machine learning system. It can follow people and objects and orient itself in space through specific markers.

The project was realized by Simone Tolomei, a young student of Robotic Engineering who started as a teenager building robots with Arduino, and since then robotics has become both a hobby and a goal of his life.

From October 7 to 9 come and visit Maker Faire Rome at Gazometro Ostiense. Info and Tickets: https://makerfairerome.eu/it/biglietti/