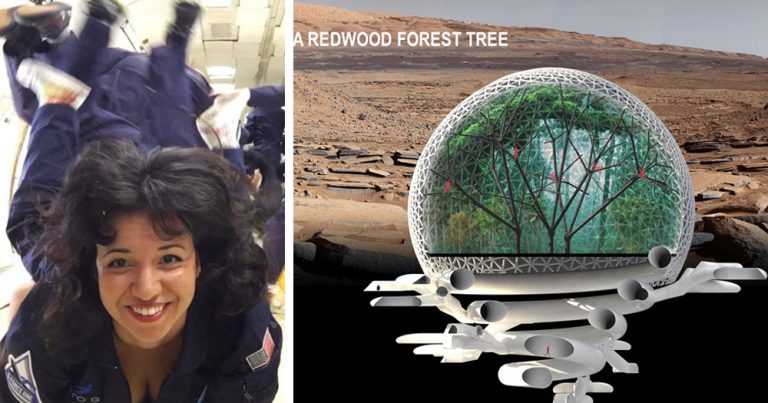 The young researcher has devised a space city that will make life on Mars possible and also in all those extreme places on our own planet (deserts, the Arctic circle, volcanoes, etc.

During the 2019 edition of Maker Faire Rome, a lot of space was given to the “Martian generation”, that is, young people and children who, perhaps, will have the chance to set foot on the Red Planet and who were asked to contribute to the project with their ideas regarding living on ​​Mars. Among the various projects related to human settlements on Mars, there is the one proposed by an Italian woman named Valentina Sumini.

Valentina Sumini, 33, is a Piedmontese researcher who currently works at MIT and collaborates with NASA to make human settlements possible on Mars and in extreme places on our own planet. Her ambitious project concerning a space city on Mars was very much appreciated, as she manages to bring nature to a place where nothing grows.

The project is called Redwood Forest and, specifically, it is made up of a series of white hemispherical pavilions, beneath which there are underground galleries intended for transporting the absolutely essential water. In fact, different plant species will be grown both above and below ground, within a pressurized environment that will also host crop cultivations in hydroponic structures, fountains, and lakes.

The underground ramifications will be made with local material, called Martian regolith and, thanks also to other elements that will be extracted and recycled in situ such as water or polyethylene, the future inhabitants of Mars will live in conditions of absolute safety, and completely protected from cosmic radiation.

This is a project that makes life possible not only on the red planet but also in extreme places on our own planet such as, for example, near volcanoes, in deserts or in the Arctic circle. This will be possible thanks to this network of tunnels that will allow the passage of electric vehicles, thus contributing to the reduction of traffic in large metropolitan areas. Moreover, underground hydroponic cultivation will solve the age-old problem of living space and food.

Valentina Sumini did not expect to go to Mars when she became involved with computational research at MIT and, if anything, her interests were directed more to the Moon than to the Red Planet. However, at the moment, she is the only Italian in the group of six women selected for the Hi-Seas Sensoria mission on the Mauna Loa volcano, where environmental conditions very similar to those of Mars are expected: an altitude of about 10,000 ft (3,000 m) in a location that is almost totally isolated.