The train that runs on leftover Tonkotsu ramen broth 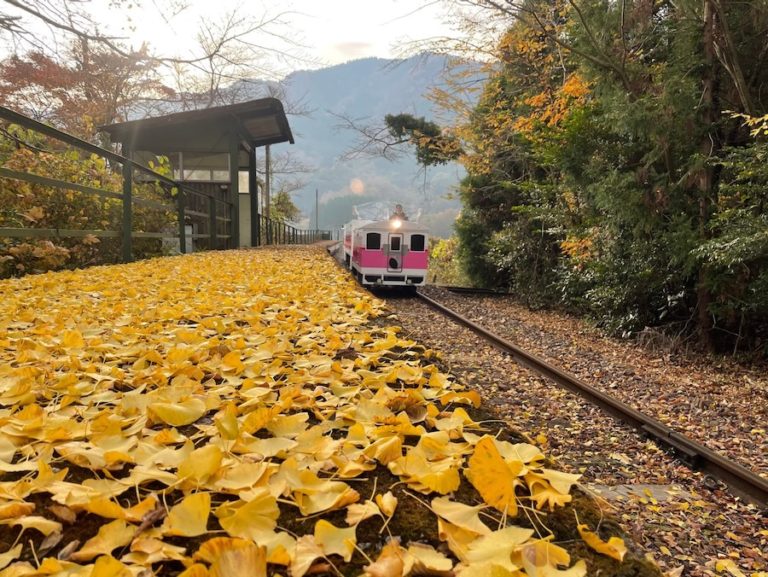 Biofuel is a big hit: in Japan, it is made also by ramen broth

Soup’s on: the Amaterasu Railway trains run on biofuel made from leftover tonkotsu ramen broth

The Amaterasu Railway in Miyazaki Prefecture is a popular local train that takes passengers on a gorgeous 30-minute journey through the spectacular scenery of Takachiho. The quirky train is known for its open roof, its journey over Japan’s highest train bridge, and train conductors who blow bubbles along the way. But now they’re known for something else: leaving passengers feeling hungry.

Tourists on Amaterasu Railway’s open-top train often endured the waft of diesel fumes for a chance to take in the lush valley view from Japan’s highest railway bridge. Now, however, they’re drinking in the scenery with a distinct umami aroma in the air –– the train recently started running on biofuel made from leftover tonkotsu ramen broth.

The Amaterasu Railway previously ran on diesel fuel and because of the open roof, passengers would get whiffs of exhaust fumes.

However, the railway recently announced that they had switched to running entirely on biodiesel made from leftover tonkotsu ramen broth. Now, instead of that toxic burnt smell, riders report smelling aromas of fried rice along the way.

The initiative comes from a partnership with Nishida Logistics, a trucking company based in neighboring Fukuoka, home to–you guessed it–tonkotsu ramen. The trucking company figured out a way to convert the thick, fatty, pork-based broth into biodiesel. Several of their trucks run on the biodiesel and now so does the Amaterasu Railway.

The railway got assistance from a Japanese trucking company that was already converting the popular noodle dish’s fatty, pork-based liquid into fuel for its vehicles.

A little info on biofuel

A renewable energy source, biofuels typically come in two forms. Ethanol is made of plant material (in the US, corn is common) while biodiesel, like Amaterasu’s new fuel, is made of vegetable oils and animal fats.

Using biofuels does not eliminate greenhouse gas emissions entirely, but vehicles do burn more cleanly than those running on petroleum-based fuel. Biofuels are also biodegradable, so they break down harmlessly if spilled.

sources: Reasons to be cheerful I Spoon-Tamago