Think twice before you purchase plastic 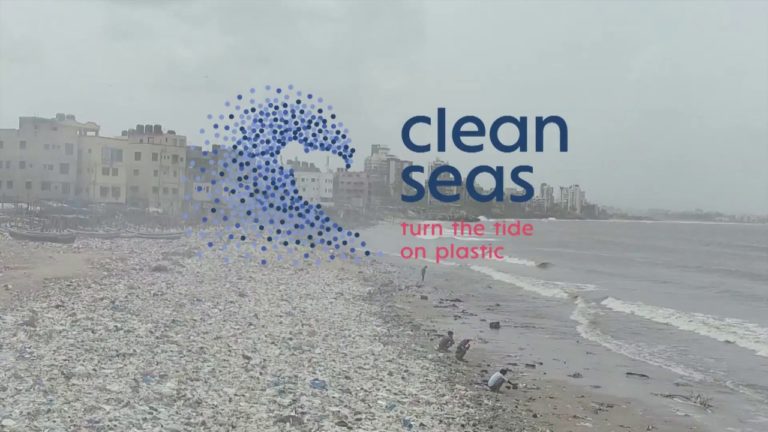 The murky truth about plastic in the ocean: every minute, one garbage truck of plastic is dumped into our ocean

It’s time to put pointless plastic in the past. Sign up the UN Pledge and be a part of the solution.

Since 2017, 63 countries – both coastal and landlocked – have joined the UN Clean Seas Campaign with ambitious pledges and important commitments to prevent marine litter and plastic pollution.

Countries have pledged to reduce or eradicate single-use plastics from their societies through stronger legislation and regulation; others have committed to invest more in national recycling facilities; while some signatories have promoted action plans to prevent harm to the coastal and marine environment.

So far, signatories represent 60% of the world’s coastlines, however there’s strong need to engage more governments to protect our waters, ecosystems and wildlife from marine litter and plastic pollution.

What does it means to be a Clean Seas country?

Do you feel uneasy when you buy a coffee in a takeaway plastic cup? Perhaps you feel awkward buying that bottle of water?

We hope so, because raising awareness of what plastic waste is doing to our oceans, our wildlife and ourselves is what UN Environment’s #CleanSeas campaign has been all about since its launch in February 2017.

The UN has committed to build a global movement to tackle the excessive use of single-use plastics and get rid of dangerous microplastics in our toiletries and cosmetics.

The tide is already beginning to turn. Just over a year since the launch, 50 governments – accounting for more than half the world’s coastline – had signed up to the #CleanSeas campaign with many making specific commitments to protect oceans, encourage recycling and cut back on single-use plastics.

Here are some of the pledges that have already been made:

Inspiring people to be part of the solution

Across the world, individuals have been inspired by #CleanSeas to re-evaluate their use of plastic and they are now pushing their governments and the private sector to deliver bold pollution-beating policies.

Nearly 90,000 people have taken the #CleanSeas pledge to eradicate single-use plastics and microbeads from their lives. From Bali to Panama, they are cleaning beaches, cataloguing what they find, and changing their own behaviour by, for example, using cloth bags and carrying steel cups or cutlery with them, refusing plastic straws and demanding the removal of plastic cups or single-use bottles from their offices.

The bigger the problem, the more global the response

The scale of the problem demands a global response. Every year, around 8 million tonnes of plastic end up in our oceans, poisoning our fish, birds and other sea creatures. That’s the equivalent of one garbage truck of litter being dumped into the sea every minute. In April, a sperm whale was found dead on the southern coast of Spain and an autopsy revealed that it was killed by the 29 kilos of plastic found in its stomach. This, unfortunately, is not a unique case.

#CleanSeas first priority was to highlight the scale of the problem and the message has been heard loud and clear.

Tens of thousands of people have visited the website cleanseas.org to learn more, while thousands of people are using #CleanSeas and #beatpollution on Twitter and Instagram to tag pictures of beach clean-ups and to urge their friends and followers to join the fight against marine litter.

The #CleanSeas campaign will monitor the promises all those countries made and look to get more countries to commit to action. But  governments cannot fight this battle alone.

Businesses are acutely aware of the popular awakening over plastics and they are responding: European retailers have committed to plastic-free aisles and products while some restaurants have pledged to phase out plastic straws.

The private sector is key to success: it is home to the innovators, cutting-edge designers and thought leaders who can effect long-lasting, tangible change in consumer habits and product design.

Maker Faire Rome – The European Edition has been committed since its first edition to make innovation accessible and usable to all, with the aim of not leaving anyone behind. This blog is always updated and full of opportunities and inspiration for makers, makers, startups, SMEs and all the curious ones who wish to enrich their knowledge and expand their business, in Italy and abroad.