We May Soon Use “All-Plant” Compostable Plastic Bottles

“all-plant” bottles, which may soon land on supermarket shelves

The news comes from a biochemicals company based in the Netherlands, currently developing “all-plant” bottles

A biochemicals company based in the Netherlands is now developing “all-plant” bottles, which may soon land on supermarket shelves.

The company, Avantium, uses plant sugars instead of fossil fuels to manufacture its degradable and recyclable plastic bottles, and has already won support from major beverage makers such as Carlsberg and Coca-Cola.

Avantium, a Dutch chemical technology company working on renewable and sustainable solutions has plans to develop a new “all-plant” bioplastic that is made from plant sugars extracted from sustainably grown crops, such as corn, wheat or beets, instead of fossil fuels. The plant sugars can be broken down into simple chemical structures, which can then be rearranged to form a new plant-based plastic.

The plant plastic is resilient enough to be used to bottle carbonated drinks, is fully recyclable and decomposes in one year using a composter. Trials also indicated that it decomposes in normal outdoor conditions.

“This plastic has very attractive sustainability credentials because it uses no fossil fuels, and can be recycled – but would also degrade in nature much faster than normal plastics do,” said Advantium’s chief executive Tom Van Aken.

Too late to go back: let’s move forward

Globally, over 300 million tonnes of plastic is petroleum-based, meaning it is made from fossil fuels. This means that in addition to contributing to the plastic pollution crisis and the scourge of microplastics that have been found everywhere from sea spray to table salt, traditional plastics production is directly exacerbating the climate emergency. 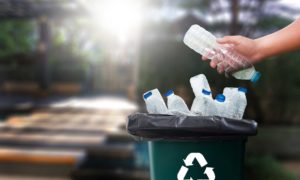 Initially, the company will make an estimated 5,000 tonnes of plastic a year. But it expects that the production scale will grow dramatically alongside the demand for sustainable plastic materials.

In the future, Avantium hopes to be able to source plant sugars from biowaste to ensure that its plant plastic will not affect global food supply but would rather alleviate the problem of food waste, a massive environmental issue that currently contributes 10% of global carbon emissions, according to the United Nations.

Major Food & Bev Companies on board

The prototype has already won the support of FMCG giants Coca-Cola and Danone, who hope to be able to use the plant plastic for their bottled products by as soon as 2023. Famous beer maker Carlsberg has also backed Avantium’s plans, and are looking at selling its pilsner in a cardboard paper bottle lined with a layer of the all-plant bioplastic. 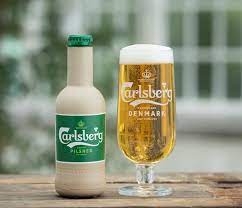 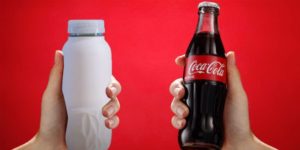 Even spirits brand, such as johnny Walker and Absolute Vodka have joined in. 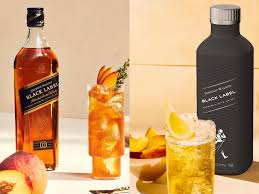 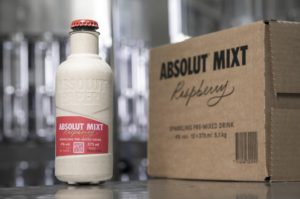 Avantium is now planning for major investment into the bioplastics refinery plant in Netherlands by the end of this year, with no plans to slow down the project despite the coronavirus lockdown. The company expects more milestone partnerships with food and drink brands to be announced later this year.

Sustainable packaging is quite something in Asia

A number of Asian startups are now working on technologies that use plants to solve the plastic waste crisis. Hong Kong-based company Ecoinno, for instance, has created a sustainable food packaging material made using plant fibres derived from sugarcane and bamboo, and has recently attracted major funding from Alibaba.

Meanwhile, the Philippines’ Pinyapel is a 100% natural treeless pineapple leaf paper, which can be used to make coffee cups and shopping bags.