Galileino - Hardware simulator of Earth and Sun in motion @ MFR2017 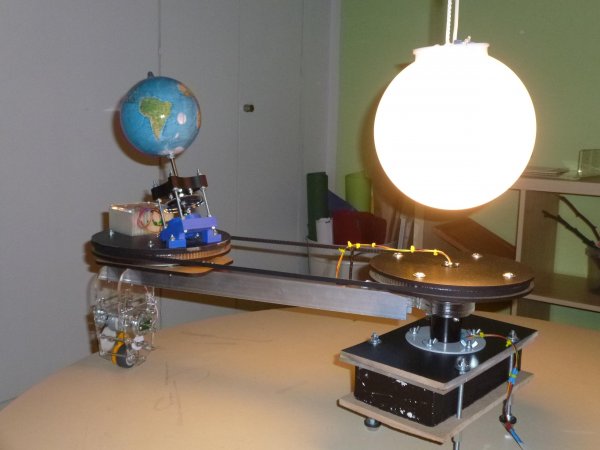 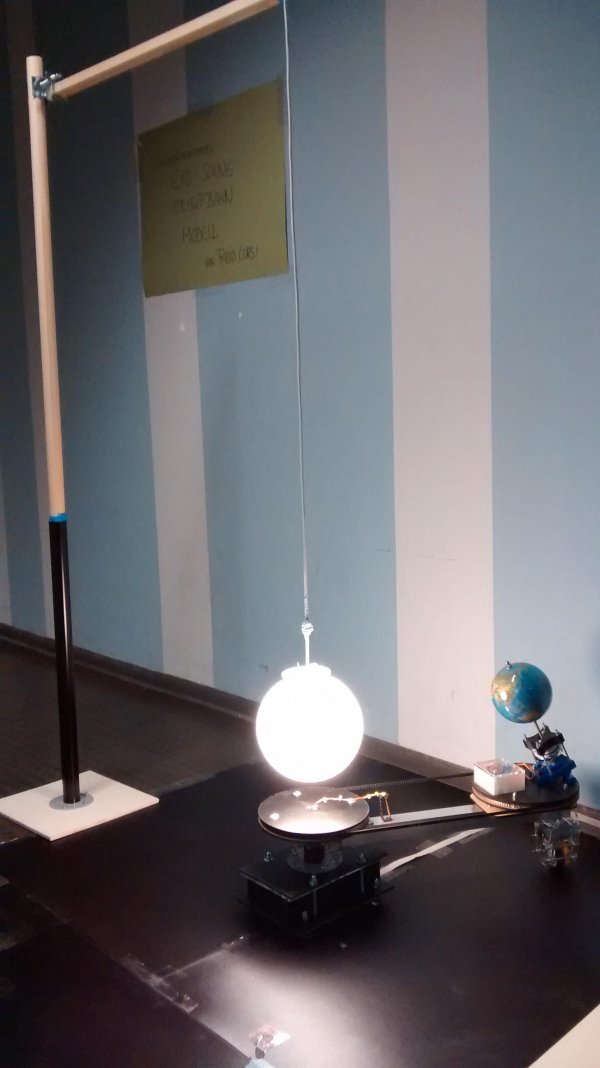 Galileino - Hardware simulator of Earth and Sun in motion

Galileino is a system to provide a hardware simulation of the Earth rotating on its axis and revolving around the Sun, meant for educational purposes.
It basically consists of a portable rotating arm, having at one end an Earth globe rotating on its axis, inclined as the actual Earth rotation axis, and fixed at the other end to a heavy hub that remains stable on a surface, while the former end can perform a revolution around the hub, so as to simulate both Earth rotation and revolution. A ball lamp is hung over the hub, to represent the Sun.
The earth rotation is actuated by an Arduino controlled stepper motor, while the revolution is actuated by a DC motor with a gearbox commanding a rubber wheel moving on the underlying surface.
The system is easily portable, as it consists of a first part being a rotating arm with globe, DC motor and gears and two pulleys connected by a toothed belt, a second part being a heavy hub that can be quickly connected to the first part with wing nuts, a flat connection cable and a control circuit box.
The system can be operated on any flat surface larger at least so as to contain a 120 cm diameter circle.
Germany
WEB FACEBOOK 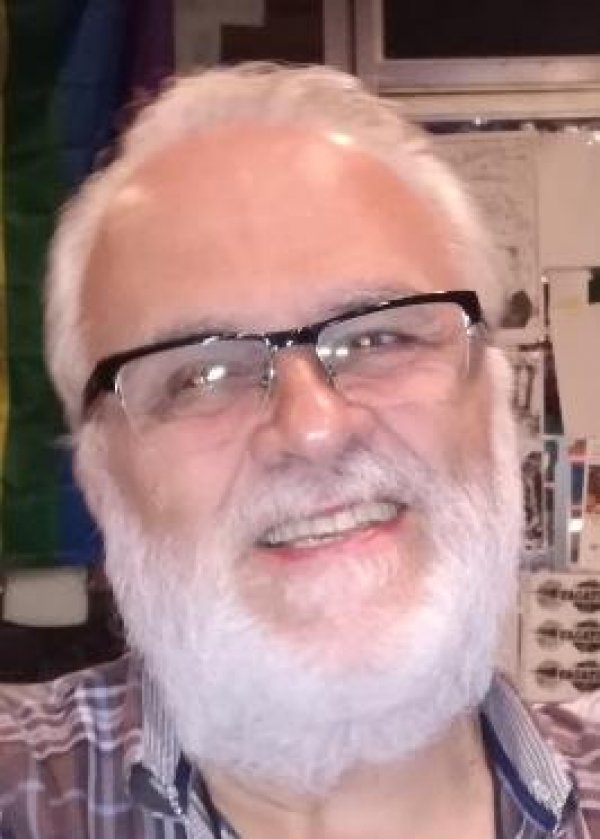 Born in 1953, Italian nationality.
Degree in Electronics Engineering at University of Pisa in 1979, Italy.
Worked subsequently at CNR in Biomedical Research, as software developer at ENEL (Milan), as teacher of electronics in public schools, as free lancer developer of hardware and software.
Worked as Patent Examiner in Information Displays at the European Patent Office in The Hague (Netherlands) from 1989 to 2003 and in Munich (Germany) from 2004 to 2016, now retired.