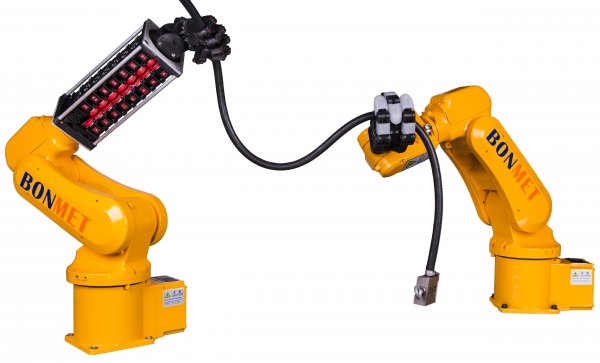 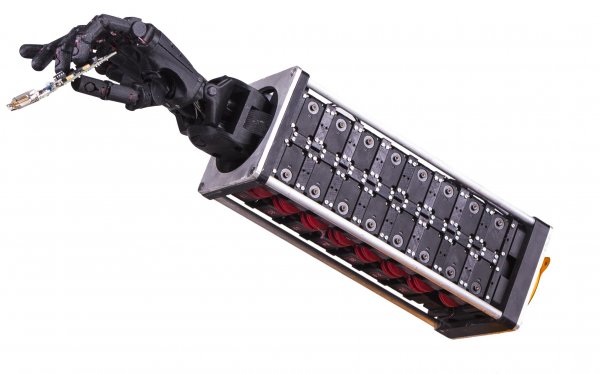 Umberto Scarcia received his Bachelorâ€™s and Masterâ€™s Degree in Automation Engineering from the University of Bologna, Italy, in 2008 and 2011, respectively.
He received his Ph.D. in Automation and Operational Research at the University of Bologna in 2014, and currently he is a Junior researcher in the same institute. His research interests include the design and control of innovative anthropomorphic robotic hands, dual arm/hand manipulation task planning and the design of innovative actuators and sensors for underwater applications.

Gianluca Palli received the Laurea and the Ph.D. degree in automation engineering from the University of Bologna,Italy, in 2003 and 2007, respectively. He was a visiting student at the Robotic Institute of the Deutsches Zentrum fur Luft-und Raumfahrt (DLR), Munich, Germany, in 2006. Currently he is Assistant Professor at the University of Bologna. His research interests include design and control of robotic hands, modeling and control of robots with variable stiffness joints, design of compliant structures and actuation systems for robotics applications and development of real-time systems for automatic control applications.


Claudio Melchiorri received the Laurea degree in electrical engineering and the Ph.D. degree from the University of Bologna, Bologna, Italy, in 1985 and 1990, respectively. In 1998, he was an Adjunct Associate in engineering with the Department of Electrical Engineering, University of Florida, Gainesville. In 1990â€“1991 he was a Visiting Scientist with the Artificial Intelligence Laboratory, Massachusetts Institute of Technology, Cambridge. Since 1985 he has been with the Department of Electrical, Electronic and Information Engineering, University of Bologna, where he is currently a Full Professor of robotics. His research interests include dexterous robotic manipulation, haptic interfaces, telemanipulation systems, advanced sensors, and nonlinear control. He is the author or coauthor of about 270 scientific papers presented at conferences or published in journals and of 13 books on digital control and robotics.
#3D printing #Home Automation #New Manufacturing #Robotics #Science
C13 (pav. 6) - ALMA MATER STUDIORUM - UniversitÃ  di Bologna
2017
Back
Dati aggiornati il 09/11/2021 - 11.51.35