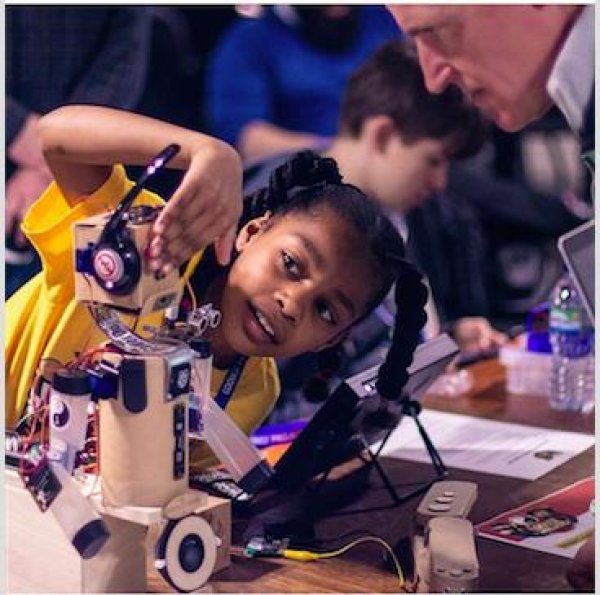 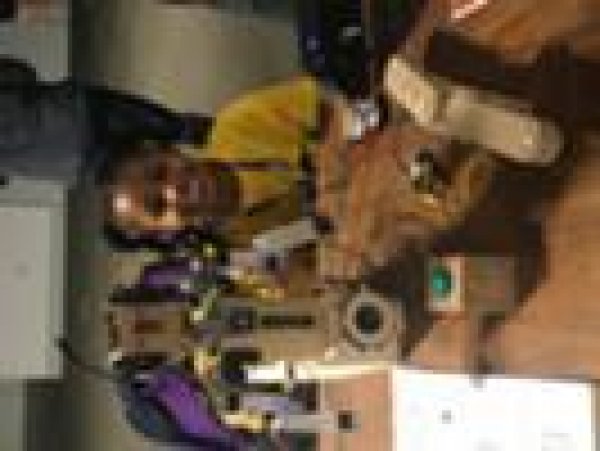 The Voice Oâ€™Tronik is a robot that responds to voice command, It was programmed on a Raspberry Pi 3 using Google Cloud Speech API and Python language, to carry out 4 different actions â€“ â€œroll eyesâ€, â€œopen mouthâ€, â€œmove armsâ€ & â€ wave armsâ€. I was inspired by the Google AIY Voice Kit & decided to use its voice command ability. In order to give the robot an instruction, you have to hold down a button & speak clearly into a microphone which is attached to its body. The bot would listen to your command, & if it understands you, it will verbally confirm what you have asked it â€“ and then physically carry out the actions. I have mounted a Micro:bit on to one of the botâ€™s arms â€“ it is coded so that each time the arm moved, the Micro:bit sends a radio signal to another Micro:bit which controls a pair of servos which in turn moves the head & tail of a little animal companion (Tiny Tech). 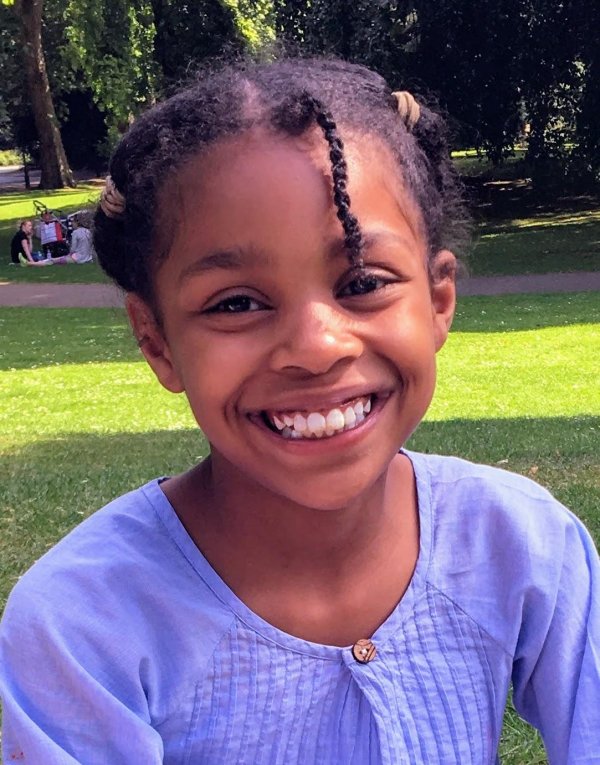 Avye is a 10-year-old coder. She started coding at 7. Most Saturdays she either attends a code group or is busy leading a Micro:bit workshop for Coder Dojo at Kingston University. Last November, she won the â€˜best working deviceâ€™ for the Micro:bit 1st Birthday Challenge & her robot was exhibited at the Bett Show in January. In February, she was selected to be part of 12 young coders for a Young Coders Conference at the Tate Modern - where she collaboratively developed & delivered workshops to the public.

Avye wants to become a visible a role model for young people in general, particularly for girls. She wants to inspire more girls to get into coding and to encourage more girl involvement in tech. This April, she led a workshop at the Coder Dojo Girls only event at the Institute of Imagination. At the end of April Avye won the hardware category at the Coolest Project UK with her voice command robot â€“ Voice Oâ€™ tronik Bot. She is motivated to create other opportunities to encourage more girl participation in tech. She recently reached her crowdfunding campaign target to fund a Girls Into Coding event that she has planned for July 8th 2018. The event is free, delivering three exciting workshops, where the girls will be able to explore coding and physical computing using the Raspberry Pi & the BBC Micro:bit (tiny computers). The event has already been over-subscribed & she is already brainstorming ideas for a follow-up event.