What is Maker Faire

What is Maker Faire? The biggest showcase of innovation and creativity in the world.

Created in 2006 in the Bay Area of San Francisco as a project of the Make: magazine, now Make: community.

Since then, it has grown into a large worldwide network of events that have turned into true platforms for innovation. 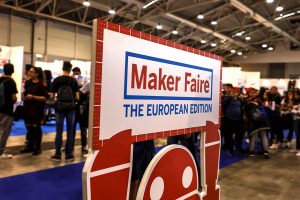 Maker Faire Rome – The European Edition, on the other hand, is the largest edition outside the United States, second only to the Bay Area edition, the only two Global Maker Faire in the world.

The event places the city of Rome at the centre of the innovation debate:

It is also the place where you learn, have fun and networking opportunities are created.

So, let us talk about an ecosystem where the protagonists of the innovation scene meet, discuss, train and have fun.

At Maker Faire Rome – The European Edition, innovators and the general public become closer thanks to experiential paths that make visitors an integral part of the event.

Make: Magazine was the first magazine entirely dedicated to DIY technology projects: it unites, inspires, informs and entertains a community of people who engage and innovate.

With the launch of Make: Magazine in 2005, followed by the first edition of Maker Faire in 2006, the maker movement was born, and it has now transformed the world of innovation, culture and education.

Headquartered in San Francisco, California, Make Community is the publisher of Make: Magazine and the producer of MFB that is held in San Mateo, and the licensee of the brand.