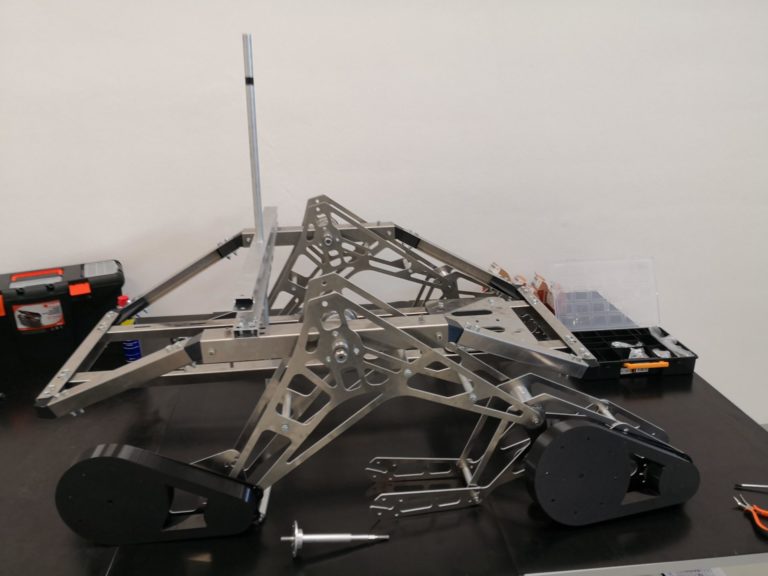 THE FUTURE OF SPACE TRAVEL ALSO PASSES THROUGH THE INVENTIONS OF MAKERS: A TASTE OF WHAT WE’LL SEE AT THE GAZOMETRO

From a platform for measuring air quality to a satellite kit for education and STEM purposes, this year’s Maker Faire has been a real blast

Artificial intelligence. IoT. Human Brain Simulation. Supercomputing. Overcoming Moore’s law. All this in a project developed by makers Claudio La Rosa and Cesare di Mauro. “We design a new type of microprocessor, which works with ternary logic (instead of the usual binary). “The immediate advantages of the ternary system are,” explain the designers, “it compacts information much better (compared to the binary system) and reduces the size of the chips (especially the memory, which today takes up most of the surface area)”.

The project connects Earth Observation satellite data and Artificial Intelligence to more accurately measure the quality of the air we breathe. The European Space Agency (ESA/ESRIN) has developed a low-cost customised platform (AQP: Air Quality Platform) to measure air quality parameters such as CO2, PM2.5, PM10. using a RaspberryPi, an Arduino and several types of low-cost air quality sensors. Some of these units have been assembled and distributed across Europe in schools and universities, thus enabling the deployment of a network of interconnected air quality sensors in the spirit of IoT. Massimiliano Ferrante, Stefano Badessi, Paulo Sacramento and Sveinung Loekken are in charge of the project.

The group designed a UAV (unmanned aerial vehicle) capable of performing a multitask mission: Flight by Waypoint, Obstacle Avoidance and Object Detection and Classification. In addition, a rover is attached to it which, during the mission, is able to land with a parachute and then reach a pre-assigned destination carrying a payload. The entire mission is carried out completely autonomously. The Sapienza Flight Team was born in 2009, as a joint initiative of students and professors. Since 2018, the team has been participating in the prestigious AUVSI SUAS competition in the US with the aim of developing autonomously guided drones.

Anatole Deligant, Paulo Sacramento and Sveinung Loekken’s project, the result of an internship at ESA’s Φ-Lab, starts with the development of a video game engine to produce an extended reality (XR) model, the so-called digital twin, of the ESA/ESRIN site. For this purpose, raw images are acquired by drones and transformed into a 3D multispectral model with textures of the whole area. 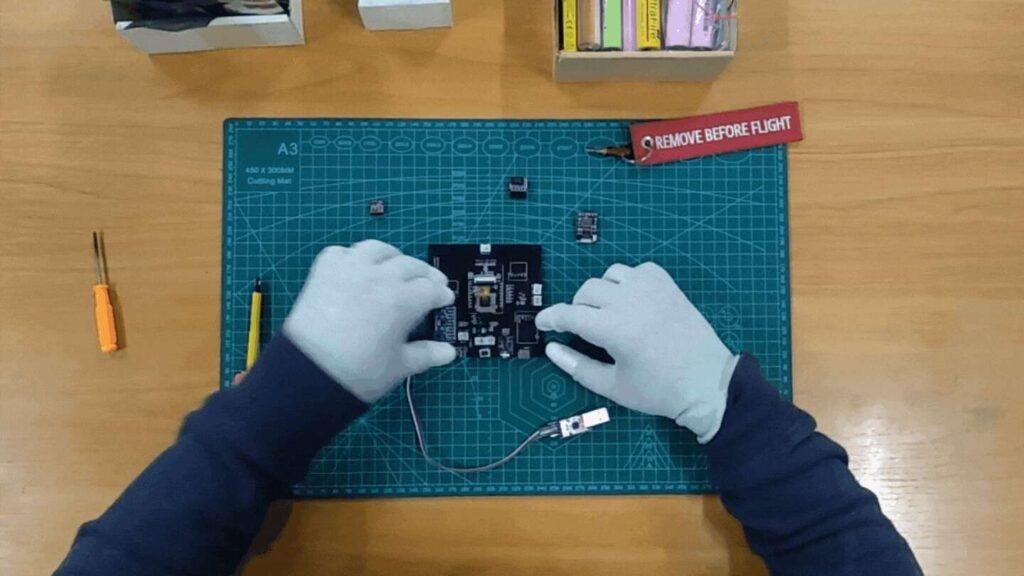 My Sat Kit is a project developed with STEM education in mind and with the functions of a real satellite. The main goal for parents and schools is to motivate children to prepare themselves to develop knowledge and skills that will be required in 10 years time. MySat is in fact an educational kit for learning coding, physics and electronics, but also a satellite kit suitable for  a satellite kit suitable for university laboratories, with all the main features of a real satellite.

The project by John Collins, also known as The Paper Airplane Guy, aims to teach how to build his Guinness World Record paper aeroplane (he is the holder). On his stand at Maker Faire Rome he will show how to fold and set up the plane. Then he will challenge the laws of aerodynamics, using paper aeroplanes that spin backwards, flip over and fly upside down again, spin, roll.

The evolution of electronics leads to miniaturisation and increased power with a consequent increase in thermal power density. In Quattro, a team composed of Giorgia Lancione, Francesco Romanello, Luca Saraceno, Antonio Scotini, Giuseppe Zummo (engineers and researchers), has developed an innovative advanced two-phase cooling system for power electronics, for both terrestrial and space applications, to meet the demanding cooling requirements in terms of compactness, weight and power consumption. The team has experience in microgravity and is involved in many international projects such as TEXTAROSSA for HPC servers and BARIDI SANA to conduct experiments on a Two-Phase Pumped Loop system on board the Chinese Space Station in orbit by 2022.

Design of an autonomous rover

Project Red is a team formed in 2019 at the Department of Engineering Sciences and Methods of Reggio Emilia, born from the will of some students to create a reference point in the area for students with a strong passion for the robotics and aerospace sector. The team’s main activity is to design and build a prototype rover for extraterrestrial exploration with which to compete in the European Rover Challenge. “Our intention – explain the team members – is to expose the main tools that allowed us to develop our prototype”.

The Sapienza Rocket Team is a student association of the Department of Mechanical and Aerospace Engineering that deals with the design and launch of model rockets and everything related to them, from the creation and study of rocket engines with different types of solid or hybrid propellants, to on-board avionics, instrumentation and launch and recovery systems. At Maker Faire Rome 2021, explains the team, “we will show a 150cm two-stage rocket called ‘Giorgio-2’, the first examples of solid rocket motors we have created, some pcb’s, and then a presentation containing various projects, renderings and simulations. Future projects include the design of an active control system called thrust vectoring, which will also allow us to perform a course control and a reaction wheel to stabilise the rocket’s roll, and finally the physical realisation of the prototype of the hybrid flight engine”.