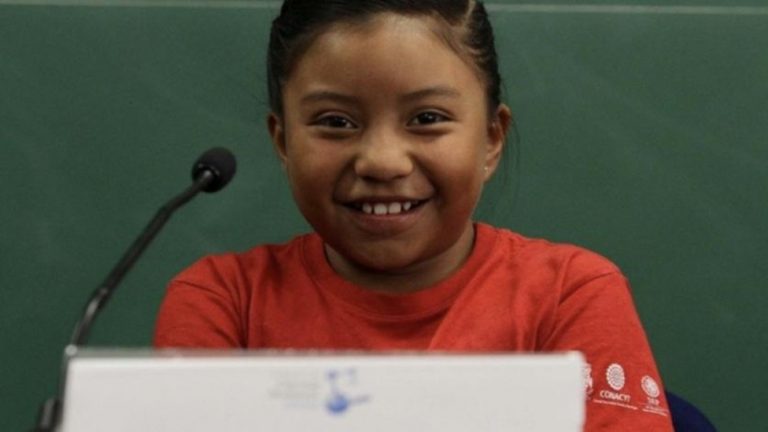 She’s been an inventor since age four.

The little girl from Chiapas was recognized by UNAM’s Institute of Nuclear Sciences for her outstanding scientific achievement.

At just 8 years old, she has designed and constructed a solar-powered device to heat water, using only recycled materials, Cultura Colectiva reports.

In Xóchitl’s community in Chiapas, Mexico, resources are scarce. “People don’t have the money to buy heaters, so they chop down trees to get firewood, to heat the water”, she says. The 3rd grader took it upon herself to do something about it. 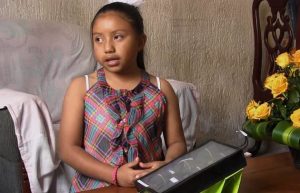 This young lady from southern Mexico is turning heads in the world of science.

A “veteran” of science projects – she’s been competing in science fairs since she was four – Guadalupe set about putting her knowledge and ingenuity to work. Using only discarded materials like bottles, wood, and plastics, she crafted a heating device that runs on a free and readily available energy source: the sun.

Her device not only functions to provide hot water to low-income families in her community, it also saves trees!

Xóchitl’s family helped her set up the device on their roof and have been using it to heat water to bathe. Guadalupe says she always bathes quickly though, “so the hot water will last for my little brother.”

The young inventor was recently recognized by the Nuclear Sciences Institute at Mexico’s Autonomous University for her solar-powered water-heating device, which has the potential to improve lives and the environment not only in rural Mexican communities, but in other areas around the world.

If this is what she is doing at eight, we can only imagine what the future holds! Her example could help promote oft-neglected science education for girls, something Maker Faire Rome – the European Edition, has been working on since its very first edition.

Want to meet other young inventors from all over the world? Then join Maker Faire Rome – the European Edition from October 18 to 20.

#EarlyBird Tickets are already on sale, buy your now!

read original article at We Are Latin live