Can we better anticipate and manage flood risk? 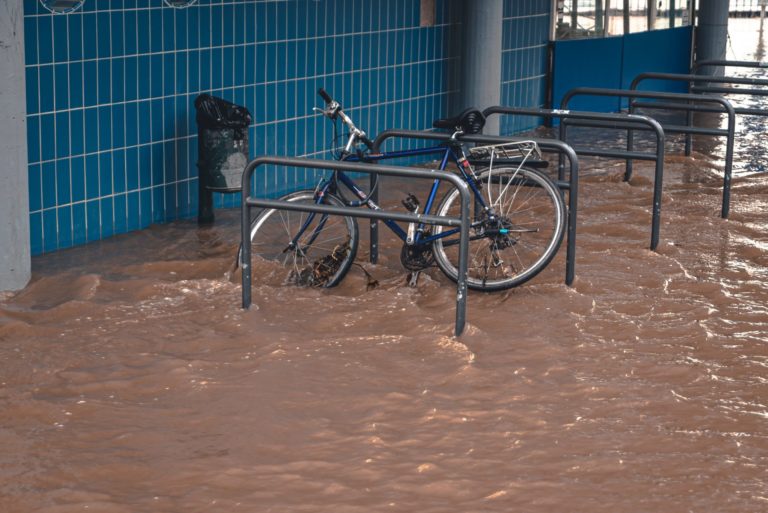 To manage risks and facilitate protection in case of floods like, an EU-funded project is developing an integrated platform with real-time information

Climate change is somehow connected to flooding, too. As climate change warms up the atmosphere, the air can hold 7% more water vapour for every one-degree Celsius rise in temperature. When this air rapidly cools, water vapour turns into droplets which join together to form heavy rainfall.

How is climate change affecting floods?

Like other extreme weather disasters, flooding involves a number of competing factors that may affect its frequency and intensity.

Floods can surge all year round, in every region of the world. Flooding, like other disasters, involves a number of competing factors that may affect its frequency and intensity in opposing ways. Climate change, which is worsening extreme rainfall in many storms, is an increasingly important part of the mix.

Between 13 and 18 May 2014 a low-pressure cyclone designated Tamara and Yvette affected a large area of Southeastern and Central Europe, causing floods and landslides. Serbia and Bosnia and Herzegovina suffered the greatest damage, as the rain was the heaviest in 120 years of recorded weather measurements. By 20 May, at least 62 people had died as a result of the flooding, and hundreds of thousands had been forced from their homes. T

Floodwaters caused over 2,000 landslides across Southeast Europe, spreading damage across many towns and villages. Official counts indicate that over 1.6 million people were affected in Serbia and Bosnia, after a week of flooding

Assessments of the damage range up to €3.5 billion for Serbia, Bosnia and Herzegovina. Damage in Serbia, jointly estimated by EU, World Bank group and UN officials, stands at 1,55 billion euros. Officials in Bosnia stated that the damage could exceed that of the Bosnian War.

How to manage risks

In 2014, the water came so quickly people couldn’t predict it or do anything or help themselves. In 2014, no one got advanced warning.

It keeps happening, all the time, everywhere. It was time to do something.

To manage risks and facilitate protection in case of floods like the one that struck eight years ago in southeastern Europe, causing ten of thousands to flee their homes and more than 60 fatalities, a Croatian company has developed an integrated platform with real-time information: GDi Ensemble FloodSmart.

What is the GDi Ensemble Floodsmart project?

It’s a flood prevention tool. It gathers all relevant information into a single web portal, which decision-makers and the public can access. The platform proposes solutions and action plans to cope with the risk of floods before, during and after they occur.

“By getting the correct data on time, we have a much faster reaction. We have less stress and we have better enforcement of flood defences.”

Here are some of its features:

It collects data from multiple sources for accurate flood risk management and protection. The project uses big data analysis to generate action plans and 3D modelling that help institutions, rescue teams and citizens. It collects all the information from hydrologists about flows, about flood areas and makes it available to those who have to make decisions, so they can choose what to do in different situations to minimize risk and damage from floods.

Web app
It enables access to the results of collected data in any web browser.
Flood risk modelling
It generates an interactive flood risk map based on current or anticipated dangers.

It allows effective use of resources in the fight against floods and communication with the public.
Secure cloud system
It maintains high performance in the event of floods when many users need access to the system.
Funding by the European Union Cohesion Policy

Looking to the future

Scientists are confident some types of flooding will increase in the “business as usual” scenario where humans continue warming the planet with greenhouse gas emissions at the current rate.

First, coastal flooding will continue to increase as sea levels rise. Melting glaciers and ice sheets add volume to the ocean, and the water itself expands as it warms.

Second, flash flooding will continue to increase as there are more extreme precipitation events. Warmer temperatures increase evaporation, putting more moisture into the atmosphere that then gets released as rain or snowfall.

Researchers also expect that, as the climate warms, flash floods will get “flashier,” meaning that the timing of the floods will get shorter while the magnitude gets higher. Flashier floods can be more dangerous and destructive.

Flash floods may also increasingly follow catastrophic wildfires in a deadly cascade of climate disasters. That’s because wildfires destroy forests and other vegetation, which in turn weakens the soil and makes it less permeable. If heavy rains occur on land damaged by a fire, the water “does not get absorbed by the land surface as effectively as it once did,