IoT gaming platforms, miniature railways that revive thanks to electronics, serious-game and experiential learning in projects seen at MFR 2022

At Maker Faire Rome everything is about innovation and even a concept such as that of “game” could only be interpreted by makers, students and SME in truly original ways.

It is well known that the logic of the game, which is based on completing levels, gaming prizes and awards, can be applied to the education field. In an active and playful environment, learning becomes easier and even more enticing. Another aspect that game can stimulate is that of experimentation and creativity: through the game and thanks to virtual reality, headsets and advanced sensors, increasingly immersive, participants can live experiences and situations that, for reasons of time, cost or security, would be impossible to live in real life.

But the new potential of the game can go much further: discover them in the game-based projects of Maker Faire Rome 2022 that, in addition to the classic function of fun and entertainment, serve to educate, train, investigate reality, reflect and test cutting-edge technologies. 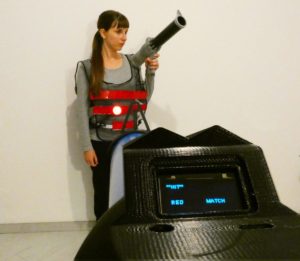 A re-make of the Laser tag that makes the game even more fun!

The project consists of a completely new platform, based on the Internet of Things and the innovative concept of optoelectronics. Light Air is designed to be used easily, quickly and anywhere and is also Open Source, to allow everyone to invent new games.

Light Air tag game was made by Piero Lovato, an electronic and optical engineer, always enthusiastic about Open Source and new technologies. 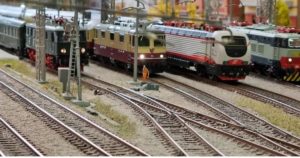 A project that, thanks to Arduino, brings electronics into the world of miniature railways to emphasize a hobby that risks to be forgotten. A mix of imagination, dexterity, creativity and ability to observe reality to reproduce it to scale, which allows you to project the modelling railway in the future!

Arduino in miniature railways was carried out by the Gruppo Fermodellistico Tartaruga. 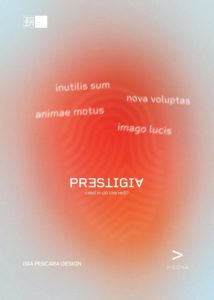 Prestigia – do you believe in what you see?

An interactive exhibition on the theme of deception that projects the visitor in a serious-game able to entertain and inform through experiential learning.

Prestigia is composed of four interactive installations on the transversal theme of deception: Nova Voluptas, which deepens the theme of phishing; Animae Motus, a journey into the interior of the human being; Imago Lucis, which analyzes marine bioluminescence and the effects of light pollution and finally Inutilis Sum, which investigates the NFT market and the sale of certificates of authenticity of digital works.

The project was realized by the students of the specialized course of Multimedia Design of ISIA of Pescara.

The Games of Orazio Miglino 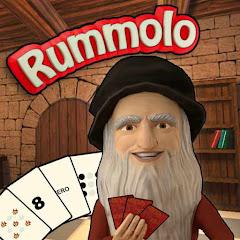 A collection of games sharing the same goal: helping acquire skills, both through a tangible interface and the use of software on tablets and PC.

During the tenth edition of Maker Faire Rome, some of these games were presented. Rummolo, for example, is a card game designed to help children train their mind with numbers. In the game there is a deck of special cards created following the principles of the scientific theory of “Number Sense”, according to which our mind represents the numbers with three different codes.

Another interesting game presented at MFR is the one on “distance learning” that is not reduced to a work with a digital platform, but proposes a multi-sensory learning with the use of innovative ICT tools, central in primary education, and directly represented by toys that come alive using the Tangible User Interfaces paradigm. 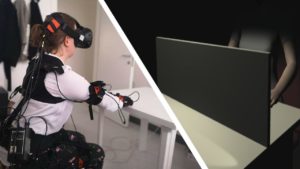 A project that investigates the moral behavior of people in immersive virtual reality environments through an online dice game.

Thanks to a VR application called “Roll & Tell IVR”, players compete in pairs by throwing the dice through virtual avatars. The die score can be real or invented.

Getting the highest score leads to a victory, while a result equal to the opponent implies a defeat. Despite the risk, reporting false high scores increases your chances of winning.

The study is part of the eHonesty ERC project, which investigates the role of our corporeal self-consciousness in modulating moral behavior in real life social interactions, as well as in virtual and digital ones.

The project was carried out by Luca Provenzano and Salvatore Maria Aglioti of the Italian Institute of Technology and Giuseppina Porciello and Maria Serena Panasiti, assistants at La Sapienza University in Rome and members of Cosan Lab.

Interaction between robots and humans: why studying it? 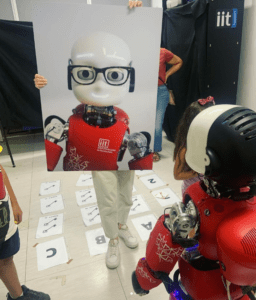 A project that shows how the study of human behavior can lead to the improvement of machines.

Through some online games, IIT’s CONTACT and RBCS units, whose main focus is cognitive robotics, showed how they study the interaction between people and robots to improve the understanding of humans and develop robots that can help in everyday life.

The approach of the two groups puts the human being at the center, trying to study both the Human-Human and the Human-Robot interaction, also from an interdisciplinary point of view. In this regard, the implementation of robots is not the only goal, they are also used as tools for the quantitative analysis of human interaction and to increase the effectiveness of interactions between robots and human.