With euro 300M in venture capital backing, ManoMano want to build up its business – and make small business rich

The market in Europe is flooded with passionate DIY enthusiasts. However, just a fraction of the total turnaround is generated online. And it’s here where heavily backed French startup ManoMano sees an opportunity to establish itself as a platform in the same vein as Amazon.

In 2013, brothers Philippe de Chanville and Christian Raisson founded the ManoMano platform in an effort to challenge the 400-billion-euro market for landscapers and DIYers sorely lacking in digital offers. The company is now active in six European markets, even if it has seemed to identify German an important pillar to its long-term success: “The German market, given its size, is the key market for ManoMano,” says founder de Chanville. “In 2019, we grew by 121% compared to the year before and achieved a trade volume of EUR 43 million.” 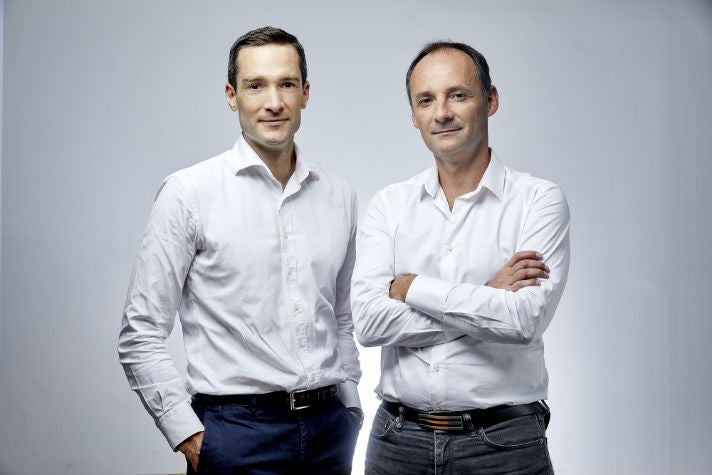 Exploiting the cumbersome nature of the big boys

Nevertheless, it is beyond doubt that the big home improvement retailers have slept on digital. Just recently, their market share of online business for DIY and gardening was south of 50%. Countless people started their searches for drills, shower cabinets and the like on Amazon. It’s no wonder then that the market is dominated by latecomers. Home improvement products tend to require a great deal of consultation and explanation and are oftentimes too big for mail orders—which explains why many hardware stores offer certain items for pick-up only.

The home page for ManoMano Germany

And it’s here where ManoMano sees its chance. The company supplies everything from screws to garden sheds and intends to use an army of experts to solve the digital consultation problem. If you’re talking about buying a single drill, it’s exceedingly difficult to make inroads versus Amazon. But finding the right pipe or the optimal shower door online is not easy. That’s where ManoMano’s team of experts, the “Manodvisors,” come into play. According to founder de Chanville, the “Manodvisors” primarily consist of retired hardware store employees or enthusiastic hobby DIYers. If a “Manodvisor” accompanies through to the purchase of a ManoMano product, they receive a commission. In principle, anyone can be a Manodvisor; you just need to sign up and pass a home improvement and gardening test. According to the company there were over 1 million conversations between consultants and clients held on the site in 2019 alone.

When it comes to logistics and platform strategy, ManoMano follows in Amazon’s footsteps, but just at a much, much smaller scale. The company’s goal is to acquire merchants and manufacturers to the platform. “Our long-term goal is to achieve a balance of 70% merchants and 30% manufacturers,” founder de Chanville told OMR. At present, the ManoMano promise of being able to acquire new clients on the platform has primarily been successful internationally. ManoMano performs some of the fulfilment and delivery in some of the other countries it serves.

Not everything is à la the Amazon playbook

”What separates ManoMano as a platform from Amazon is that they are not competing for the so-called “buy box.” On Amazon, merchants with the lower sales price end up in the box, which displays the price and which contains the shopping cart. On ManoMano, every product is only offered by a single merchant.

“It’s in the interest of the seller to offer the best possible price to convert prospective customers into paying customers. That leads to a natural competition between merchants,” says de Chanville. “The pricing scheme, however, is dependent on discussions conducted beforehand. As a selective marketplace, we do not work with all merchants. This fact gives us a bit of leeway in such discussions.” De Chanville went on to say that ManoMano intends to remain a platform in the future and not offer its own products. “We can only grow when our partners grow,” he says.

International investors believe in the concept

ManoMano claims four million products are on the platform. “We have already conducted deliveries to 3.5 million customers and have over 2,500 merchants and manufacturers across Europe who sell products on the platform. These figures, as well as its EUR 620 million in revenue for 2019, has caught the attention of a slew of investors. In early 2020, ManoMano collected EUR 125 million in a Series E round of funding—led by Temasek Holdings (the holding company of the Singaporean government) and with participation by General Atlantic (an early investor in Facebook, Airbnb, Slack, Snap and many more).

In total, ManoMano has received a total of EUR 310 million in invested capital.

ManoMano has yet to break through to the German mainstream, however—but that could be changing very soon. “We’re launching TV campaigns this spring,” says de Chanville. “This extensive branding push is an essential step in reaching our growth targets. The spots, previously only available on Youtube, are reminiscent of typical hardware store ads revolving around drills and mowers. Apparently, the first step is to establish itself in the minds of German consumers as an outlet for such goods.

Where ManoMano has enjoyed success in its reach campaign has been on Youtube with DIY projects. It’s no secret that atypical content tends to work really well—and ManoMano is no different.