CyberOrto 2.0 and other 3D printing projects we will see at Maker Faire Rome 2021 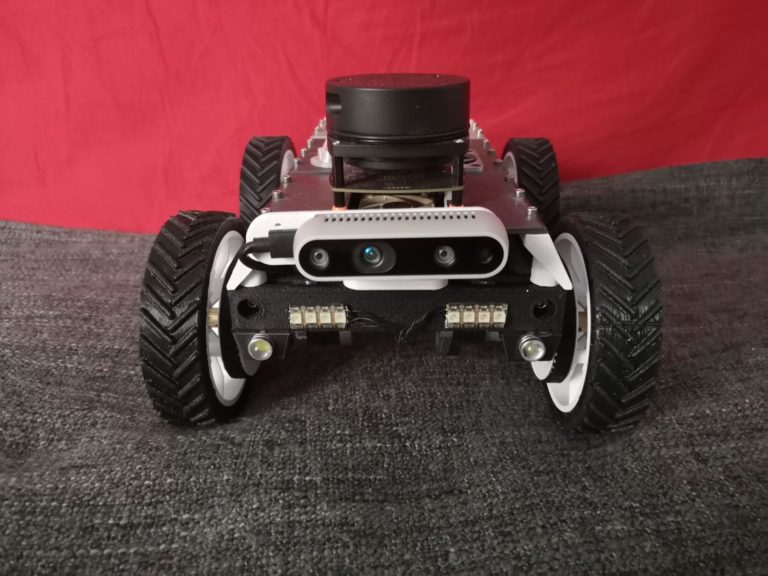 MANY PROJECTS FOCUS ON GREEN. ONE OF THEM HAS ALSO BEEN CHOSEN BY IKEA. FIND OUT WHAT IT IS

The other projects from the Call for Makers selected for Maker Faire 2021. Here are all the details

CyberOrto is a system that allows you to manage a small vegetable garden in a fully automated way. You decide, through an application, which vegetables to plant and it willand it will cultivate them, notifying you when they are ready for harvesting. It was developed by the Mindshub social promotion association, founded in 2016 with the aim of creating a “2.0 laboratory” where boys and girls could experiment in the fields of electronics, robotics, IT and 3D printing. Our team is made up of fantastic volunteers who, for free, constantly and passionately help us achieve our goals.

ERWHI stands for Eyed Robot With Human Interaction. It is among the smallest robots in the world capable of autonomous navigation and computer vision. The aim of the project is to create a small robot that can test software designed for larger robots, such as autonomous cars or mobile platforms used in warehouses. Behind the project is Giovanni di Dio Bruno, an Automation Engineering student at the Scuola Politecnica e delle Scienze di Base di Napoli Federico II.

Also The Ant. Giovanni also has a second project that he will bring to Maker Faire Rome 2021. It is called The ANT and is “the smallest robot with ROS2 and microROS capable of AI and autonomous navigation”. 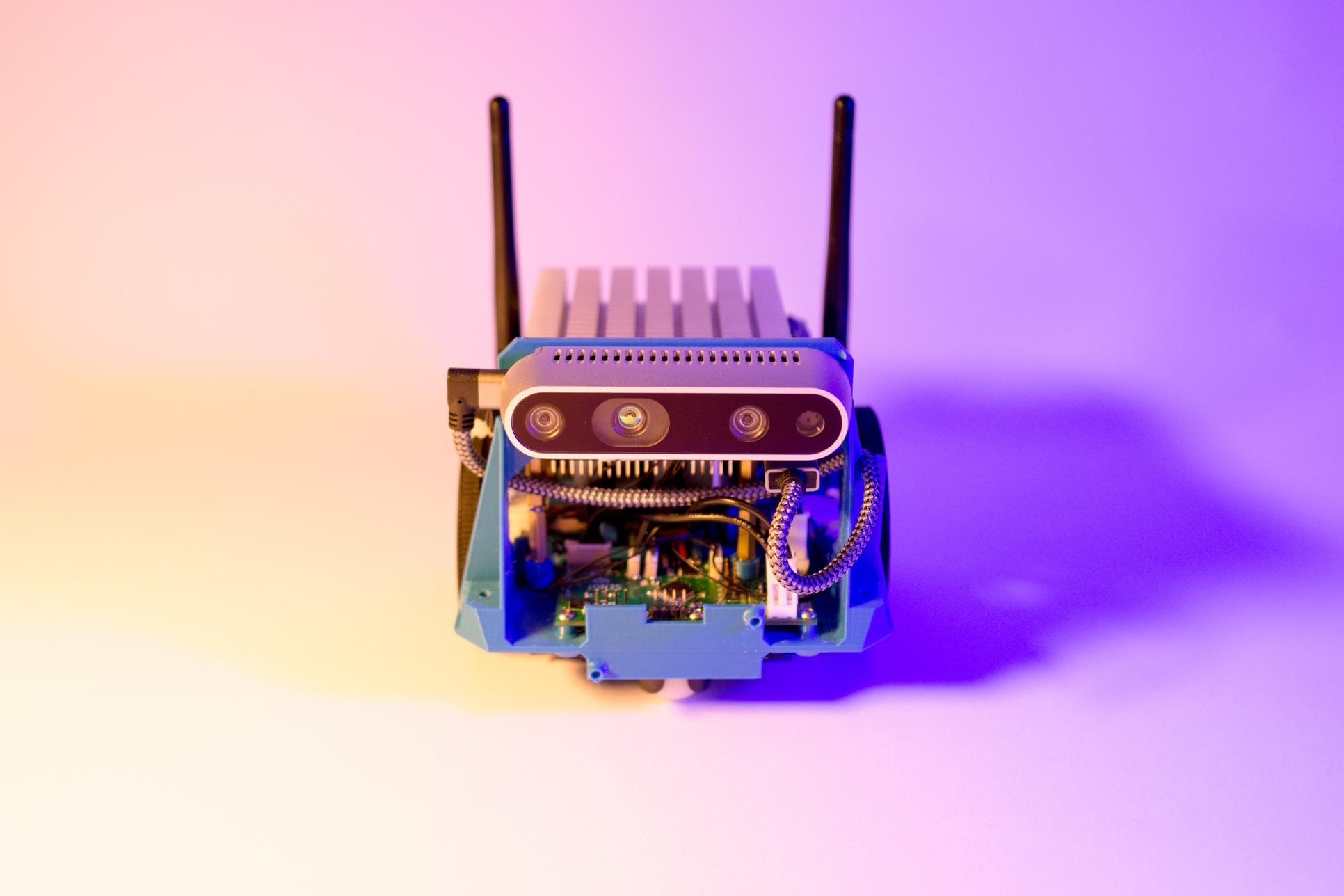 Many diseases require accurate and detailed monitoring of the clinical course and this is not always possible, especially at a distance. Daily monitoring from a distance makes it possible to improve therapies and the results they have on patients. Medere is a project in collaboration with MADE Competence Center, which has developed the STEP system (Sensorised insoles for therapeutic monitoring of patients) with the aim of creating customised sensorised insoles to monitor patients on a daily basis. The main aim of the project is to remotely obtain data to monitor the daily activities of patients through sensors placed in customised 3D-printed insoles. This would allow information to be obtained on the type and intensity of activities carried out, the pressure exerted during activities and changes in certain posture indicators.

Bioupper. The project was presented and awarded a prize in the BioUpper 2020 project promoted by Novartis, IBM and Cariplo Factory. It also received the Best Practices award promoted by Confindustria Salerno. 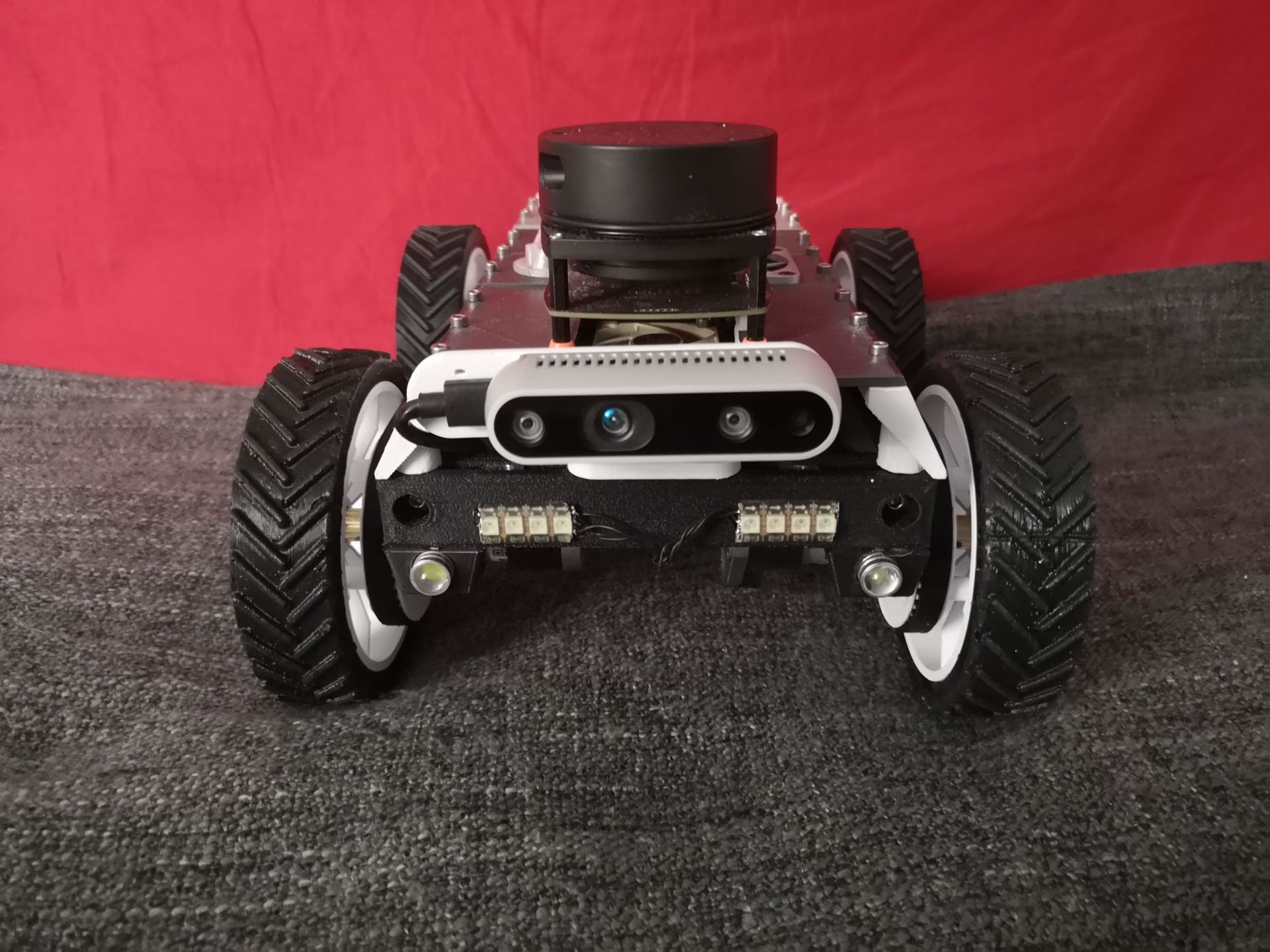 Slammer is the autonomous robot rover project, developed by Alessio Morale and designed to teach robotics. The robot is also used as a development platform for the uNav project, an advanced open source motor control system for robotic applications. The robot uses several sensors (3D camera, Lidar and IMU) to perceive its surroundings, create a map of them and navigate autonomously (SLAM, Simultanous Localization And Mapping), bypassing obstacles. 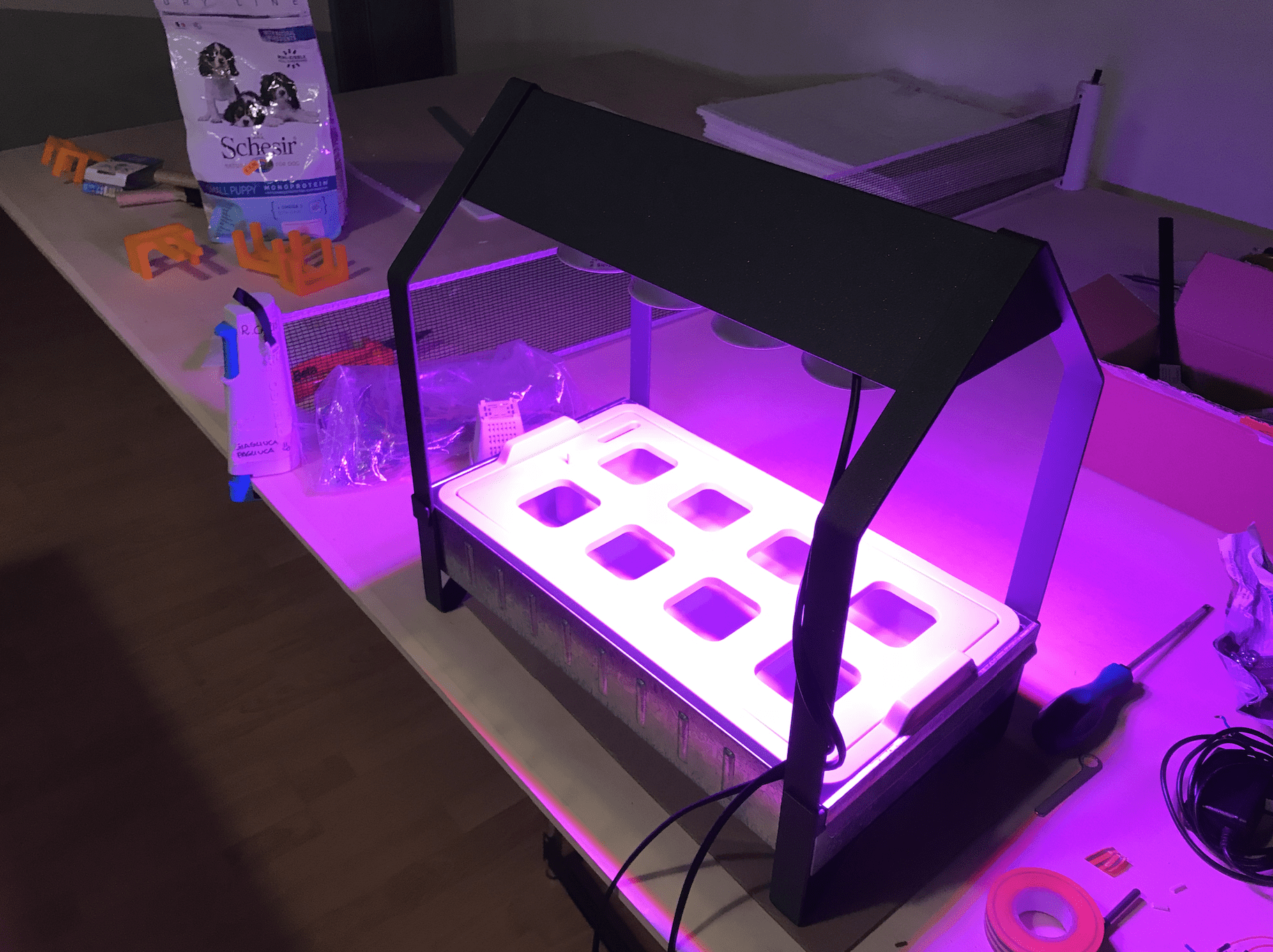 Foglia is the project by Marco Ferrantini and Erdit Hallulli, born at Maker Faire Rome in 2017. It is an open source project that was initially born as a customisation of a small greenhouse sold by Ikea (KRYDDA). To date, Foglia is a larger project based on the customisation of some Ikea products with the aim of transforming them into small working greenhouses, able to grow plants and vegetables on shelves, bookshelves, drawers and boxes. 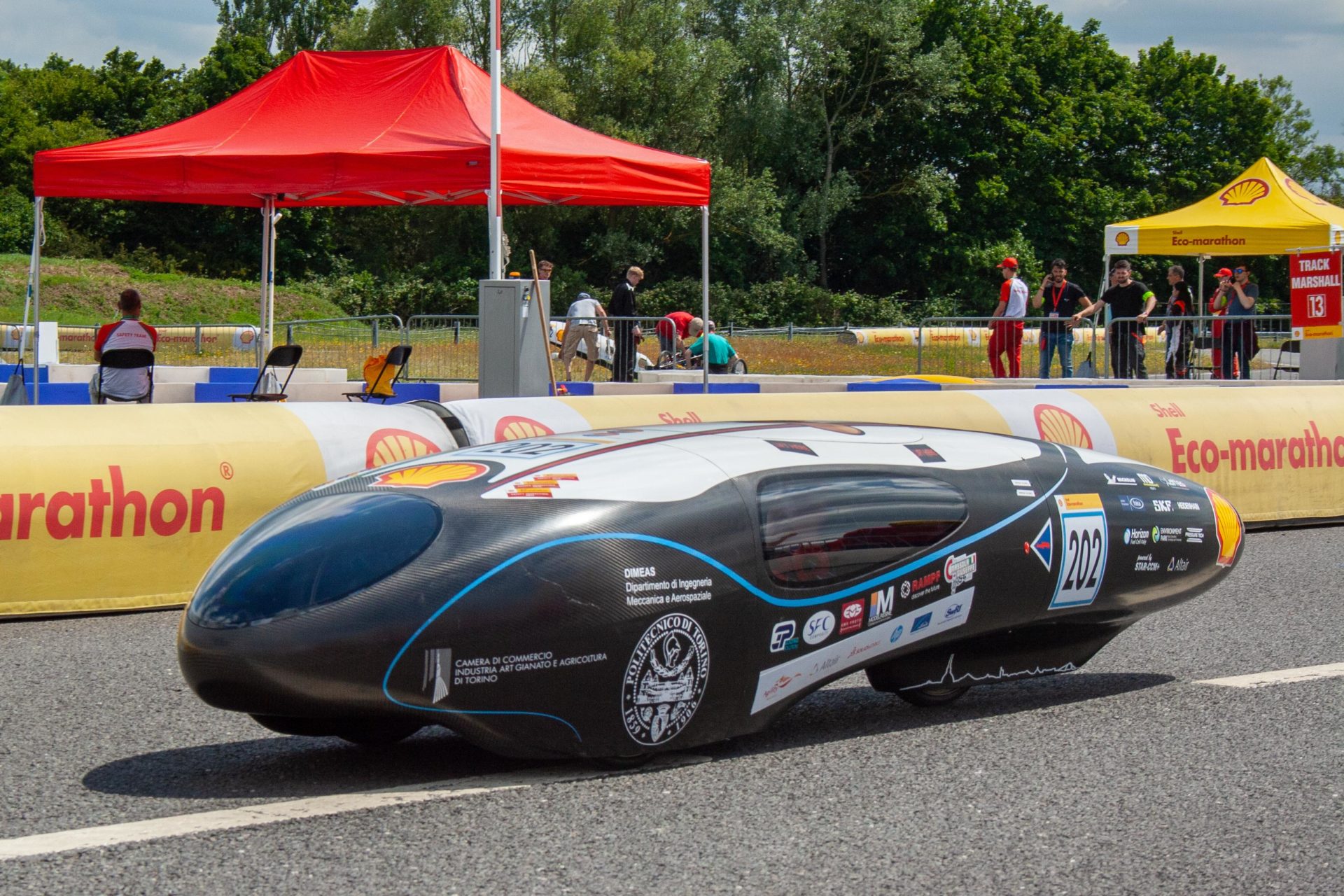 At Maker Faire Rome again this year there will be space for H2politO, a student team from Turin Polytechnic that has been designing competition vehicles for the Shell Eco-marathon since 2008. This year they will be bringing IDRAkronos, a vehicle powered by a brushed electric motor powered by a hydrogen fuel cell. The chassis is a self-supporting body in carbon fibre and light alloys. Features that allowed him during the 2019 competition to set a new consumption record: 1058 km/Nm3 of hydrogen, which corresponds to 3445 km/L of petrol.

Alessandro Tognetti, Lucia Arcarisi and Nicola Carbonaro have developed innovative textile sensors with high wearability and custom design to make wearable devices increasingly popular in everyday life. “Among our flagship prototypes, we have developed a smart ballet dress that lights up with the dancer’s step and a prototype of a sensorised sock for step analysis, for early diagnosis of neurological disorders such as Parkinson’s, for effective therapies and savings in healthcare costs”.