From seawater to drinking water, with the push of a button 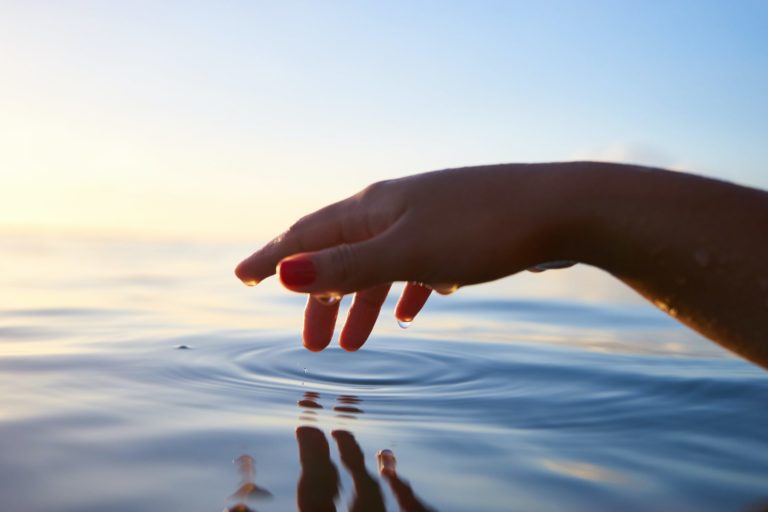 A CLEAN WATER BREAKTHROUGH FOR MIT

Researchers build a portable desalination unit that generates clear, clean drinking water without the need for filters or high-pressure pumps

MIT researchers have created a portable desalination unit that can automatically remove particles and salts simultaneously to generate drinking water.
A suitcase-sized device that requires less power to operate than a cell phone charger and costs around $50 to buy online. This is the latest water desalination breakthrough by a team of researchers at MIT.

Announced in a press release just a few weeks ago, the portable desalination unit, weighing less than 10 kg, can remove particles and salts to generate clean, clear drinking water without the need for filters or high-pressure pumps.

“This is really the culmination of a 10-year journey that I and my group have been on,” says senior author Jongyoon Han, right, pictured with Junghyo Yoon, seated.

After tests in the lab, the researchers took the device to Carson Beach in Boston to see how it would work out on the field. In about half an hour, the device generated a cupful of clear, drinkable water, which even exceeded the World Health Organization quality guidelines.

‘It was successful even in its first run, which was quite exciting and surprising. But I think the main reason we were successful is the accumulation of all these little advances that we made along the way,’ comments senior author of the research Jongyoon Han.

Han continues, ‘This is really the culmination of a 10-year journey that I and my group have been on. We worked for years on the physics behind individual desalination processes, but pushing all those advances into a box, building a system, and demonstrating it in the ocean, that was a really meaningful and rewarding experience for me.’

Commercially available portable desalination units typically require high-pressure pumps to push water through filters, which are very difficult to miniaturize without compromising the energy-efficiency of the device, explains Yoon.

Instead, their unit relies on a technique called ion concentration polarization (ICP), which was pioneered by Han’s group more than 10 years ago. Rather than filtering water, the ICP process applies an electrical field to membranes placed above and below a channel of water. The membranes repel positively or negatively charged particles — including salt molecules, bacteria, and viruses — as they flow past. The charged particles are funneled into a second stream of water that is eventually discharged.

The process removes both dissolved and suspended solids, allowing clean water to pass through the channel. Since it only requires a low-pressure pump, ICP uses less energy than other techniques.

But ICP does not always remove all the salts floating in the middle of the channel. So the researchers incorporated a second process, known as electrodialysis, to remove remaining salt ions.

Yoon and Kang used machine learning to find the ideal combination of ICP and electrodialysis modules. The optimal setup includes a two-stage ICP process, with water flowing through six modules in the first stage then through three in the second stage, followed by a single electrodialysis process. This minimized energy usage while ensuring the process remains self-cleaning.

The researchers designed the device for non-experts, with just one button to launch the automatic desalination and purification process. Once the salinity level and the number of particles decrease to specific thresholds, the device notifies the user that the water is drinkable.

The researchers also created a smartphone app that can control the unit wirelessly and report real-time data on power consumption and water salinity.

The team says the unit could be deployed in remote and severely resource-limited areas, such as communities on small islands or aboard seafaring cargo ships. It could also be used to aid refugees fleeing natural disasters or by soldiers carrying out long-term military operations.

The researchers are currently working to scale up production, make the device more user-friendly, mprove its energy efficiency, and explore the use of low-cost materials.

‘Right now, we are pushing our research to scale up that production rate,’ comments Yoon. ‘This is definitely an exciting project, and I am proud of the progress we have made so far, but there is still a lot of work to do,’ adds Han. ‘Another limitation is the use of expensive materials. It would be interesting to see similar systems with low-cost materials in place.’

The research paper was authored by Junghyo Yoon, Hyukjin J. Kwon, SungKu Kang, Eric Brack, and Jongyoon Han; you can find it here.

Follow us, subscribe to our newsletter: we promise to let just the right content for you to reach your inbox, or submit a project to our Calls for Makers, Universities and Schools