In Warsaw, with clams decide if people in the city get water or not 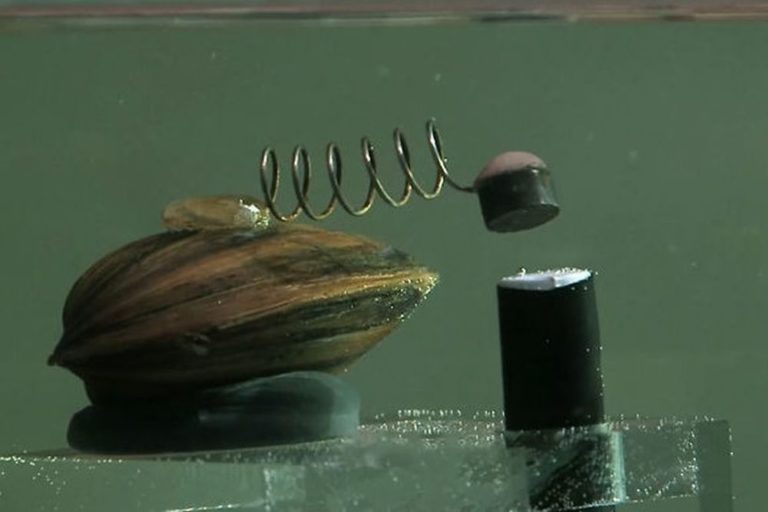 In warsaw, clams decide whether people in the city get to drink their water

They might be small, but these mussels shoulder tremendous responsibility

“Clean drinking water, like democracy, is one of those things you tend to take for granted until it runs out or becomes polluted”. But just like democracy, securing it takes a lot of work and constant oversight.

In Warsaw, the capital of Poland, this work takes place in a round building with round windows in the middle of the Vistola River. This building harbors one of the most interesting and wacky takes on the issue of water quality management.

These biological systems are comprised of eight mussels with sensors hot-glued to their shells. They work together with a network of computers and have been given control over the city’s water supply. If the waters are clean, these mussels stay open and happy. But when water quality drops too low, they close off and shut the water supply of millions of people with them.

A first project of this kind was actually launched in Poznan, a city in the eastern side of the country, and was at the center of an EU-funded project, too. 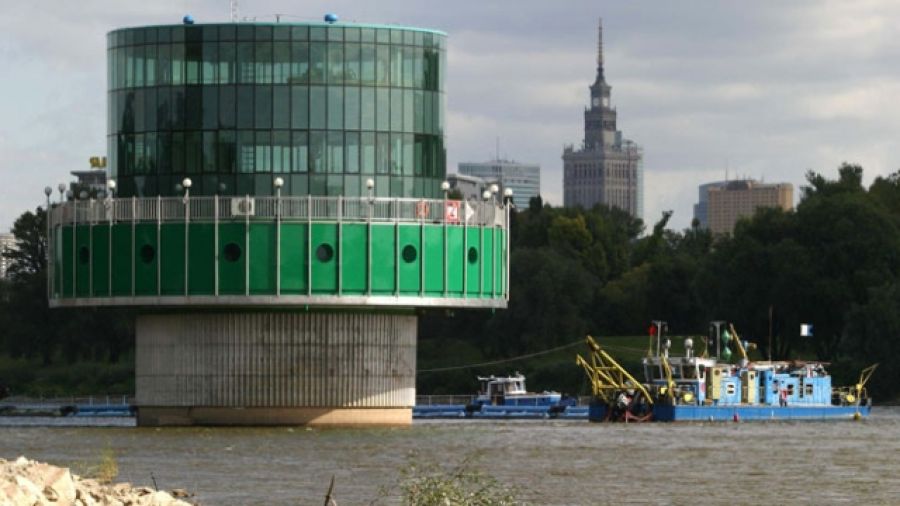 According to a presentation from AquaNES, a project of the European Union that aims to integrate nature-based elements into water management systems, Poznań’s main source of water is the Warta River. The only issue here is that the Warta passes through some of the country’s densest population centers, and some of its oldest industrial areas (where heavy industry has been present since the later parts of the 19th century). This creates an avenue through which pollution can wind up into the city’s drinking water. One particular point of worry is heavy metals such as chromium seeping through the ground and into the river.

Which naturally raises a question — how can Poznań ensure that the drinking water running through its pipes isn’t dangerously contaminated?

“The best indicator organisms are those that have specific life requirements, i.e. they have a narrow ecological (occurrence) scale. This means that a number of different factors will limit their vital functions or even eliminate them from the environment.”

In essence, these “indicator organisms” allow engineers at the plant to know if the water is safe for human use or consumption, even if they don’t produce hard data on its quality. Organisms such as mussels are good indicators of water quality because they have a low tolerance for pollutants, and they show an obvious response to improper water quality: they clamp shut.

Mussels require clean, well-oxygenated water with low levels of physical or chemical impurities to thrive. They’re less and less common in Polish lakes (and in virtually all coastal waters across the globe) because of pollution, which shows just how sensitive they are to changes in water quality. In Poland’s case, most of the damage is caused by pollutants seeping up from contaminated aquifers (groundwater) into lakes or rivers.

This sensitivity to pollutants made them ideal for monitoring Poznań’s water supply. When waters are nice and clean, mussels open up completely in order to feed — which they do by filtering water and eating any organic matter they find. When water quality drops, they very quickly close their shells, inlet siphon (their ‘mouth’), and slow down their metabolism.

The use of mussels as part of an automated water supply system was tested at the Department of Water Protection at the University of A. Mickiewicz in Poznań and found to be a very reliable indicator of water quality. 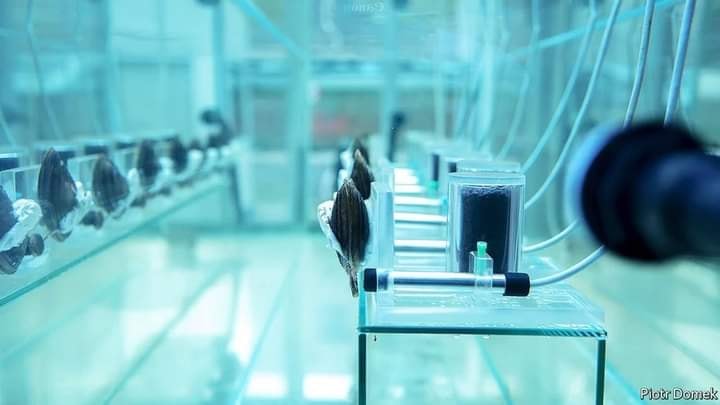 Whenever a mussel clamps down, it closes a circuit via a spring that was simply hot-glued to its shell, which alerts a computer that it may be time to turn off the water supply. The computer’s job is to monitor parameters obtained through artificial sensors and produce an alarm if anything seems amiss. This step is meant to account for any possible change in the individual behavior or mussels, of which there are 8; one presumes they may sometimes grow tired and close off for a nap. If four of the mussels close at the same time, however, the system shuts down automatically. It’s engineering at its best.

Mussels are typically viewed as a nuisance that clogs and damages water supply systems. But the clam-powered system has been running at the Dębiec Water Treatment Plant since September 1994 and might change that view. It did, actually: the project then escalated and was implemented in Warsaw, too.

Gruba kaska is the name of the Warsaw’s project and the title of the documentary film that follows the story of such mussels in Poland’s capital.

Julia Pelka, the director, is the one who brought this story out of the plant and into the Internet. Her interest in the topic began when she was little, as Warsaw’s water pumping facility was clearly visible from a bridge she needed to pass over when going to visit her grandparents.

“I read an article about this building called ‘Gruba Kaśka’ which is a water pump and can be accessed through an underground 300-meter tunnel,” Julia Pełka told. “Inside, 8 clams control the purity of our water.”

“No computer can replace these super-sensitive mussels.”

Take a look at the trailer below: