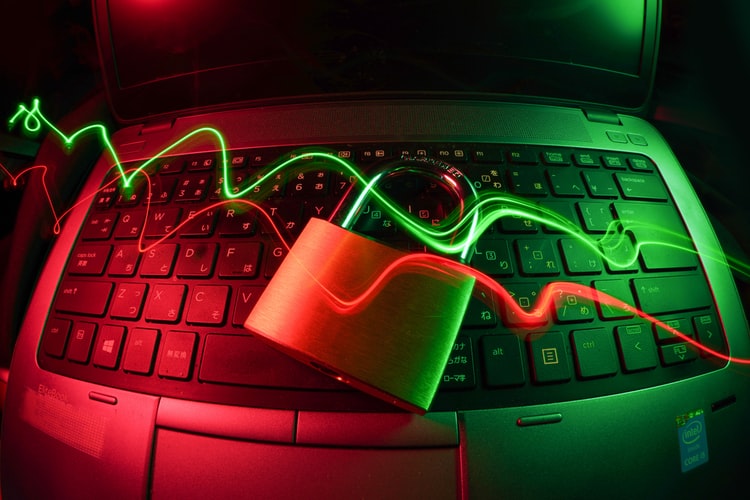 Ozgur Sinanoglu is obsessed with computer chips — a passion born at age 10 when his father brought home a Commodore 64. Now 42 and the associate dean of engineering at New York University Abu Dhabi, Sinanoglu claims that he and his colleagues have designed an unhackable chip. Given last year’s Meltdown and Spectre — security flaws that researchers are calling catastrophic because they could affect nearly every computer chip manufactured in the past 20 years — producing a chip capable of repelling attacks would restore peace of mind to everyone from government agencies to private companies.

Last, but not first

Sinanoglu is not the first to make the claim. Because chips combined in central processing units (CPUs) are essentially the brains of computers, savvy engineers around the world have come up with all manner of tricks to keep hackers at bay. And most designs ultimately join the ranks of “good effort, but not good enough.” In 2010, former U.S. Army computer specialist Christopher Tarnovsky hacked into Infineon’s allegedly unhackable SLE66 CL PE chip used in PCs, gaming consoles and e-cards. Granted, he used a $70,000 electron microscope, tiny conductive needles and acid to siphon off critical data, but the point was made: not unhackable.

What sets Sinanoglu apart — besides his roughly 20 issued or pending patents — are his heavyweight backers, from the National Science Foundation to the U.S. Department of Defense, which is supporting his research through its Defense Advanced Research Projects Agency (DARPA). Boasting a 15-page résumé of academic accomplishments, the Turkish engineer is most concerned with chips fabricated in foundries, or “fabs,” where designers can’t monitor the manufacturing process. When chips are fabricated at these third-party facilities, can we really trust the end result? No, Sinanoglu asserts, making it critical that we add defenses to make them resistant to theft or tampering by those seeking financial gain, so-called hacktivists or nefarious state actors.

After analyzing the myriad threats, Sinanoglu and his team added locks to their chip that are comparable to computer passwords except that they’re made up of a unique combination of binary code (0’s and 1’s). For their first design, released in fall 2017, the team added logic, or processing information, to obscure the design. Only people with a special key could hack into the chip and replicate, steal or tamper with it. The NYU team issued a public invitation to hackers to hack away — a move that turned out to be premature. By October, they realized the logic they’d added gave away information about the key. Sure enough, the following April, a group from China’s Wuhan University hacked the chip.

THEY UNVEILED THEIR CHIP IN DECEMBER 2018, AND INVITED HACKERS TO HAVE AT IT. SINCE THEN, SINANOGLU SAYS, NO ONE HAS FOUND THE KEY.

Humbled but not disheartened, Sinanoglu set to work again. The team revisited its process, posing new questions and finding stealthier paths to protecting the chip. Their conclusion? They needed to strip out all logic and leave no structural traces. Hackers could identify the chip design, but they would have no sense of its logic or functionality without the special key of 0’s and 1’s. The functionality, says Sinanoglu, is buried in the secret key. They unveiled the subtractive version of their chip in December 2018, and once again invited hackers to have at it. Since then, Sinanoglu says, no one has found the key.

Caution in the cybersecurity community

Most people in cybersecurity are “a little cautious” than his colleagues about claiming the existence of an unhackable chip. Dan Goldberg, founder of Castlerock Cyber Security and an information security consultant in Virginia, expresses skepticism that anything “as complex as a microprocessor or general purpose computing device” can be truly unhackable.

For starters, Goldberg worries about key discipline: Who has access to the key and what happens when that access is revoked? Could a spurned employee exact revenge? What if the key is lost? Goldberg’s approach is to design networks and systems that follow a “defense in-depth” model. “If a malicious actor gets access to one aspect of the system, they don’t immediately have access to everything,” he explains. Sinanoglu acknowledges that, for now, they can only secure their chip at the hardware layer, but when the hardware is compromised, the whole system is compromised — which is why he considers his team’s latest iteration the unhackable ideal he has been working toward for most of his life.

Assuming his new design withstands scrutiny, Sinanoglu plans to deploy the technology more widely, making it both scalable and practical. Can this competitive computer nerd thwart the world’s hackers? The jury’s still out, but listening to him, it’s easy to believe the future of chip security is now.

Ozgur Sinanoglu is a professor of electrical and computer engineering at New York University Abu Dhabi. He earned his BS degrees, one in Electrical and Electronics Engineering and one in Computer Engineering, both from Bogazici University, Turkey in 1999. He obtained his MS and PhD in Computer Science and Engineering from University of California San Diego in 2001 and 2004, respectively. During his PhD, he won the IBM PhD fellowship award twice. He has industry experience at Texas Instruments, IBM, and Qualcomm, and has been with NYU Abu Dhabi as an assistant professor during 2010-2014, associate professor with tenure during 2014-2018, and full professor with tenure since 2018.

Professor Sinanoglu’s research interests include design-for-test, design-for-security, and design-for-trust for VLSI circuits, where he has more than 200 conference and journal papers, and 20 issued and pending US Patents. He is the recipient of the best paper awards at IEEE VLSI Test Symposium 2011 and ACM Conference on Computer and Communication Security 2013. Sinanoglu has given around two dozen tutorials on hardware security and trust in leading CAD and test conferences, such as DAC, DATE, ITC, VTS, ETS, ICCD, ISQED, etc. He is serving or has served as general/program/track/topic chair or technical program committee member in about 20 conferences, and as (guest) associate editor for IEEE TIFS, IEEE TETC, IEEE TCAD, ACM JETC, Elsevier MEJ, JETTA, and IET CDT journals. He chaired and hosted the top cybersecurity conference in Asia, ACM ASIACCS 2017, in Abu Dhabi.

Professor Sinanoglu is the lead PI and the managing director of the Center for CyberSecurity and the director of the Design-for-Excellence Lab at NYU Abu Dhabi. His recent research in hardware security and trust has been funded by US National Science Foundation, US Department of Defense (Army Research Office and DARPA), Intel Corporation, Semiconductor Research Corporation, and Mubadala Technology. Sinanoglu received the inaugural NYUAD Distinguished Research Award in 2021. Also in 2021, he was inducted into the Mohammed bin Rashid Academy of Science in the UAE.

Professor Sinanoglu is the current chair of the Promotion and Tenure (P&T) Committee at NYU Abu Dhabi.