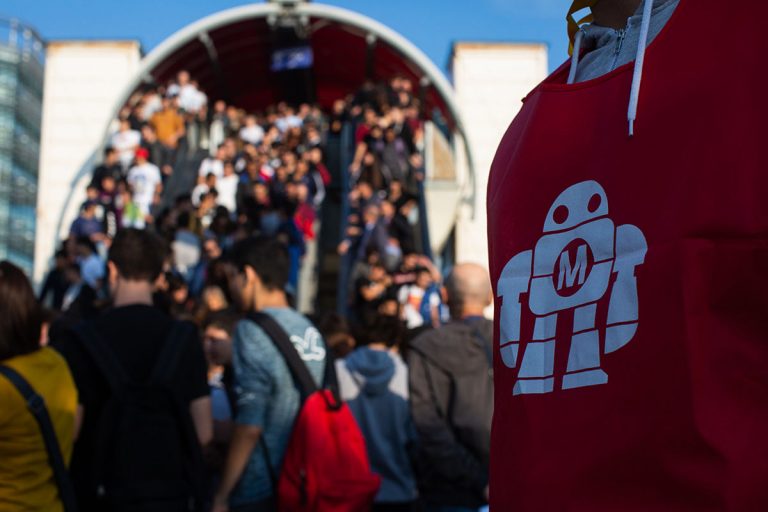 MFR19 over THAN 700 PROJECTS Arrived!

At MFR19 the projects coming from all over the world are over 700. The seventh edition of Maker Faire Rome is scheduled from 18 to 20 October at the Fiera di Roma , thus it promises to be particularly fascinating.

Consequently MFR19 seems to be recognized by makers as the main event dedicated to technological innovation told in an interactive, simple and informal way.

Maker Faire Rome – The European Edition is organized by the Rome Chamber of Commerce through its internal unit Innova Camera and with the backing, as an institutional partner, of the ITA (Italian Trade Agency), Ice Agency that deals with the internationalization and promotion of the Italian companies, within the framework of a broader support by the Ministry of Economic Development to initiatives in favour of the Italian competitiveness and innovation.

Projects arriving from all over the world

Besides the italian proposals, the quality of ideas from non-EU countries is higher than ever. Among them the most interesting are coming from:

together with a significant presence of proposals also from the European countries. Those which stand out for quality being:

Italian and international innovators presented to MFR19 prototypes about: robotics, digital manufacturing and the circular economy which are as a result the most popular themes.

Many projects are also about the following topics: space, education, smart mobility, virtual and augmented reality, health technologies and, again, the Internet of things, as well as innovation for art, sport and agriculture.

“This year we are delighted by the fact that most of the prototypes, in addition to being noticed for their higher quality, have been submitted by innovators looking out at MFR19 for the first time”  noted the President of the Rome Chamber of Commerce, Mr. Lorenzo Tagliavanti.

It’s a “clear sign – he added – that the European Edition is probably even more vital than ever and it is increasingly attracting attention from all over the world”.

From the 1st of August to the 2nd of September, pre-sales for MFR19 will start with a super-discounted rate called the “early bird”.

It is effective only for those who buy tickets online.

Instead,the sales of non-discounted titles will begin from the 3rd of September : 12 euros for the One-day ticket and 24 euros for the Three-days season tickets.