Need a caffeine boost? Wear those sneakers made of coffee grounds 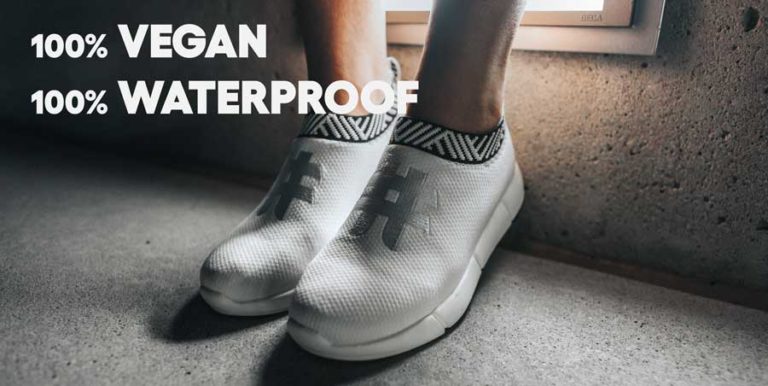 Finns consume more java per-capita than any other nation in the world, according to the International Coffee Organization. And with all of those beans comes an awful lot of waste.

As much as 14,380,600 tonnes every year, in fact. That equates to 13% per cent of Finland’s annual food refuse, with only fruit and veg being thrown in the bin more often than coffee gets poured down the drain.

It shouldn’t come as a surprise, then, if  a Finnish footwear firm is incorporating the caffeinated grounds into its products. The company is called Rens and has created a waterproof trainer made from coffee waste and recycled plastic bottles. It’s an attempt to lessen the environmental impact of used coffee grounds, which emit as much methane as ten million cars every year.

Waste, a global problem – also when it comes to coffee

Climate change and rising global temperatures could cause a global coffee shortage in coming decadesGetty Images. While the global demand for coffee is predicted to double by the year 2050, coffee cultivation is becoming more and more challenging, with climate change affecting plantations around the world.

A recent study indicates that coffee growers in Colombia – the world’s third largest producer of Arabica beans – could encounter significant environmental implications between the years 2042 and 2061. Due to rising temperatures, areas of Colombia that are currently prime coffee growing locations may soon be too hot for these plants to survive.

The shrubs are incredibly sensitive to unpredictable weather, which affects both the quantity and quality of beans that can be produced. This has a knock on effect for the 125 million people who depend on coffee production for their livelihoods.

The world’s love of coffee is unlikely to wane, so it’s crucial to find ways to recycle, renew and reuse its byproducts. This could reduce the build up of methane gases and diminish coffee’s contribution to rising global temperatures. Thiis is where brilliant projects come in.

Rens is the ‘crazy idea’ of two vietnamese students. Co-founder Bao Khanh moved to Finland in 2011 to study international business and logistics, while Hoang Son began studying IT in Finland three years later. The pair won Finland’s Summer of Startups 2016 with their Factory Finder project which is an online platform that connects European fashion brands with Vietnamese factories.

“When we started, we actually realised that only five per cent of the coffee waste in the world actually gets recycled,” says Rens CEO, Jesse Tran. “Coffee waste is a bio waste, but it produces a lot of methane, which is like 32 times more potent than CO2. So what we do here is just extend the life cycle”.

Rens Original launched its first pair of shoes – which are 100% waterproof and odor-free – in China in 2019. The company got great support from the Finnish government, but as the Covid-19 pandemic broke out, the Vietnamese duo decided to move all production to Vietnam and that decision was surely a brilliant one. Besides the company’s headquarters in Helsinki, Rens Original has also expanded with a representative and R&D office right in Vietnman, in Ho Chi Minh City

Rens shoes are now available in more than 100 countries and territories, with the largest markets in the US, Germany, the Netherlands, and Northern Europe. A pair of the company’s latest sustainable footwear costs €96, so perfectly alligned to other major brands.

What’s in a Rens pair of shoes?

A pair of Rens’ first-generation ‘Original’ shoes contain 300 grams of coffee waste, the equivalent to 21 cups.

“After you drink the coffee and throw the coffee grounds away, we actually mix it with recycled plastic pellets made from used water bottles,” explains Tran. “We then create something called coffee polyester yarn. The majority of the upper part of our shoes is made from this material.”

“In the market, sustainable products are really popular. What we see as a problem is that those products are not made for young people,” says co-founder and CTO Son Chu.

In an effort to create a truly climate neutral product, Rens also claims to offset all emissions from the production, packaging and distribution of its products.

Rens is now considering to explore the possibility to produce more waste-based apparel. “Whatever product we make, we will apply the same formula, which is from waste-based material,” says Tran. “It can be coffee waste again, or it can be something else.”

So whether it’s a pair of sneakers, a t-shirt or a jumper, one thing’s for sure: coffee waste is better off in your wardrobe than in landfill.

sources: Euronews I Rens I Rinnovabili