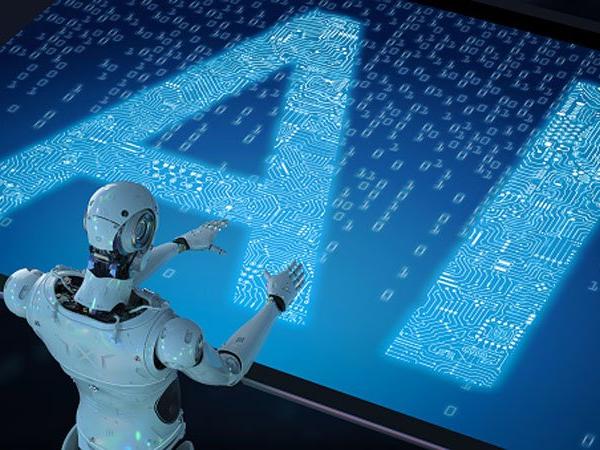 Innovation and new technologies over the last 10 years: how did they change our lives? how has the “tech world” changed in a decade?

From a simple idea to a great success. Over the years there are many “brilliant intuitions” that have changed our habits and, more generally, our society. Some examples? Let’s start from 2008!

Now ten years down the road from Tesla’s Roadster, the first highway leal series production all – electric car that could travel more than 200 miles (320km) per charge,  Its importance cannot be overstated. Almost all car manufacturers  – from Nissan to Lexus, from Honda to Audi – are now producing electric vehicles pioneering renewable energy initiatives and, rapidy, innovating electric vehicle technology. And it is all, arguably, down to the Roadster.

When the late-great Steve Jobs said that, “what we want to do at Apple, is we want to put an incredibly great computer in a book that you can carry around with you and learn how to use in 20 minutes” back in 1983, we’re not sure many would have ever envisioned that he would achieve that aim. But in 2010 that’s exactly what Apple did! the iPad remains the most popular tablet device on the planet, in all its many forms – and along with iterations such as the keyboard cover and digital stylus, it has caused innovation in laptops, smartphones, satellite navigation systems and many more devices, too.

The first iPad was poorly specced by computing standards at the time, but it showed what was possible and carved out an innovative new product category.

Drones were nothing new in 2010 when Parrot launch the AR.Drone at CES in Las Vegas, with expensive hobbyist kits gaining popularity in niche markets from the late 1980s. However, what was innovative and new was the idea that drones could be both affordable to the mainstream, and also controllable via something as prolific as a smartphone.

Today, many other drone makers have followed the innovative template set down by Parrot, with makers such as DJI, Yunnec, Autel Robotics and more producing a wide range of consumer drones that offer cutting-edge features such as in-built 4K video recording, GPS follow me functionality, and the ability to fold drones for ease of transportation.

Today in 2019, fitness wearables are not only all the rage, with huge players such as Garmin and Apple dedicating large R&D resources to producing increasingly advanced and innovative products, but also completely normalised to the extent that, for many, they now replace a traditional watch! Since then there have been numerous Fitbit wearables, such as the Fitbit Charge HR and Fitbit Blaze, as well as many other high-calibre fitness trackers (you can see the greatest in our best fitness tracker guide) and smartwatches, and each one has helped make their owner’s life better, encouraging and empowering them to live healthier.

Google Glass never broke into the mainstream market, with the technology too expensive and too clunky for it to go big time. However, it did what many forgotten products do by proving that the germ of the concept had the possibility to radically alter how people live their lives and receive information. Maybe in another 10 years we will have smart AR-infused contact lenses. The potential for the technology seem far-reaching indeed.

If there has been one product that has helped bring AI and personal AI assistants to the mainstream household then it has been the Amazon Echo. The Echo was so innovative and popular that soon Amazon spawned a wide series of Echo products such as the Echo Dot and Echo Show, and sold the technology for some very attractive price points. It helped show that the average person could genuinely benefit from AI. Soon rivals like Google and Apple were forced to compete with their own products, such as Google Home and Apple HomePod, and the innovation just kept coming.

VR technology today is at a level of fidelity and complexity that has never been seen before, with headsets ranging from Sony’ PS VR, through to the brand new and crazy advanced HTC Vive Pro, taking people to wondrously immersive new virtual worlds. This new wave of VR tech, though, almost certainly owes itself to the original 2016 Oculus Rift, which showed that computer hardware had reached a level of maturity to really step virtual reality up a level, both in terms of fidelity and potential applications.  today in 2019, VR technology is not just used in the gaming sector but also as learning aids in the medical and engineering sectors, with apprentices using VR to train themselves before applying their knowledge in the real world!

A record-breaking solar-powered plane. Airbus’s Zephyr S HAPS set an all-time record on August 5, 2018, staying aloft for more than 25 days. The flight, staged in Arizona, went to 70,000 feet, comfortably above other aircraft and most clouds. Despite its 82-foot wingspan, the solar-powered UAV weighs just 165 pounds, which—along with a power-management system that focuses on maintaining battery temperatures to ensure optimal charge and discharge rates—helped it consume less overall energy. It maintained its elevation all through the night, a feat that other sun-powered planes still can’t achieve.

And now? The intelligent digital mesh is going to include interconnected humans, robots, devices, contents and services all driven by digital transformation. Disruptive technology trends are going to propel the future where technology innovation leaders must evolve and change at the same pace of the trends they must embrace. Perhaps the obvious technology to watch closely in 2019 will be 5G. Autonomous vehicles, drones, the Internet of Things, and supercomputers could not be possible without 5G networks.

5G technology is going to improve processing speeds by more than 10 times in 2019. This is the technology that can make possible, for instance, the much expected remote surgery in rural areas. Artificial Intelligence surgery might sound too futuristic to some. However, robot surgeons powered by AI are bringing new innovations and accuracy to the operating room.

These technologies are worth to watch closely in 2019.

Well, here’s the story so far. What’s next?