Playing and composing music with the help of robotics: the most recent projects from schools and universities 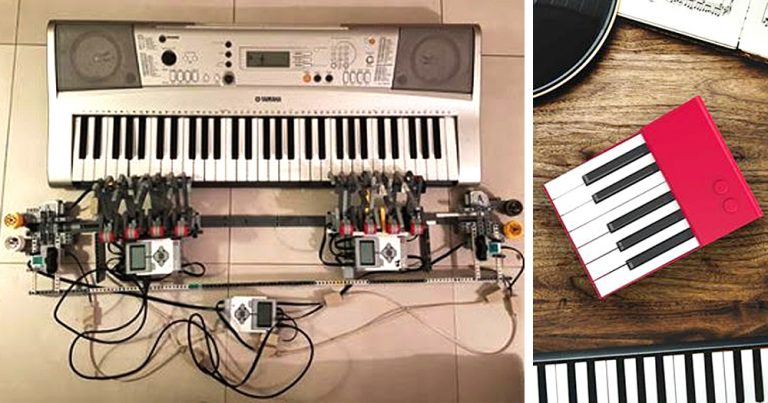 Music and robotics can go together very well, as these original inventions demonstrate

Robotics is now a consolidated reality in the programs and projects of many schools. The aspect that makes this science really interesting and instructive is that in addition to the thousand uses it can lend itself to, Robotics also manages to involve numerous disciplines contemporaneously. Precisely for this reason, in schools and academic circles, this broadly defined discipline is increasingly considered a fundamental competence, rich in ideas and projected into the future.

In the projects we are about to describe, robotics meets music. Admittedly, the “cold” calculations of an automaton are not normally associated with the emotional creativity needed when composing music, but the makers engaged in these three inventions have shown the opposite to be true. In fact, from an Italian high school and two Italian universities, some truly useful and original musical innovations have arrived. Let’s see what they are.

Imagine a robot that plays a beautiful melody on the piano. Does this seem strange to you? This is certainly not the case for the students at the “Galileo Galilei”’ state high school in Catania (Sicily), who designed and created Musicurao. This robot pianist was built using a LEGO Mindstorm kit, programmed in SmallBasic, and consists of two hands and a track on which the hands slide, to play the piano. Through the use of  “smart LEGO bricks” EV3 Brick, 12 servo-motors and 2 ultrasonic sensors, the hands can actually play a piano keyboard. The original idea comes from a group of young students who are as passionate about music as they are about robotics, namely, the Musicurao Team that has already won a Team Spirit Award.

This very special musical instrument was designed and developed by Silvio Scena, an engineer, systems engineer, and lecturer at the La Sapienza University of Rome, in Latina, a satellite campus near Rome, Italy.  Ottavia, in fact, is not a simple piano keyboard, but a mini-piano with which it is possible to play an octave at a time. That’s right! This innovative project allows you to disassemble and reassemble the various octaves of a standard piano and, if necessary, carry them with you if you only need one or two. This could be very useful, in the case of studio recordings, where Octavia can be used alone, and then “reunited” with the other octaves of the piano. Compact, portable, and modular: the dream of every pianist!

Who has never pretended to play an instrument without it actually being present? Now, finally, by wearing this special sensorized glove designed and created by Fabio Ballanti and Giovanni Saggio at the University of Rome (Tor Vergata), such an experience will be a little less virtual. The Soundglove, in fact, is an original “wearable device” for the hands equipped with sensors that allow you to play a virtual piano that is displayed on a screen in front of you. A great way to practice playing the piano in an efficient and innovative way.

These original inventions that combine music and robotics will be present, along with many other pioneering innovations, at the Maker Faire Rome – the European Edition 2019, the world-famous innovative technology fair that will take place from 18 to 20 October at the Fiera di Roma.