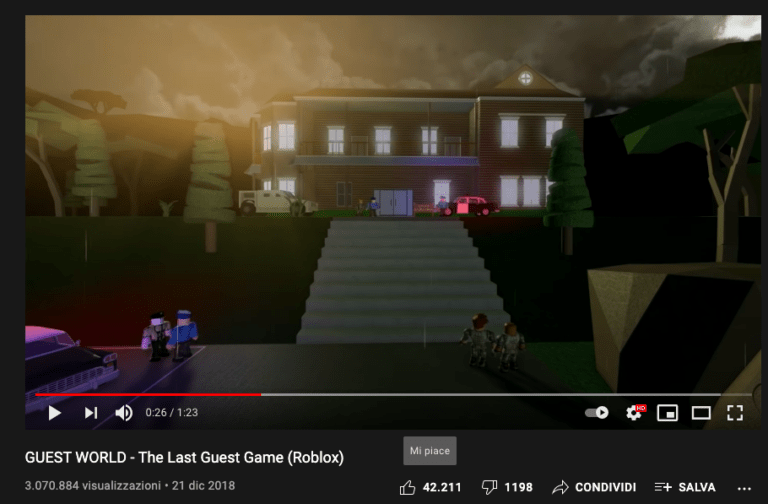 AT 13 THEY CREATED THEIR FIRST VIDEOGAME: NOW THEY ARE READY FOR CALIFORNIA AND THE BIG JUMP

In the beginning they were just gamers, then they started experimenting, even selling products to improve the gaming experience

Matthew and Ben Horton are a pair of twins in their 20s from rural Norfolk in the UK. They started their first video game when they were 13 and now earn £100,000 a year each. That’s enough to pay their parents’ mortgage and their siblings’ university fees. They now live, still together in Crawley, West Sussex, but have plans to move to the US, to Los Angeles, California, and start their own company. “We have already applied for a visa. Moving to the US would allow us to be close to our audience and other developers,” said Matthew, in an interview with a local newspaper.

So much success is also linked to a market, that of video games, in great expansion. Newzoo, one of the world’s leading eSports and gaming analysts, predicts that by the end of 2021 the gaming industry will have generated a total of $175.8 million (half of which will come from the mobile market) and will break through the $204 million mark by 2023. An impressive turnover, which Matthew and Ben were able to intercept. Let’s see how.

They were just players

Matthew and Ben created their first game on the Roblox platform (which quickly became so profitable that their parents feared they were dealing drugs). The two had been using the platform since 2010, initially as players. Then something happened. “For the first three years on Roblox we just played”.

Christmas 2013. During the Christmas holidays of 2013, twins started experimenting with creating their own game and “that really kick-started our career”, Matthew recounted. Matt and Ben’s first game was called Boat Ride and required users to navigate a world of attractions similar to those designed by Disney. Matthew and Ben didn’t just develop the game, they also sold optional products to enhance the experience. Over time, Matt taught himself video production so he could create trailers for the games, Ben learned programming and honed his ability to make his games more enjoyable and usable.

The twins divided their time between athletics tournaments, training, schoolwork and everything to do with games, which meant they often went to bed late, and got up at 6.30am to go to school. At 16, the profits became substantial, so much so that Matt dropped out of school after two months to go into video production full-time and Ben followed him at the end of the academic year.

Some months later Matthew made a film called The Last Guest, on the basis of which his brother Ben developed the video game Guest World, which earned the boys £67,000 in a year. The two have certainly not stopped and have at least another twenty video games under their belt.

Like all innovators, Matthew and Ben were able to turn the dramatic days of the pandemic (those of 2020) into opportunities. They worked hard. So much so that engagement with their games increased by 30-40% in those days.