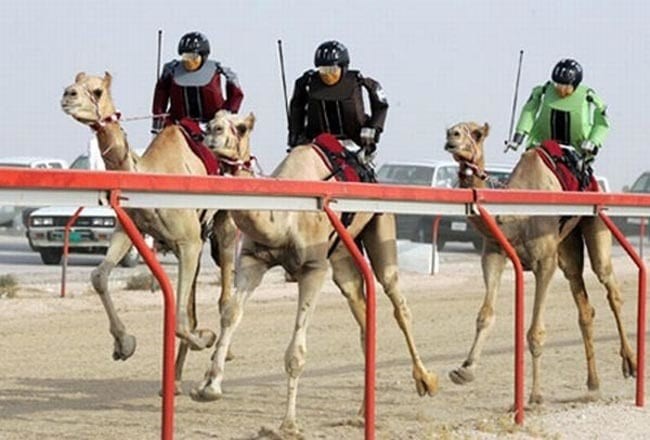 Robot technology has reached desert tracks in the UAE, and it’s holding camels by the reins