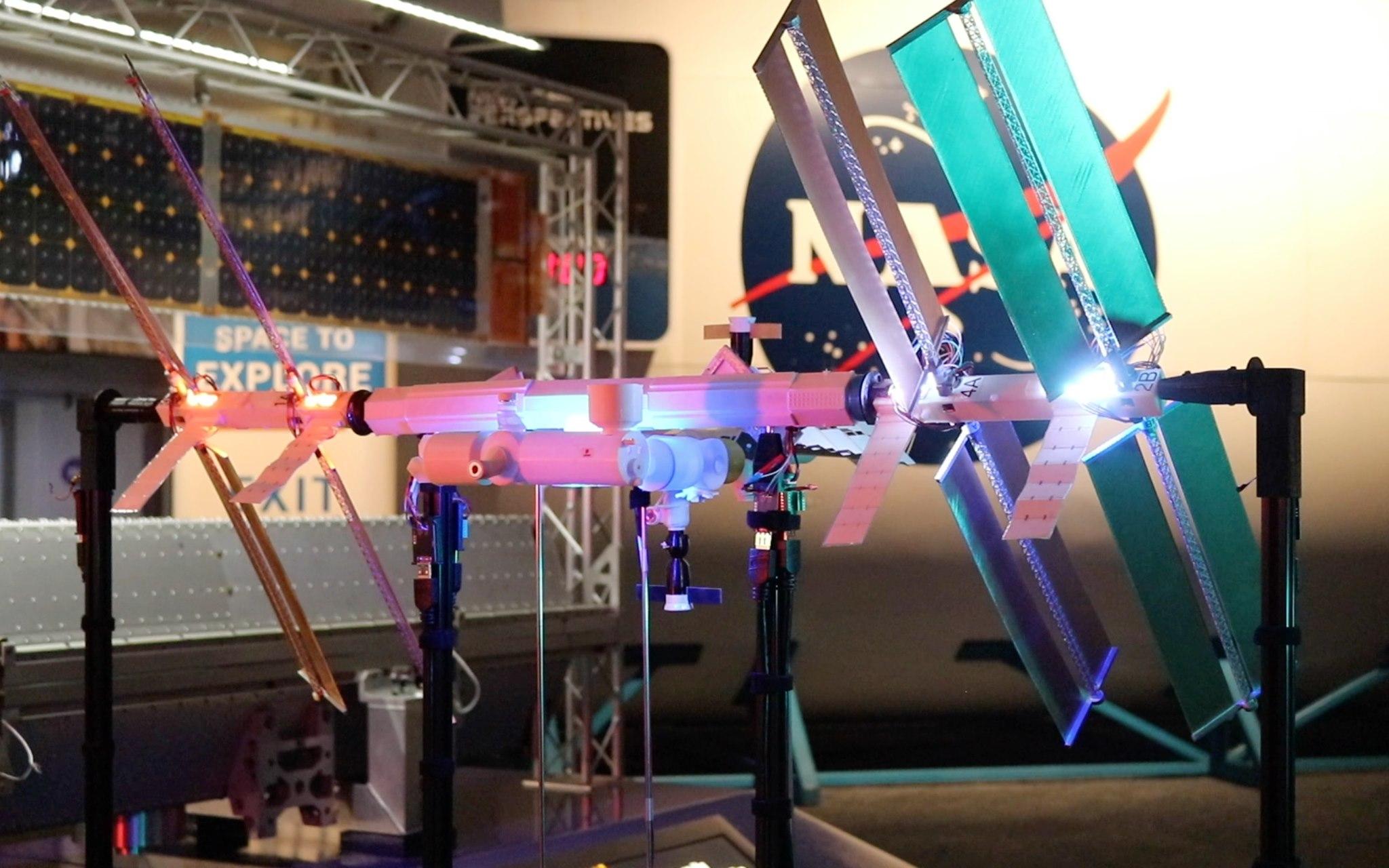 ISS Mimic is an open-source, 3d-printed model of the International Space Station (ISS). A Rasbperry Pi grabs streaming ISS data from a public NASA server and feeds it to Arduinos which command motors to rotate its solar arrays and light LEDs to sync with the real ISS. Pi touchscreen displays allow users to dig deeper into data and manually control the physical model, including playing back logged orbits at 60x speed.

This volunteer project was founded by ISS engineers who want to help connect the ISS with the world that created it - in education and everyday life.

ISS MIMIC is a 1:100 scale articulating model of the International Space Station that runs off of live data streaming from the real ISS. It's entirely open source and uses familiar STEM components like Arduino and Raspberry Pi and was designed to be built by students. It includes lots of 3D printed components: truss elements, crew modules, radiators, solar arrays, functional gears, and visiting vehicles.

ISS is always moving - and so is ISS Mimic. The Solar Arrays move to track the sun and keep the batteries charged - the Beta Gimbal Assemblies (BGAs) spin the arrays. The ends of the truss also need to rotate so that the arrays can rotate about the truss - the Solar Array Rotary Joint (SARJ) allows the outboard truss to spin. We even use slip rings to allow the wires to still connect to the outboard truss segments while they are spinning.

Raspberry Pi drives our touchscreen User Interface, receives the NASA live data stream, and sends commands to the Arduinos. The Arduinos drive the Solar Array BGAs, the SARJs, and the radiators to the exact position of the real Space Station. Arduino also controls a series of LEDs that show the charge status of the Solar arrays and all LEDS in the modules that will expand to respond to user input.

But that isn't all ISS MIMIC does. The User Interface has lots of screens (and more coming) that allow you to interact with the rest of the ISS data that is in the live stream and other neat information about how the Space Station works, live Extra-vehicular Activity (EVAs), and how the crew works on the space station.

The volunteers are mostly engineers who's day job is supporting the International Space Station. We come from a variety of backgrounds and enjoy sharing our love for space exploration and engineering with anyone who will listen. We are always recruiting more to the team and you certainly don't need to be an engineer to join! #CodersWanted