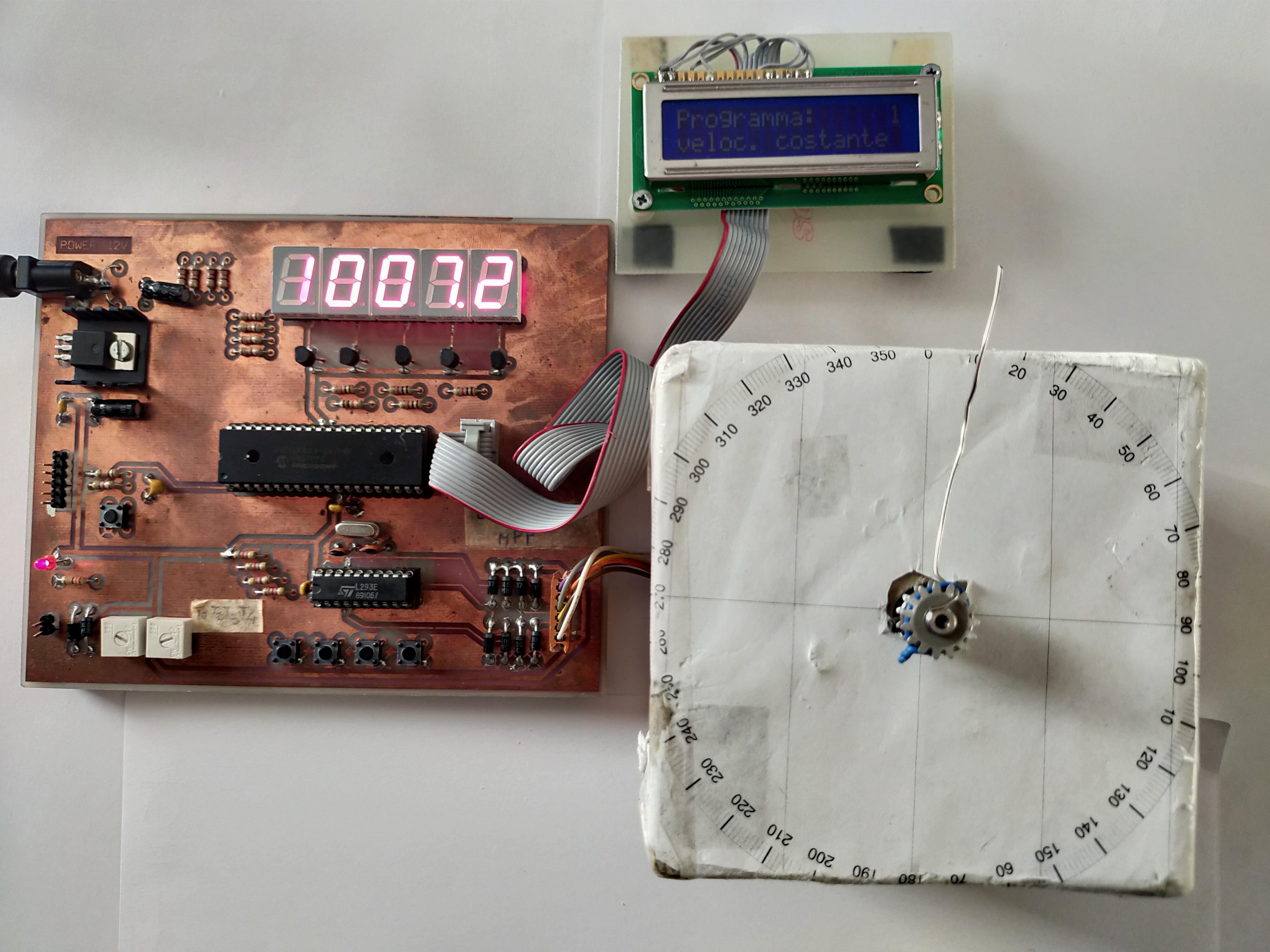 The idea of â€‹â€‹creating an "electronic goniometer", that is an electronic board with a digital display capable of providing the rotation angle of an actuator, was born last year, during the lock down period, by a group of strong-willed students who tried, getting their hands dirty, to overcome the difficulties born of teaching without laboratories.

The idea was to create a system to be used as an educational platform, to make the actuators, sensors, low-level programming, decimal to binary conversion understand, studied with different sensibilities and aspects in the courses of the Electronics and Robotics specialization â€œIIS Tito Sarrocchiâ€ of Siena.

From a technical point of view, the completely self-built board generates square wave pulses, at each transition from five volt level to zero volt level the motor takes a step, depending on how it is driven, equal to 1.8 degrees or 0.9 degrees and on the viewer made with five seven-segment displays the rotation angle is displayed minute by minute and at the same time the motor rotates at the same angle.

The direction and speed of rotation can be varied and, after a complete revolution, the most significant figure on the display indicates how many revolutions the motor shaft has made. When the direction of rotation is reversed, the angle is subtracted until it reaches zero, and then passes to a negative value.

There is also an analog to digital converter on the board, to switch from base ten to base two or hexadecimal numbers. The board contains a PIC microcontroller, so all the electronics have been developed to make it work without resorting to other already built boards on the market.

Bartalini Davide, Lucia Leonardo, Machetti Federico, Papini NiccolÃ², are four students of class IV of the Electronics and Robotics specialization of the IIS Tito Sarrocchi of Siena, passionate about technology try to implement it in the various projects that arise from their creativity.