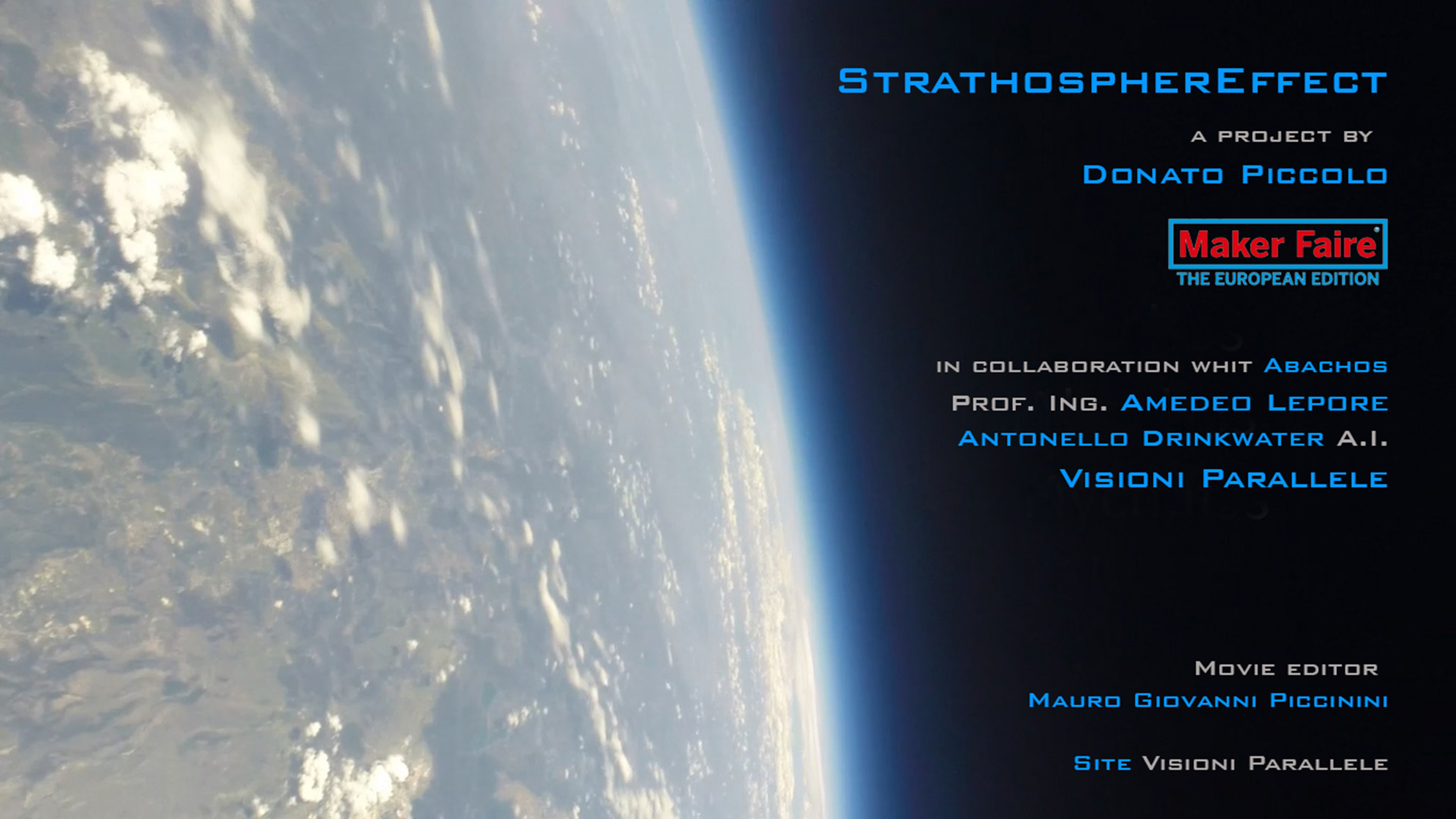 Strathosphereffect is an artistic space project that consists of sending a probe into the stratosphere, built for the occasion with a hot air balloon and a drone.
The probe, equipped with sensors and video cameras, contains software equipped with artificial intelligence capable of capturing external frequencies to switch them into sound and then generate an "astral" melody.
for Make Faire a video was created that describes the symphonic variations of the probe in orbit and an online SITE was created that contains videos, photos, 3d of the space between finction and reality, between science and art .. www.strathosphereffect. com