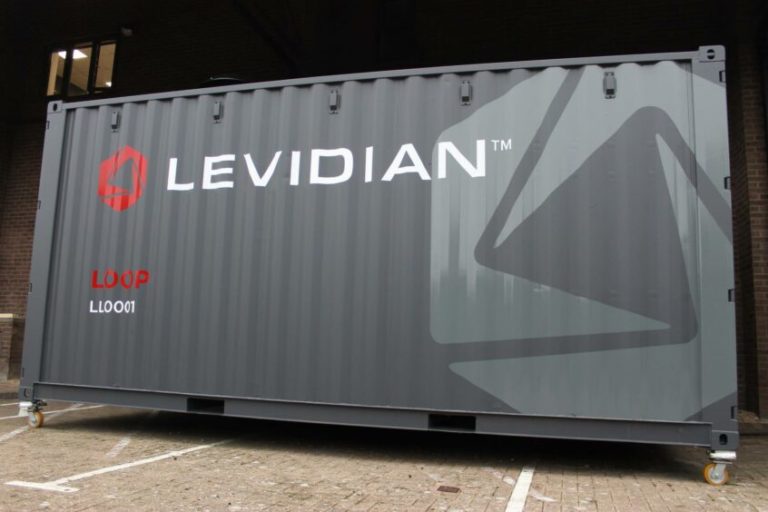 Turning flare gas into hydrogen and graphene may be a game changer: a pioneering company has struck a deal to help doing that on massive scale in the UAE.

Graphene, which consists of monolayers of carbon atoms bonded in a repeating hexagonal pattern, is the thinnest known material. It was isolated in 2004 at the University of Manchester by Andre Geim and Konstantin Novoselov, who went on to win a Nobel prize for their discovery.

Adding graphene to materials can help increase efficiency. Manufacturers can add it to paint, to rubber for tyres and to building materials.

Production of cement and concrete account for 8% of global emissions. Put graphene in it and you can increase the strength per cubic centimetre twofold, so you only need half the amount.

The graphene market is not yet commoditised. However, it has grown at 39% in the last few years. “

Now, a pioneering UK-based company, Levidian, has developed a technology, the LOOP,  that will produce both green hydrogen and high-quality graphene. LOOP docks into existing infrastructure to strip carbon from gas flow, which could help businesses and national infrastructures to decarbonize.

The device uses electromagnetic waves to ionise methane into a plasma. Loop combines three areas of interest in one. It can tackle a gas problem, a need for hydrogen and a need for graphene.

“You take gas in, you strip the carbon out, you produce hydrogen. Decarbonising gas, making hydrogen and making graphene is all part of this global megatrend,” – Levidian CEO Hartley told Energy Voice in a recent interview. “The focus of growth for the company is in hydrogen, that’s where most of the demand for Loop comes from.”

The LOOP system is modular and stored in a shipping container, making it easy to move around the world.

The challenge to decarbonize the UAE

Levidian has recently struck a deal to help decarbonise flaring sites in the United Arab Emirates.

Levidian system on its way to the UAE would help decarbonise upstream operations.  Methane is a big issue; if the Loop can capture that it will be hugely useful.

The agreement will see more than 500 LOOP decarbonization systems rolled out across the UAE, together with Zero Carbon Ventures, which will focus on decarbonizing waste gas on landfill and gas flaring sites, partnering with major oil and gas companies, and government agencies across the Emirates.

Using Levidian’s expertise in nanomaterials and Zero Carbon’s extensive network, the graphene produced by LOOP will be used to enhance and further decarbonize industrial materials in applications like paints and coatings, plastics and composites, building materials, and battery technologies. The clean hydrogen will be used in fuel cells and heat and power applications.

The importance of hydrogen

In terms of the energy transition, hydrogen is going to play a key role – even if there remains some uncertainty over how to find the right mix of supply and demand.

Areas that need substantial amounts of heat are one market for hydrogen. That heat demand has historically been the hard-to-decarbonise part of the energy system.

Operators can use Levidian’s Loop in a cluster, where gas sources meet this heat demand and a desire – or a need – for decarbonisation. The other opportunity for the technology is where demand for one part of the three is so compelling that it makes the case.

Discover how Levidian may ‘close the LOOP’:

Beyond the initial LOOP, Levidian is working on “more and bigger of those” devices. It is also carrying out research on where to apply graphene.

At present, Levidian does not sell its Loop devices but rather leases the units. Companies can take the hydrogen and tackle their emissions problems with payback of less than five years, typically.