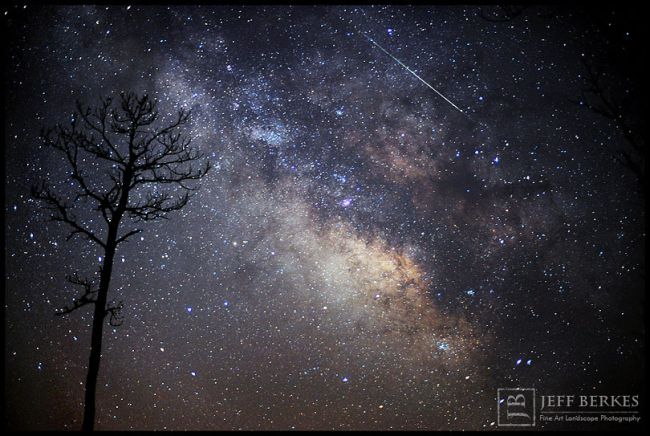 Look up overnight on April 21 and April 22! Here’s what to expect

One of the “Old Faithful” of the annual meteor showers will be reaching its peak this week: the April Lyrids.

The 2020 Lyrid meteor shower this week coincides with the new moon, meaning that there will be absolutely no lunar interference with getting a good view of these celestial streakers. Lyrid meteors may be seen any night through April 25; they are above a quarter of their maximum in numbers for about 2.5 days of this time.

On their peak night, which occurs overnight on Tuesday (April 21) and into the early hours of Wednesday (April 22), as many as 10 to 20 meteors per hour may be visible under dark, clear skies. The peak usually lasts for just a few hours.

In 2020, according to the Observer’s Handbook of the Royal Astronomical Society of Canada, predicts this year’s maximum occurring at 2 a.m. EDT (0600 GMT), which is considered to be good-to-excellent timing for observers across much of North America.

Of course, fewer meteors will be seen from locations hindered by bright lights or obstructions that block parts of the sky. In their book “Observe Meteors” published by the Astronomical League, authors David Levy and Stephen Edberg note of the Lyrids that, “… of the annual meteor showers, this is the first one that really commands attention, one for which you can organize a shower observing party with significant chance of success.”

Where to look and how to prepare

The paths of these meteors, if extended backward, seem to diverge from a spot in the sky about 7 degrees southwest (to the lower right) of the brilliant blue-white star Vega in the little constellation Lyra (hence the name “Lyrids”). Your clenched fist held at arm’s length covers roughly 10 degrees of the sky. The radiant point is actually on the border between Lyra and the adjacent dim, sprawling constellation Hercules. Vega appears to rise from the northeast around 9 p.m. your local time, but by 4 a.m., it has climbed to a point in the sky nearly overhead. You might want to lie down on a long lounge chair where you can get a good view of the sky.

Bundle up too, for while it won’t be a cold as on a midwinter’s night, nights in April can still be quite chilly. In fact, the current national weather forecast is indicating predawn temperatures on Wednesday at or below freezing across the Northeast US and Great Lakes states, as well as parts of the northern and central Rockies.

While seldom a rich display like the August Perseids or December Geminids, the April Lyrids have been described as “brilliant and fairly fast.”

About 20 to 25 percent of them tend to leave a lingering incandescent trail behind it for a few moments. Their orbit strongly resembles that of Comet Thatcher which swung past us during the spring of 1861. There is no chance that anyone living today will see this comet when it returns to the inner solar system, as it isn’t expected to swing by Earth again until the year 2276. However, the dusty material left behind by this “cosmic litterbug” along its orbit, produces an annual display of meteors in late April.

In the year 1867, Professor Edmond Weiss in Vienna noticed that the orbit of Comet Thatcher seemed to nearly coincide with the Earth around April 20 and later that same year, astronomer Johann Gottfried Galle confirmed the link between this comet and the Lyrids. Thus, the Lyrids are this comet’s legacy: the meteors that we see from this display are the tiny particles that were shed by the comet on previous visits through the inner solar system.

Read more about the Lyrids and other space wonders on Space.com

Maker Faire Rome – The European EditionÂ has been committed since eight editions to make innovation accessible and usable to all, with the aim of not leaving anyone behind. Its blog is always updated and full of opportunities and inspiration for makers, makers, startups, SMEs and all the curious ones who wish to enrich their knowledge and expand their business, in Italy and abroad.