Space exploration: the UAE joins the club with female astronaut and space design 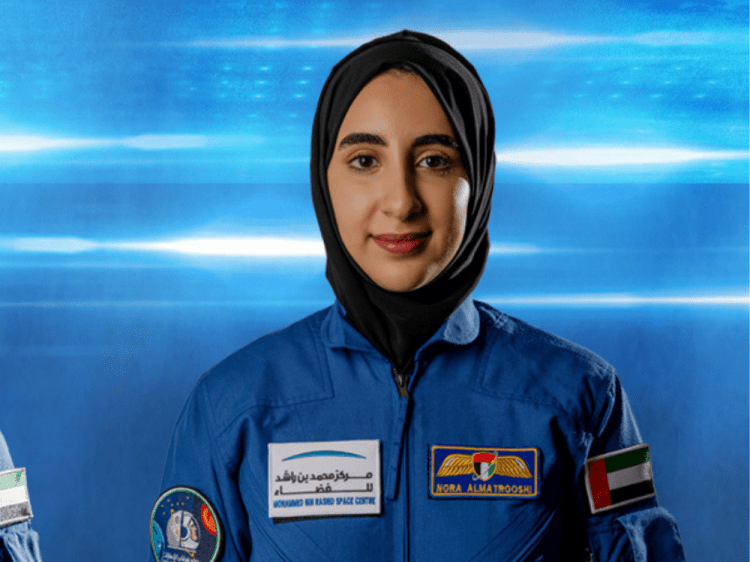 space exploration is big in the UAE: introducing the first femal Emirati astronaut and the designer who is making sure nobody gets bored

From Maker Faire Rome’s stage to the Johnson Space Centre in Texas, the UAE effort to join the outer space challenge is sound and solid

Nora AlMatrooshi is making history: at just 28 years old, she is the first ever female Emirati astronaut. It’s a childhood dream come true that she also sees as a “huge responsibility” as she’ll be representing her country and her people. She tells us how she was selected from more than 4,000 applicants in the UAE and is now training at the Mohammed Bin Rashid Space Centre’s base.

Only 65 women from around the world have been in space, and 28-year-old Nora Al Matrooshi, the first female Arab astronaut is on the path to becoming the 66th.  The newest recruit to the UAE’s astronaut training program – and the first female Emirati astronaut – hopes that her mechanical engineering degree will be her ticket to the moon.

Nora AlMatrooshi and her fellow trainee astronaut Mohammad AlMulla were selected from 4000 highly qualified candidates to lead the nation’s 9.8 million citizens into space.

The duo are looking forward to the gruelling 30-month program ahead of them which has already begun with them getting their divers’ licences, coming to grips with the Russian language and coaching for their many media interviews – and have moved on to flight and weightlessness school at the Johnson Space Centre in Texas and eventually harsh survival training.

Never too early to start dreaming

Nora AlMatrooshi has dreamed of the stars since kindergarten, when her teacher set up the classroom as the Lunar surface and the five-year-old future astronaut constructed a cardboard moonbase. That early longing to explore space charted her degree choice.

“I actually went after it. I chose to study a degree in mechanical engineering because of a documentary I watched when I was in high school. It was about a group of astronauts going to the International Space Station and the role of the mechanical engineer was highlighted,” she says.

Leading big construction projects in the desert has helped equip the daughter of two academics – a PhD father and English teacher mother – for Lunar construction.

Being an astronaut is a “very unique job”, extremely important, especially for Nora because she’s going to be the first female astronaut from our region to go to space. She can and will inspire millions of girls all around the world, especially in our country and in our region, because they will think that is now something that’s achievable for them Nora AlMatrooshi’s plans to help build the first moon base, and she might!

“It’s going to be challenging, obviously, but it would be something very interesting to do, and it will be different to doing projects on Earth.” AlMatrooshi says it’s essential to remind those in charge of your passions. “In the final interview before we were selected I told them I know that NASA has the Artemis program to get to the moon and that I really want to be part of that.”

The 28-year-old also sends a message of hope to those who share her love for space: “If I can do it, then you can do it too.”

Talking about role models, however, we cannot help but mentioning another person who is inspiring many others, starting from his students. This time though, the focus is on ‘design’: prof. Raffi Tchakerian

Aerospace design: big in the UAE

Aerospace in the UAE is quite a thing: recently, Maker Faire Rome 2021 had the honor to host on stage Aerospace Design specialist, prof. Raffi Tchakerian. In a witty and super interesting speech, he took us though the exciting challenge of designing for the outer space.

Following the talks from Tommaso Ghidini and Luca Parmitano from ESA, professor Tchakerian deepened into the topics they brought up about “living” in space, and helped understanding how design might prevent boredom on the long spatial missions, and make sure astronauts (and, soon, anyone that will have the chance to join them on board) enjoy the best experience they can and make the most of their time in space in full mental and physical health.

Aerospace design is a crucial discipline when it comes to design for long term missions and, most of all, for settling down “up there” – Moon and Mars being first on the list.

Want to find out more on Aerospace Design and professor Tchakerian’s work? Find some insights here, and look out for the options DIDI has to offer