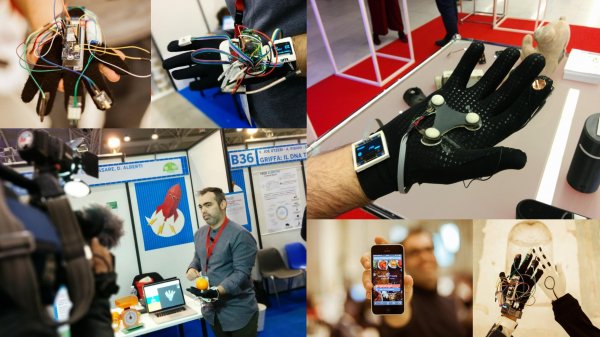 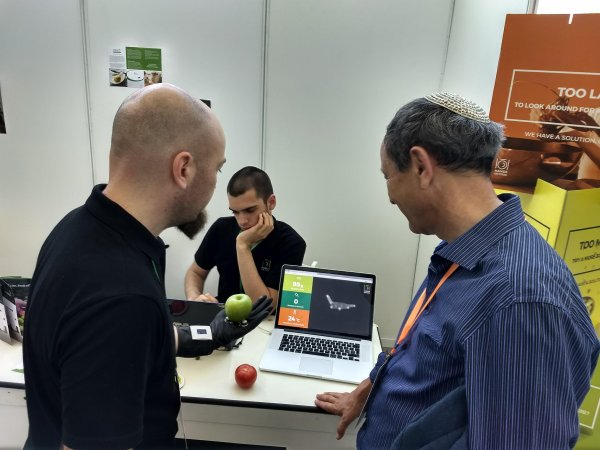 Palmo has been conceived thinking of human interaction in environments where manual skill and technique are applied to food preparation. The goal is to increase the perception of reality thanks to the combination of sensors integrated to strategic points in the hand and an App designed specifically for the execution of recipes and preparations.

THE IMPORTANCE OF GESTURES

Activities in the kitchen are carried out using a very important tool: your hands.

Tracing and analyzing hand movements will be an essential step to enrich the experience of Palmo through the use of "gestures", specific movements that will give users the opportunity to interface "hand free" with the system and not only: the ability to record them to be used in the near future for what is called "machine learning".

TOOLS
A HANDFUL OF SENSORS TO KEEP THE KITCHEN UNDER CONTROL
A WRIST SCALE. REALLY?

Yes. Weighing and dosing ingredients in seconds with a single tool integrated in your hand can save time and space in the kitchen. Who would not want that?

In our design hypothesis we have started to identify the key tools that can bring real utility in the kitchen.
Once connected, Palmo recognizes and manages the four sensors placed on the fingers, which can be configured according to the user's needs:

INFRARED TEMPERATURE SENSOR
SALT SENSOR
For the future, we are considering the possibility of extending the range of sensors with: 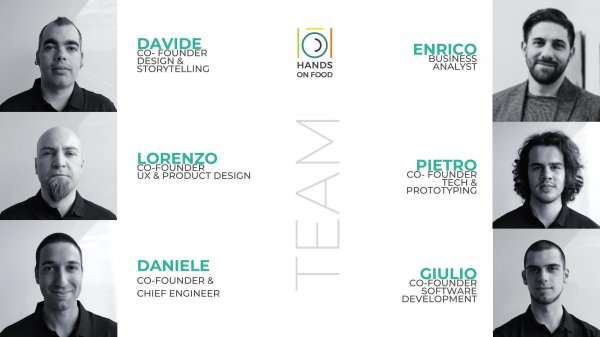