The robotic dolphin is so life-like that the volunteers who swam with it were shocked to learn it wasn’t real.

“Volunteers who have been swimming with the prototype have been quick to give it the tick of approval. People just believed that it was real until they were told it was not. It was just absolutely incredible.”

Whether zoos and aquariums are ethical or not is a slippery matter. While they provide educational opportunities, this classroom environment is provided by trapping creatures who normally have whole oceans to roam to environments the size of swimming pools.

Melanie Langlotz – an augmented reality gaming expert based in Auckland, New Zeland, who has been long bothered by the idea of animal captivity – has helped build a life-sized robot dolphin that looks and swims just like a real bottlenose and can react to human gestures.

As well as offering an ethical alternative to keeping dolphins in captivity and a novel tool for movie-making and wildlife education, it could end up plugging the gap for the struggling businesses.

Where it all started

Langlotz said it started with an ethical dilemma a year ago. She and her business partner Li Wang were asked to help design an aquarium in China with live dolphins and whales in its tanks – but neither were very comfortable with the idea of animal captivity.

Teherefore, they came up with the idea of using robotic or ‘animatronic’ dolphins instead and became determined to make it a reality.

“I started talking to anyone I could get my hands on who has ever had anything to do with animatronics. I was pretty much told that, ‘this is too hard’, ‘it’s really difficult’, ‘it’s a real piece of engineering artwork’ because they would be in salt water, there’s lots of electronics in there, let alone that they need to be on display for a long time. I couldn’t find anyone,” she said.

Eventually, an offer of help came from two animatronics experts in San Francisco, Roger Holzberg and Walt Conti, who helped make the robotic animals for movies like Star Trek and Jurassic World.

With their expertise then, the first 270 kg prototype was ready to splash into the swimming pool earlier this year.

Holzberg, who’s the former vice president and creative director for Disney, said it has a battery life of 10 hours and lasts in saltwater for 10 years – but the real magic is in its lifelike appearance. “This dolphin weighs, feels and has been engineered to simulate everything from the skeletal structure, to the muscular interaction with that skeletal structure, to the fat bladders and weight deposits on a real adolescent bottlenose dolphin,” he said.

So, Volunteers who have been swimming with the prototype have been quick to give it the tick of approval. “People just believed that it was real until they were told it was not. It was just absolutely incredible,” Langlotz said.

Among them was a child with austism whose reaction captured the attention of Holzberg. “It’s what she didn’t say that spoke louder than what she did say. This was a non-verbal child who was enthralled, astoundingly focused. I can only express it as sheer, open, love with the robotic creature that was in front of her,” he said.

There’s potential for the dolphins to be used as a therapetic measure for behavioural disorders, among a myriad of other uses.

Check it out yourself 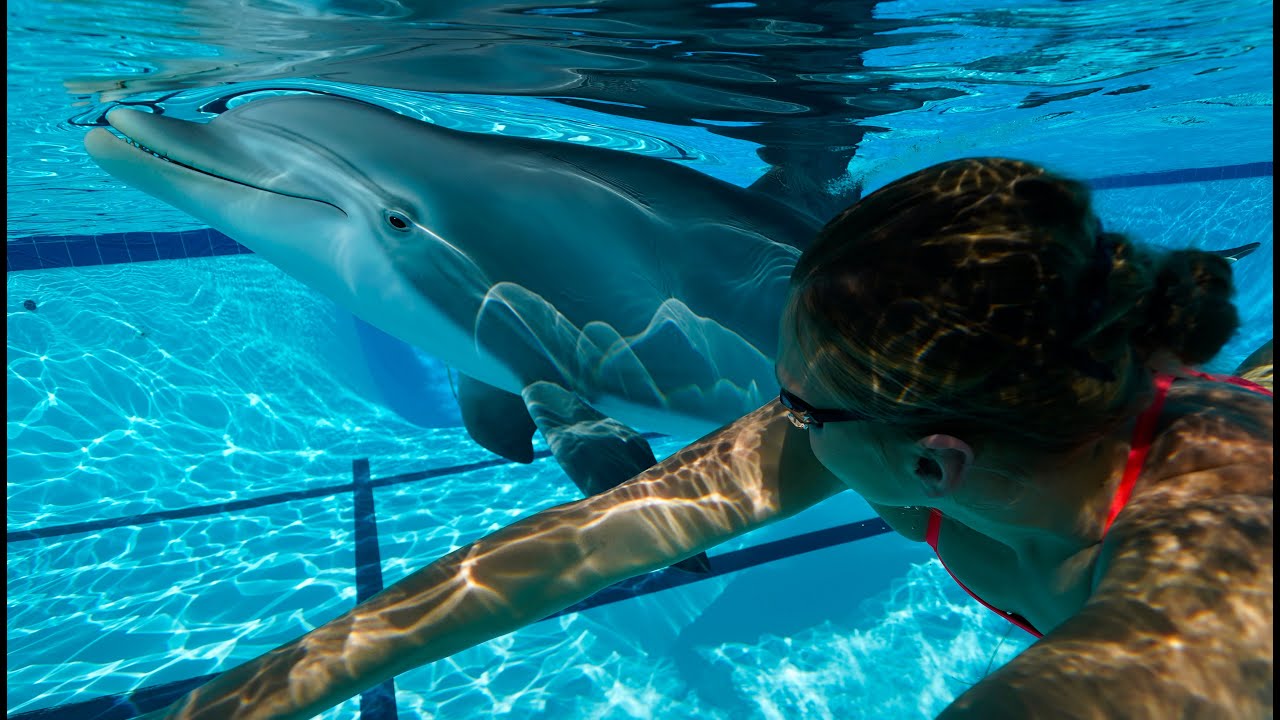 “This type of technology doesn’t just have to live in a themed aquarium. If I were to imagine … a sequel to Whale Rider, where we could go into the ocean, this technology would serve that incredibly well. This technology could also serve television, other kinds of storytelling media very well, and other sort of educational means,” he said.

The team is now looking at ways to mass produce the dolphins and add features, including a functional blowhole.

The buyers are already queuing up in China, where the government’s halted wildlife trade to stop the spread of Covid-19. “It will be very hard for any current operator to keep operating their aquariums, their oceanariums, in the old way. So we have been approached by most of the prominent operators of the theme parks in China,” Wang said.

“Just by showing videos [of the dolphin] to the whole industry, they are so excited about what we can offer.” Holzberg said they were already looking to replicate other sea creatures like whales and great white sharks.

Their end goal is to overhaul the whole marine captivity industry.