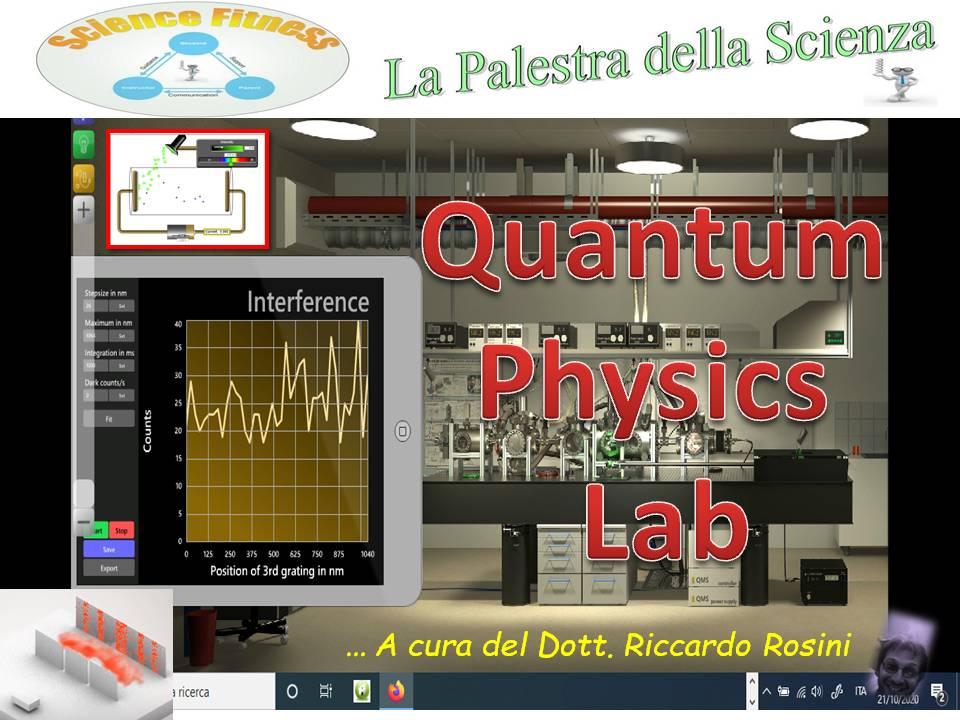 From LEDs to photovoltaic panels, up to the most modern quantum computers, quantum mechanics is now everywhere. Makers of all ages can no longer exempt themselves from not knowing the main mechanisms that counterintuitive and compelling this discipline.
Virtual networked laboratories are proposed (PHET simulations developed by Colorado University and SiReX simulations developed by the research group in quantum nanophysics of the University of Vienna) to describe quantum phenomena such as superposition, the photoelectric effect, atomic models.

Riccardo Rosini, completed Bachelor Degree in Physics at the La Sapienza University of Rome, collaborates with structures and associations of scientific edutainment(and education) and environmental education both as a speaker and as a curator and scientific explainer. He has played the role of Tutor for mathematics and physics exams in some private structures and of scientific trainer at a CFP of the Municipality of Rome. He improves scientific animation projects in schools, he is the founder of the â€œScienceFitness, La Palestra della scienzaâ€ project, he is attending the master's degree in didactic of physics at the Roma3 University of Rome. Distinguishing features: "quantum creative!"