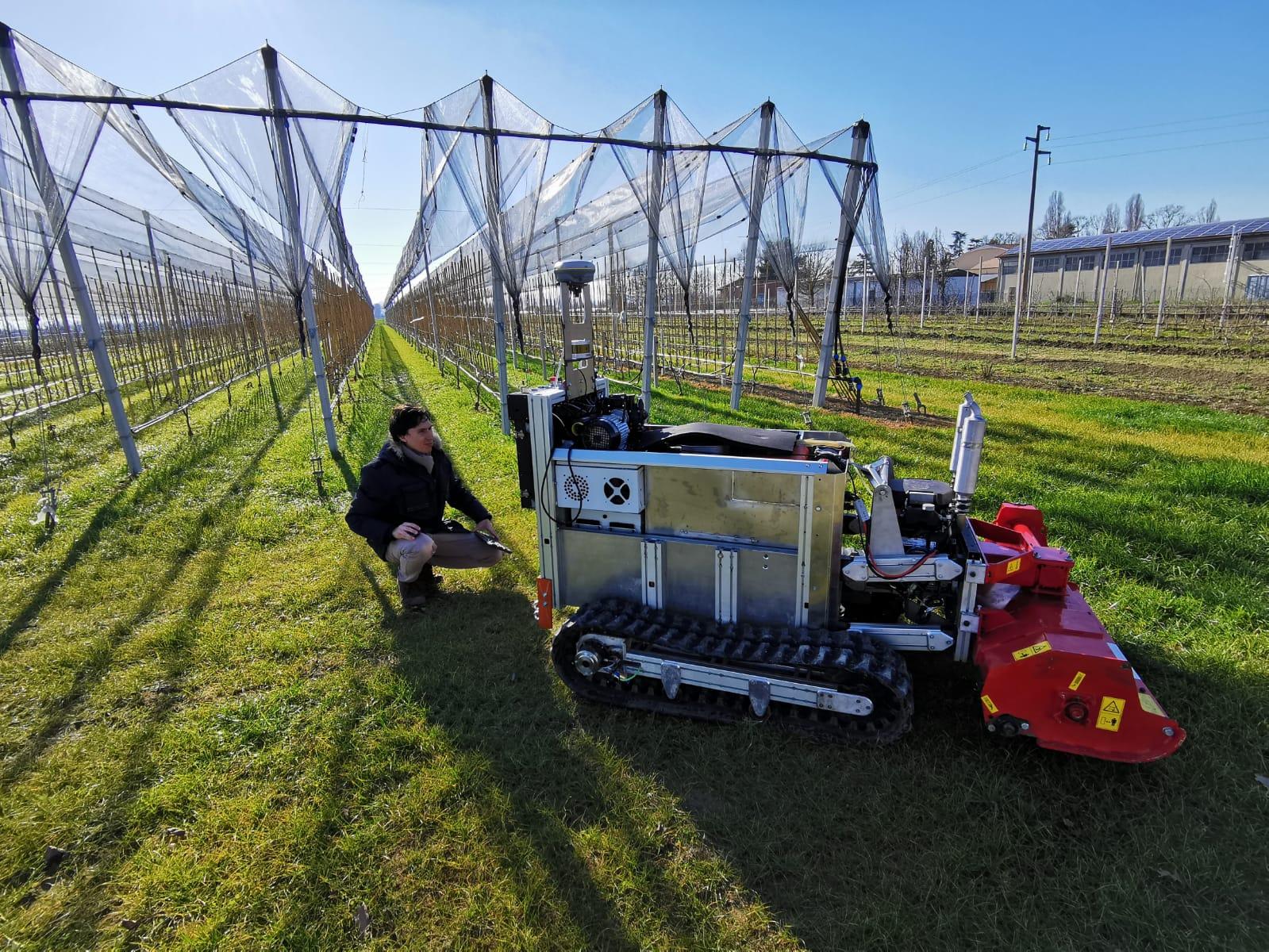 The project present an autonomous ground robotic platform for agriculture application, specifically targeted for small/medium orchard farms.
We propose a new vehicle concept as well as a new design procedure based on mathematical models. In addition, we also show the sensor suite and software
architecture to accomplish the implementation of the navigation algorithm designed to autonomously operate within the rows of an orchard.
In this context, we also want to show how to exploit the structure of the orchard in order to obtain GPS-free navigation within orchard rows.

Dario Mengoli received the M.S. degree in computer science engineering from the University of Bologna, Bologna, Italy, in 2008 and is currently attending a PhD in automation and operational research. He has worked as freelance consultant and was involved in several research activities on robotics and agricultural task automation. His main research topics include autonomous navigation, prototypes development, machine learning and automation software.

Roberto Tazzari received an M.S. degree in automation engineering from the University of Bologna, Bologna, Italy in 2017 and is currently attending a PhD in mobile robotics for precision agriculture. His main research topics include autonomous navigation, prototypes development, mechatronics design, and control theory.

Lorenzo Marconi received the M.S. degree in electrical engineering and the Ph.D. degree from the University of Bologna, Bologna, Italy, in 1995 and 1998, respectively. Since 1995, he has been with the Department of Electronics, Computer Science, and Systems at the University of Bologna where is now full professor. He has held visiting positions at various academic/research international institutions. He is coauthor of more than 200 technical publications on the subject of linear and nonlinear feedback design published on international journals, books and conference proceedings. His current research interests include nonlinear control, output regulation, control of autonomous vehicles, fault detection and isolation, fault tolerant control. Dr. Marconi received the Outstanding Application Paper Award in 2005 from IFAC for a coauthored paper published on Automatica, and the 2014 IEEE Control Systems Magazine Outstanding Paper Award for the best paper published on the magazine in the period 2012â€“2013. He is a member of the IEEE Control System Society, of the Control System Society Conference Editorial Board, and the Chair of the IFAC Technical Committee on Nonlinear Control Systems.