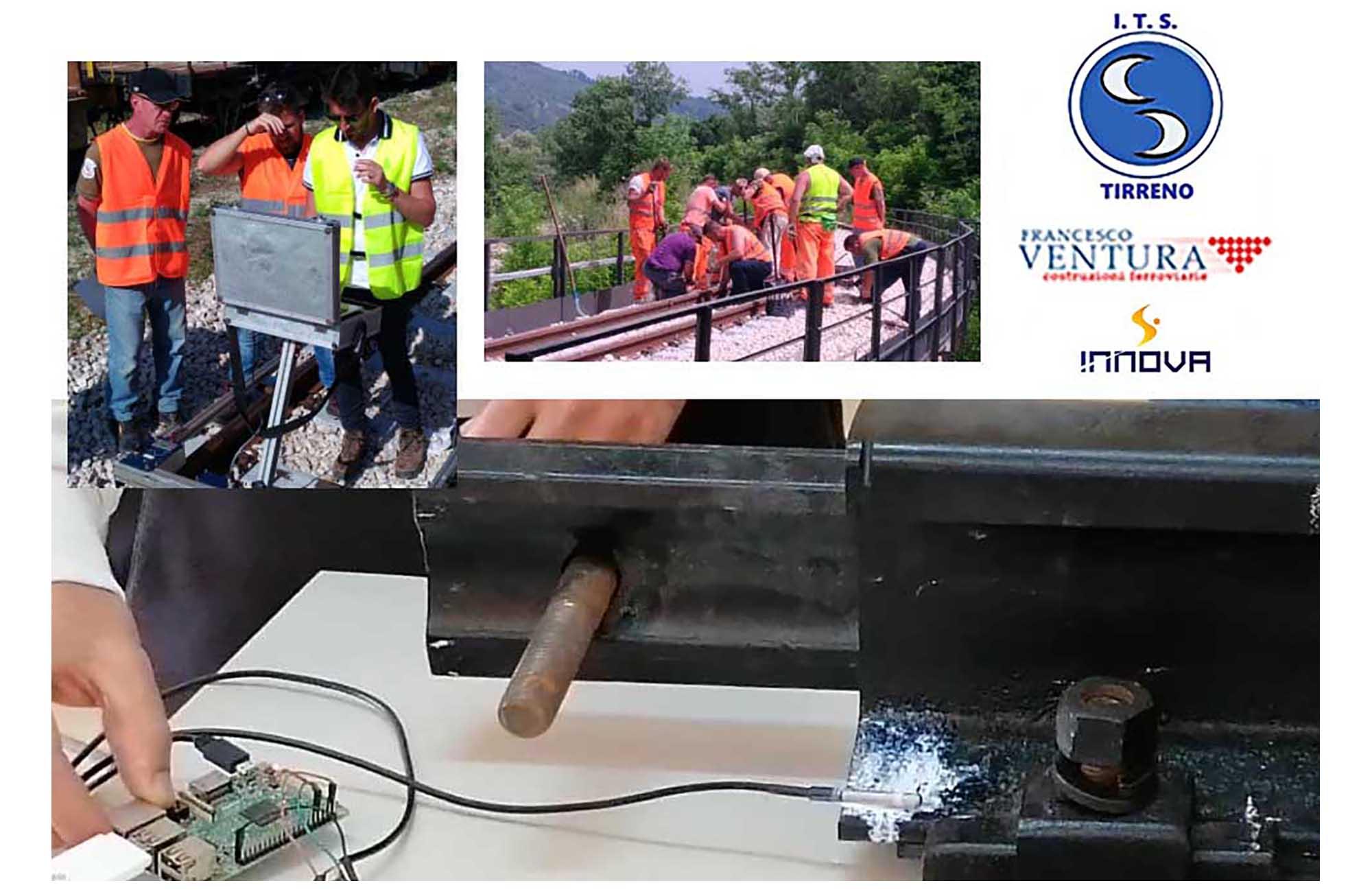 New system for the remote control of the rotation temperature. The project foresees an innovation of the current data acquisition system. Currently this acquisition takes place via a card that detects the temperature and sends a text message only in the case of exceeding the critical values,
The innovation presented extends the analysis and consultation of the data detected with an on-line monitoring system that allows the complete display of the temperature of all monitored sites; the operator will have an intelligent dashboard available, which can be consulted remotely via smartphone, tablet, PC or other.
The control panel in question (in the cloud) updated in real time by data from intelligent electronic peripheral systems (acquisition card, temperature sensor (s) and data transmission module), will allow you to manage alarms and make visible the temperature detected. The implementation of the project with the analytical control of thermal effects will drastically reduce the risk of buckling (misalignment of the track with failure of the same) and the related disastrous consequences

ITS TIRRENO
The Istituto Tecnico Superiore (ITS) Tirreno â€“ Nuove Tecnologie della Vita (New Technologies for Life) - is a Higher Technical Institute created in 2012. It is partly funded by the Italian Ministry of Education and partly by the Calabria Region. It offers 2-year single-cycle higher education for highly skilled technicians in four sectors::
â€¢ Production and maintenance of biomedical equipment and devices
â€¢ Industrial and environmental biotechnology
â€¢ Production and maintenance of means of transport and/or related infrastructure
â€¢ Innovative management of tourist â€“ accommodation facilities and cultural activities
Courses last four semesters for a total amount of 1960 hours, including theoretical lessons, lab activities and 600 hour company traineeship. Digital teaching and assessment materials are available for each course on the E-learning Platform of the Foundation. Each student, with personalized access, can make use of the published materials. Learning activities are enhanced by a web-conferencing system for distance learning, online seminars and lectures. Currently we have two classes for each course for a total of 100 students. The selected teachers have to attend a training course, after which they undergo a test assessing their skills on the course topics. 50% of teachers have to be chosen from the world of work; some come from the academic world.
PROJECT TEAM
Eng. IESSI FRANCESCO GREGORIO
Francesco Gregorio Iessi was born in Lamezia Terme on February 12, 1981, he lived in Filadelfia (VV) until he was 19. In 2000 he moved to Rende (CS) to study engineering. He graduated in Electronic Engineering from the University of Calabria in 2006. He carried out his experimental thesis work at the Naples section of the Institute of Microelectronics and Microsystems of the CNR and worked at the same research institute until in February 2007. In March 2007 he won a research grant at the CNR-INOA in Naples. Subsequently, he worked for about 13 years on the design of electronic boards for automotive applications for satellite tracking of vehicles. He specializes in the analysis of consumption of electronic boards and the design of consumption optimization strategies for increasing the autonomy of battery-powered devices. In 2015 he became CTO of Si Innova srls, an innovative startup specializing in plant monitoring systems and digitization of information on public lighting systems. In the following years he became the owner and patent inventor of a "Method for optimizing a complex of lamps for public lighting". It manages the censuses and the design of numerous energy efficiency interventions of public lighting systems of various municipalities in Italy. In 2019 he founded IoG technology srl, an innovative startup that deals with developing innovative solutions for electronic devices for IoT, Home and Automotive applications with a view to optimization and energy recovery. Since 2019 he has also been involved in teaching electrotechnics and electronics in various courses at the Istituto Tecnico Superiore Tirreno nuove tecnologie della vita in Fuscaldo (CS) for the same school he coordinated partner companies, teachers and students for the design and construction of the prototype of the ARTM system: Automatic Rail Temperature Monitoring commissioned by the Francesco Ventura Costruzioni Ferroviarie srl.

Eng. DILIBERTO PEPPINO
Eng. Peppino Diliberto is a Technical Director of Francesco Ventura Costruzioni Ferroviarie Srl, where Peppino deals with the production of railway yards, the design of railway systems, subways and tramways as well as, based on the experience acquired in the sector, deals with the training of personnel in company training courses. Occasionally, he lends his activity as a trainer at professional institutes.
Peppino graduated in Mechanical Engineering with a specialization in Construction at the University of Palermo with a grade of 110/110 cum laude. During his university training courses, he worked as a freelance surveyor in design studios. After graduating, he worked as a freelancer and, in 2000, on the occasion of the technological equipment works of the new Galleria dei Peloritani, on the Messina-Palermo railway line, in which he held the role of Technical Director of the Temporary Association of Companies he began to lend his consulting activity for Francesco Ventura Costruzioni Ferroviarie Srl. In 2004, the consulting relationship was converted into a fixed-term hiring. During the period of professional and employee collaboration, Peppino worked on various projects both in Italy and abroad. Among the latter are the works for the construction of a new railway section, built with European standards, on the Serbian territory on the Gilije-Cuprija - Paracin line, the collaboration with an Iranian company for the construction of new projects on the Tehran - Karaj Railway and on Sangan - Herat, as well as in the preparation of the tender for the construction of the first high-speed QOM - ARAK line, in collaboration with the company of Condotte Spa